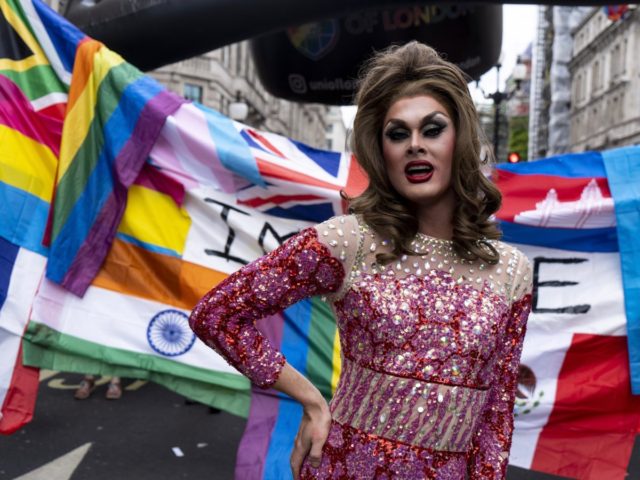 The mainstreaming of transgender ideology has had a “corrosive impact” on British society and has had a negative influence on the wellbeing of children, a study from think tank Civitas has found.

The former director of the Centre for the Study of Higher Education at the University of Kent, Dr Joanna Williams, wrote in her report The Corrosive Impact of Transgender Ideology that transgenderism has moved from a “niche” concern to a main political focal point over the past two decades as a result of the British establishment coalescing “behind the demands of a tiny transgender community”.

“Previously authoritative institutions now lack confidence in their own ability to lead and look to the transgender community as a victimised group that can act as a source of moral authority. However, this, in turn, erodes sex-based rights and undermines child protection,” Dr Williams wrote.

“People in positions of power within the realms of media, education, academia, police, social work, medicine, law, and local and national government have been prepared to coalesce behind the demands of a tiny transgender community,” she added.

The report called for the government to ban the prescription of puberty blockers for children under the age of 18, to prohibit the study of transgender claims that contradict biological realities, and to ban schools from allowing students to ‘socially transition’ at school without the permission of parents.

The study noted that the pervasiveness of transgenderism has resulted in a significant rise in the number children” ‘who experience difficulties in the development of their gender identity’” being referred to the Tavistock — the UK’s national clinic specialising in treating children.

“The number of 13-year-olds referred for help in the past year rose by 30 per cent to 331, while the number of 11-year-olds was up by 28 per cent on the previous year. The youngest patients were just three years old. Three-quarters of children who want help to change their gender are now girls – the highest proportion ever recorded,” the study found.

Dr Williams pointed out that puberty blockers are “frequently presented to young people as a straightforward and temporary solution to the apparent ‘problem’ of their changing body”, despite the fact that the drugs “may cause irreparable harm to a child’s developing body and have a detrimental impact on future fertility”.

In arguing for a ban on giving the drugs to adolescents, Williams said that “as a society, we forbid people below the age of 18 from purchasing cigarettes or alcohol yet we deem them capable of consenting to body-altering drugs”.

The study also went on to decry the impact the transgender movement has had on the public discourse in Britain.

“The expansion of transgender rights has gone hand in hand with an expansion of state and institutional (both public and private) regulation of speech and behaviour. This highlights a significant difference between today’s transgender activists and the gay rights movement of a previous era,” Dr Willams said.

As opposed to the gay rights movement, which Williams argued sought freedom from the state, the transgender movement “calls for recognition and protection from the state in the form of intervention to regulate the behaviour of that outside of the identity group”.

“Whereas in the past, to be radical was to demand greater freedom from the state and institutional authority, today to be radical is to demand restrictions on free expression in the name of preventing offence,” she added.