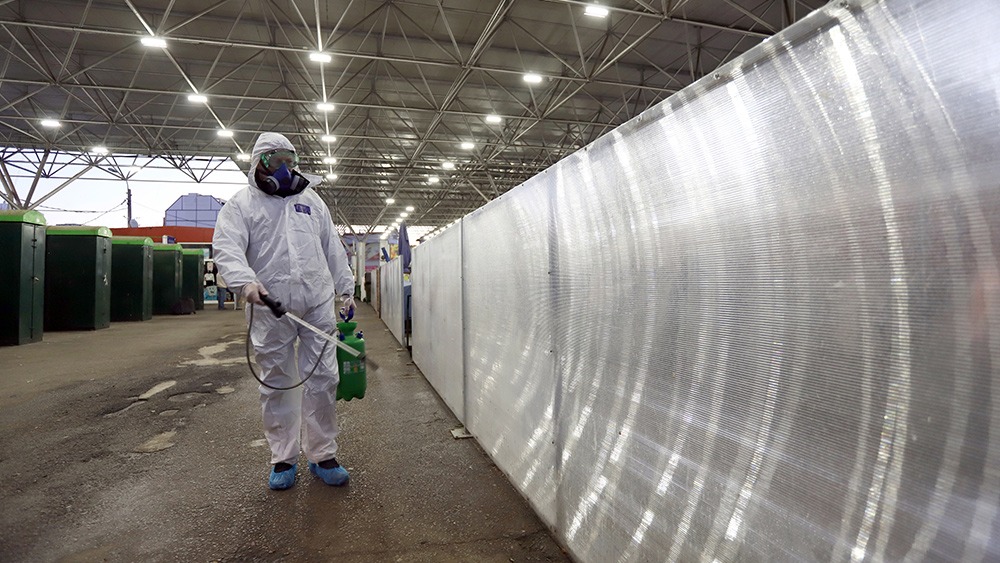 (Natural News) Arguably the worst place to be in America right now – besides, perhaps, the violence-ridden Seattle CHOP zone or the feces-smeared streets of San Francisco – Rockland County, New York, is once again in the news for tyrannizing its citizens.

In response to a new Wuhan coronavirus (COVID-19) “cluster” that is being blamed on an area resident who decided to have a few friends and family over for dinner, Rockland County officials are demanding that everyone who attended this gathering submit to so-called “contact tracers” by handing over personal information about their contacts and interactions.

Though the Constitution forbids the government from violating people’s personal privacy without due process (Fourth Amendment), as well as from coercing people into incriminating themselves (Fifth Amendment), Rockland County has once again taken it upon itself to be judge, jury and executioner in this case as it pertains to the never-ending plandemic.

According to reports, local officials in Rockland County are outraged that some of the people who attended the aforementioned party are refusing to talk to the Wuhan coronavirus (COVID-19) contact tracing “police.” Consequently, the county is now threatening these people with expensive subpoenas that could cost up to $2,000 per day.

“The health of our county” will not be “compromised because of ignorance, stupidity, or obstinance,” the infamous Rockland County executive Ed Day, a Republican, arrogantly told local news reporters.

In the following episode of The Health Ranger Report, Mike Adams, the Health Ranger, talks to a contact tracing whistleblower who warns that, eventually, this is all going to evolve into door-to-door forced vaccinations and FEMA kidnapping campaigns:

Why aren’t any “protesters” getting blamed for this new “cluster?”

Despite weeks upon weeks of violent “protests” that involved untold thousands of domestic terrorists swarming the streets of New York City and surrounding areas in response to George Floyd, Day and his band of totalitarian cronies are blaming a handful of peaceful Rockland County residents for supposedly igniting this latest alleged cluster of the Wuhan coronavirus (COVID-19).

And despite growing calls to “abolish the police” in response to “systemic racism,” Rockland County is now asking for more police presence to punish law-abiding residents who, within their rights as Americans, are choosing not to divulge personal information to unelected contact tracers.

For those unfamiliar with him, Day is the same medical tyrant and outspoken fascist who back in 2019 called for parents of unvaccinated children to be arrested and jailed for refusing vaccines.

Day also decided to ban unvaccinated people from all public places in Rockland County, even though he does not actually possess any authority whatsoever to do this.

Nevertheless, Day is still at it, trying to police people’s personal lives in violation of his oath of office, and for whatever reason the people of Rockland County are, by and large, allowing him to do this – or at least not putting up any resistance to his agenda.

Patricia Rupert, another local tyrant in Rockland County who holds the title of “health commissioner,” whined to the media about how some of the people who attended the party in question are refusing to speak with her and her staff, and are even hanging up on them in response to their harassing calls.

“Many do not answer their cell phones and do not call back,” Rupert further complained. “Sometimes, parents answer for their adult children and promise that they have been home consistently when they have not been. This must stop.”

To put it plainly, the Founding Fathers took up arms for much less than what Rockland County has repeatedly tried to unlawfully and unconstitutionally impose on its citizens. Just saying.

For more related news about the Wuhan coronavirus (COVID-19), be sure to check out Pandemic.news.