Everything points to Durham deliberately running out the clock.

REPORT: Durham Under Pressure to Wrap Up Spygate Investigation, Could ‘Punt it to After the Election’ … And President Trump is Furious! 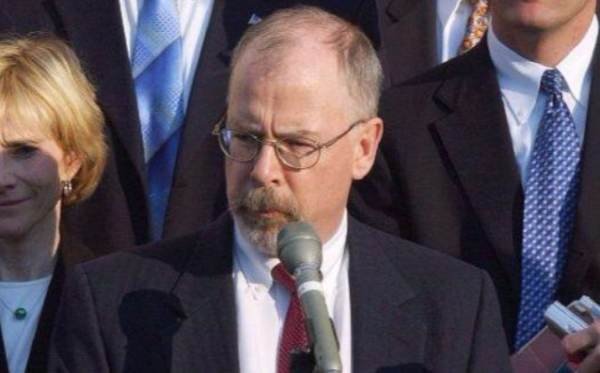 John Durham, the US Attorney from Connecticut appointed to investigate the origins of Spygate, is reportedly under pressure to wrap up his probe by the end of summer.

However, according to two sources who spoke to Fox News, Durham could wait to initiate prosecutions or reveal his findings until after the 2020 presidential election.

Two sources familiar with Durham’s investigation told Fox News this week that Durham is working expeditiously to try to finish the probe by the end of summer, but that several lines of investigation are not yet complete.

“He believes it’s critical to do them,” one source said. “He is feeling more pressure to get this done and wrapped up.”

The source also told Fox News that Durham “does not want this to be viewed political,” and the closer it gets to November, Durham could “punt it to after the election.”

What we know so far:

Award-winning investigative reporter John Solomon told Sean Hannity back in April that he knows of a few witnesses who have appeared before a DC grand jury.

John Solomon told Hannity he believes that Durham’s charges will start with Kevin Clinesmith, the lawyer who fraudulently changed a document to deceive the FISA court.

Durham has added to his investigative team and is reportedly focusing on the Intel Community’s assessment that the Russians interfered in the 2016 election.

CNN reported a few months ago that Durham and his team have been reviewing highly classified documents inside of a SCIF [Sensitive Compartmented Information Facility] and in recent weeks added FBI agents to his team of investigators.

What good is all of this work if Durham is going to punt prosecutions until after the election?

President Trump is furious that ‘nothing is happening’ to the coup cabal who illegally spied on him and tried to remove him from office.