Why was John Roberts even installed as the SCOTUS Chief Justice in light of his history of seizures? Easier to manipulate and control? 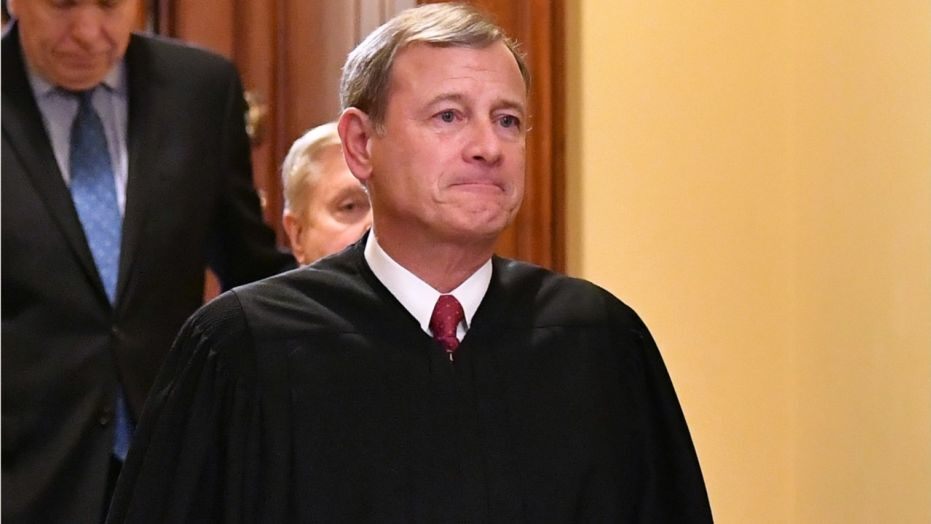 His injury was serious enough to require stitches, a report said

U.S. Supreme Court Chief Justice John Roberts spent a night in a hospital last month after injuring his forehead in a fall near his home, Fox News has confirmed.

After the injury, Roberts’s head was covered in blood, a source told The Washington Post, which first broke the story.

Roberts fell while taking a walk at a Maryland country club, the report said.

The chief justice, 65, has a history of seizures, having suffered such health events in 1993 and 2007, but doctors determined that last month’s fall did not result from a seizure, Supreme Court spokeswoman Kathleen Arberg told the Post.

Instead, doctors believe Roberts suffered some lightheadedness because of dehydration, the report said.

Roberts was taken to a hospital by ambulance after the June 21 incident at the Chevy Chase Club. His injury was serious enough to require an unspecified number of stitches, according to the report.

He was released from the hospital the following morning.

“The Chief Justice was treated at a hospital on June 21 for an injury to his forehead sustained in a fall while walking for exercise near his home. The injury required sutures, and out of an abundance of caution, he stayed in the hospital overnight and was discharged the next morning. His doctors ruled out a seizure. They believe the fall was likely due to light-headedness caused by dehydration.”

The spokeswoman did not say why the incident was not disclosed sooner. The Post, reported, however, that the source claims several witnesses saw the fall occur.

Roberts’s seizures happened in Maine in 2007 on a dock near his summer home and in 1993 at a golf course. The cause of the seizures was never determined, according to reports.

Roberts disclosed the 1993 seizure during the vetting process before he was confirmed to the Supreme Court in 2005, the Post reported. He was appointed by former President George W. Bush.

Roberts, a conservative nominated by President George W. Bush who has led the court for nearly 15 years, has joined his liberal colleagues in many recent decisions.

Last week, he sided with the liberals in ruling against a Louisiana law restricting who can perform abortions, and previously sided with them in denying the Trump administration’s bid to rescind the Obama-era DACA (Deferred Action for Childhood Arrivals) program, and in a ruling that prohibited employment discrimination based on sexual orientation and gender identity.

Since the retirement of Justice Anthony Kennedy in 2018, Roberts has played a pivotal role in determining how far the court will go in cases where the court’s four liberals and four conservatives are closely divided.

Dom Calicchio is a Senior Editor at FoxNews.com.