Why is there so much fake news about Russia and the Taliban all of a sudden? 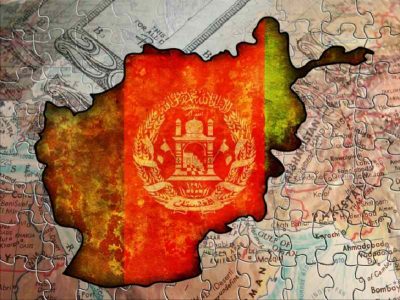 The New York Times’ fake news provocation alleging that Russia solicited the Taliban to kill American soldiers in Afghanistan aims to disrupt the country’s fragile peace process, reverse the minimal but nevertheless observable progress that was recently made towards reaching a “New Detente” between the US and Russia, and create complications in the Russian-Indian Strategic Partnership in the diplomatically tense aftermath of early June’s Galwan Incident.

The Mainstream Media is in a tizzy after the New York Times (NYT) published a fake news provocation alleging that Russia solicited the Taliban to kill American soldiers in Afghanistan. More specifically, they claim that its military intelligence wing, GRU, was responsible for the operation. The Western public is already preconditioned into associating those three letters with the craziest conspiracies considering that the GRU was blamed for the failed assassination of former spy Sergei Skripal almost two and a half years ago in the UK. It’s since become the global bogeyman for scaring targeted audiences into jumping on the “Russia threat” bandwagon, which explains why it’s the subject of the latest infowar provocation to come out last weekend. It’s not just that the NYT’s “deep state” backers want to remind everyone that they’re “supposed” to be “afraid” of Russia, however, since this particular “perception management” operation aims to achieve three other strategic objectives as well.

The first of these is to disrupt the fragile Afghan peace process that’s envisioned to ultimately result in the full withdrawal of American forces from the war-torn country. Trump’s already planning to pull out 4000 troops in the coming weeks as part of his commitment to the agreement that was reached earlier this year, and the recent visit of Pakistani Chief Of Army Staff (COAS) Bajwa to Kabul succeeded in getting the Afghan authorities to reaffirm their commitment to releasing Taliban prisoners like they earlier agreed as a prerequisite to commencing intra-Afghan talks. The neoconservative faction of the “deep state” (particularly those in the US’ permanent military, intelligence, and diplomatic bureaucracies) are opposed to this series of developments because they regard Afghanistan as a springboard from which America can export “constructive chaos” throughout the region, unlike the plans that the Trump Administration has to use it as a bridge for economically connecting with the Central Asian states and improving their ability to “balance” between Russia and China.

The second strategic objective that’s being pursued by this fake news provocation is to reverse the minimal but nevertheless observable progress that was recently made towards reaching a “New Detente” between the US and Russia. The two sent aid to one another during the opening stages of WorldWarC (the author’s term for the international community’s largely uncoordinated attempts to contain the coronavirus which catalyzed full-spectrum paradigm-changing processes) and even cooperated real closely under the OPEC+ framework. The neoconservatives are against any strengthening of bilateral relations because these Old Cold War-era anti-Russian hawks regard the Eurasian Great Power as the gravest threat to America’s global ambitions. By blaming the GRU for the Taliban’s attacks against US soldiers in Afghanistan, they hope to pressure Trump into reconsidering his commitment to the “New Detente” for “patriotic” reasons, thus compelling America to continue with the failed “dual containment” of Russia and China instead of solely focusing on the latter like Trump wants to do.

Finally, the fake news rumor-mongering about the GRU’s allegedly soliciting of Taliban attacks is intended to widen the rift between Russia and India. These two countries are still extremely close with one another despite their relationship mostly being transanctional nowadays and focusing almost entirely on arms and energy, but some Indians wrongly expected Russia to openly take their side against China following early June’s Galwan Incident. It wouldn’t ever do that even in the event that its envisioned “New Detente” with the US is ultimately successful since its 21st-century grand strategy is to become the supreme “balancing” force in Eurasia, not a partisan player interfering on one side of a dispute like the US so often does. By falsely tying the GRU to the same militant group that’s allegedly backed by India’s hated Pakistani nemesis, the “deep state” hopes to make Indian decision makers more suspicious of Russia, thereby compelling them to accelerate their ongoing strategic reorientation away from it and towards the “more trustworthy” US-led “Quad” instead.

The NYT’s latest “deep state”-directed infowar provocation against Russia might be believable for those who already dislike the Eurasian Great Power and Trump with equal measure, but it’s unlikely to achieve its first two strategic objectives of disrupting the fragile Afghan peace process and reversing the minimal but nevertheless observable progress that was recently made towards reaching a “New Detente” with Russia. It might, however, bear some fruit in respect to widening the rift between Russia and India. The US and India already engage in so-called “counter-terrorist cooperation”, so New Delhi was likely briefed on the “classified” details of this fake news “report” by representatives of the “deep state” itself in order to make their claims all the more compelling. Considering that the growing trust between the US and India is occurring in parallel to the gradual weakening thereof between India and Russia, New Delhi’s decision makers might actually fall for this false narrative. For this reason, both pairs of bilateral relations should be closely monitored across the coming months in order to see whether that’s actually the case or not.

This article was originally published on OneWorld.

Andrew Korybko is an American Moscow-based political analyst specializing in the relationship between the US strategy in Afro-Eurasia, China’s One Belt One Road global vision of New Silk Road connectivity, and Hybrid Warfare. He is a frequent contributor to Global Research.