What follows further below are two screenshots taken from a scientific research paper titled:

Fifty Years after “How to Wreck the Environment”: Anthropogenic Extinction of Life on Earth

The upshot of this sobering analysis is that the tyrannical technocracy, which is secretly implementing these Earth-altering experiments, is rapidly pushing the planet to a point of no return.

By radically and regularly spraying massive amounts of toxic chemtrail aerosols into the troposphere, the delicate biosphere is being degraded at an alarming rate.  All human, animal and plant life is at great risk because of the continuous bio-accumulation of aluminum which is now occurring under the radar 24/7.  This extremely precarious bio-dynamic is the result of the enormous volume of chemically-mobile aluminum oxide that is released by countless chemtrail jets criss-crossing the skies around the globe.

It appears that there are several intended and unintended consequences produced by these weather modification and climate engineering technologies, each of which is highly destructive to the ambient environment for humanity.  If these operations are not halted post haste, the human organism will soon become fundamentally transformed … and not in a beneficial way.

The entire paper, which ought to be circulated widely, can be read here: http://chemtrailsmuststop.com/wp-content/uploads/2019/12/macd.pdf.

Truly, the fate of humankind hangs in the balance, as does the future of the planetary civilization. 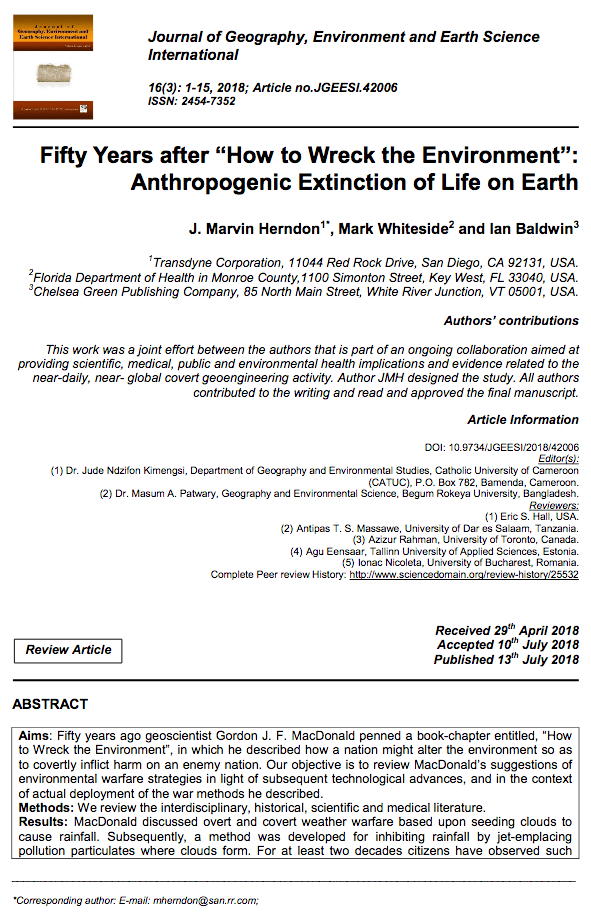 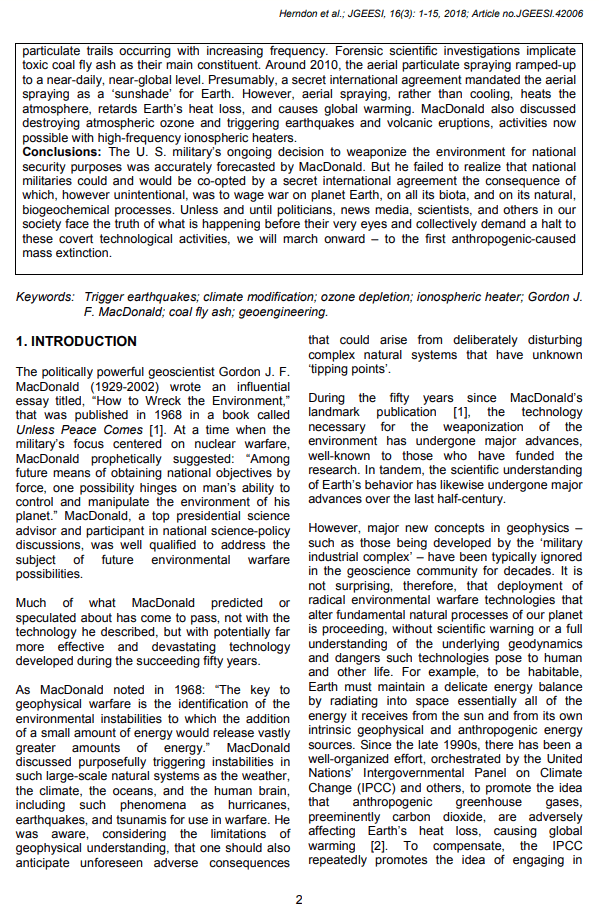 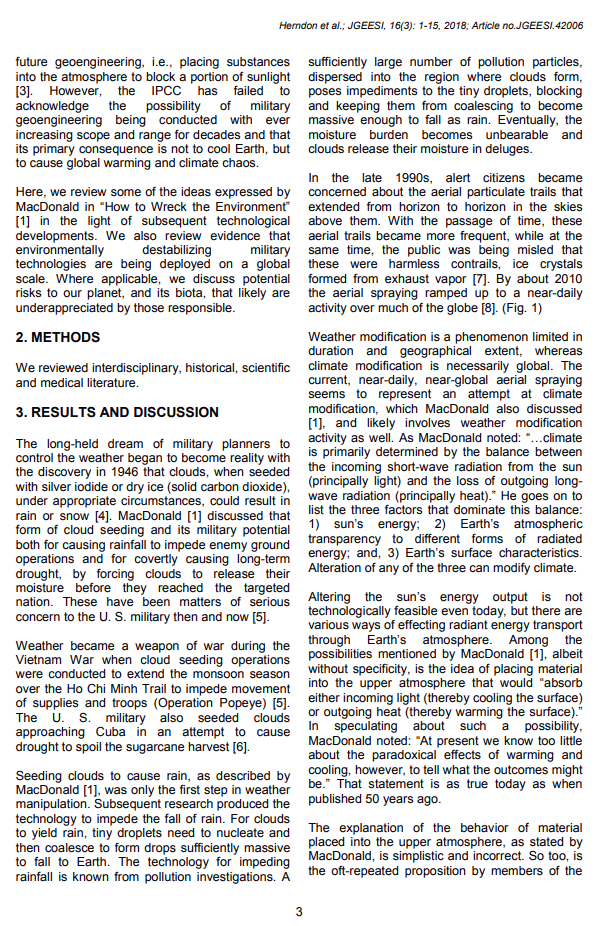 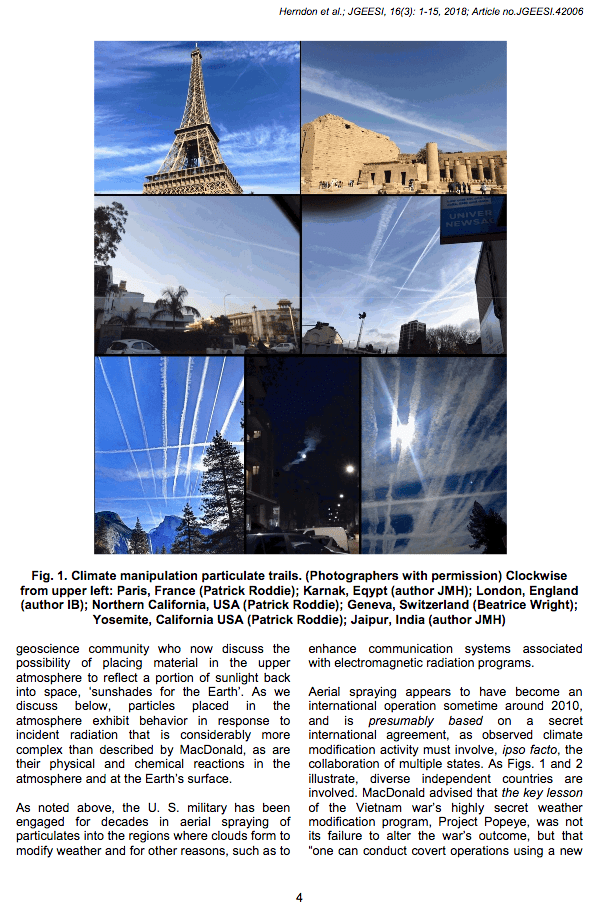