The Virus Event and the Rockefeller
Foundation Plan 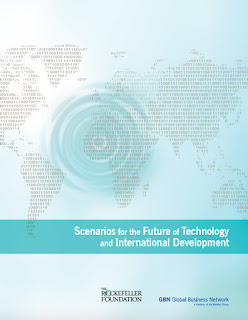 In 2010, the Rockefeller Foundation, which began the eugenics movement that the Nazis and Bill Gates are following, published a white paper on scenarios to enforce their agenda (linked below).

The following is an analysis and extrapolation from that paper. If you’re interested in seeing how the virus event is related to the plans of the ruling elite, brace yourself before you read this:

Many who have been studying these things feel the following is in play. But we are still able to win. To love. To be a Better Humanity. #VisualizeaFreeEarth

For those who still do not know what OPERATION LOCKSTEP is about, THIS is the PLAN

DOWNLOAD THE DOCUMENT: Rockefeller Foundation 2010 white paper, “Scenarios for the Future of Technology and International Development”. Also, a copy of the report is available here.

The following is an outline of the PLAN:

– Create a very contagious but super low mortality rate virus to fit the needed plan (SARS/HIV hybrid research strain created at Fort Detrick class 4 lab from 2008-2013 as part of a research project to find out why coronavirus’s spread like wildfire in bats but have an extremely hard time infecting humans (hence the 4 HIV inserts, aka the missing key to infect the human ACE-2 receptor))

– Transport the research strain to a different class 4 lab (National Microbiology Lab in Winnipeg Canada) and have it stolen and smuggled out by China (Shi Zhengli) on purpose and taken to China’s only class 4 lab (Wuhan Institute of Virology in Wuhan China) for added plausible deniability and to help cement the wanted BACKUP public script as something to fall back on IF needed (primary script being its natural, backup script being that China created it and released it by accident)

– Create and fund the vaccination development and roll-out plan so its capable of being rolled out on a global scale (Gates – Decade of Vaccines: Global Vaccine Action Plan, 2010-2020)

– Release the research strain at the Wuhan Institute of Virology itself and then blame it’s released on a natural scapegoat as the wanted primary script (the Wuhan wet market, Nov 2019)

– Once a country has seed infection in place, lockdown incoming/outgoing travel but keep the transmission within the country spreading for as long as possible

– Once enough people in a country/region are infected, enact forced quarantines/isolation for that area and expand the lockdown regions slowly over time

– Keep the public quarantined for as long as possible to destroy the region’s economy, create civil unrest, breakdown the supply chain, and cause the start of mass food shortages, as well as cause peoples immune system to weaken due to lack of interaction with other people/bacteria (the outside world … aka the things that keeps our immune system alert and active)

– Eventually end the phase 1 quarantine once they get enough public push-back (~June 2020), and publicly state that they still think it’s “too early” to end the isolation but are going to do it anyways

– Once the public go “back to normal” wait a few weeks and then continue to over-hype the research strain mortality rate (~Aug-Sept 2020), and combine it with the increase in deaths due to people dying from standard illnesses at a higher rate than normal due to having highly weakened immune systems from months of being in isolation, to help further “pad” the mortality rate and hype the upcoming phase 2 lockdown – Eventually enact phase 2 quarantines (~Oct-Nov 2020) on a even more extreme level and blame the protesters (mostly people who don’t trust their government already) for the cause of the “larger” 2nd wave (we told you so, it was too early, this is all your fault cause you needed a haircut, your freedoms have consequences …)

– Enforce the phase 2 quarantines at a much more extreme level, increasing the penalty for defiance (replace fines with jail time), deem ALL travel as non-essential, increase checkpoints (including military assistance), increase tracking/tracing of the population (mandatory apps), take over control of food/gas (large scale shortages) so that people can only get access to essential products/services if they are FIRST given permission

– Keep the phase 2 lockdown in place for a much longer period of time then the phase 1 lockdown, continuing to destroy the global economy, further degrade the supply chain, and further amplify the food shortages and the like

– After a rather long phase 2 lockdown (6+ months), roll-out the vaccination program + vaccine certification and make it mandatory for everyone (giving priority access to those that submitted from the start), and have those that are for it attack those that are against it saying they are a threat and the cause of all the problems (we can’t go back to normal until EVERYONE takes the vaccine … people defying them are hurting our way of life and therefore are the enemy)

– If the majority of people go against the agenda, then release the weaponized SARS/HIV/MERS hybrid strain as phase 3, a virus with a 30%+ mortality rate as a final scare to push the minority to quickly become the majority and give a final “we told you so” to those that didn’t listen

– Enact the new economy model (Microsoft patent 060606 – Cryptocurrency System Using Body Activity Data) which is based on human behavior and willingness to submit (tweaked version of Black Mirror’s “Fifteen Million Merits”) using food/water/shelter and other essentials as a weapon of enforcement of the new economic system. Basically “do what we want and get rewarded” (gain credits/score and gain more access to things you need to survive) or “go against what we want and get penalized” (lose credits/score and lose access to things you need to survive).

[NOTE: On April 21st the Rockefeller Foundation updated its plan, releasing another document titled National Covid-19 Testing Action Plan Pragmatic steps to reopen our workplaces and our communities. For a history of the Rockefeller eugenics program, see our article “Eugenics and Capitalism.”]