Men’s rights activist attorney Marc Angelucci, 52, was fighting ‘landgrab’ of man falsely accused of rape and appeared in court a day before he was fatally shot in what friends say could be targeted ‘hit’

By MARLENE LENTHANG FOR DAILYMAIL.COM

Co-workers and friends of the men’s rights attorney who was shot dead in front of his California home this weekend say his killing could be related to his court cases.

Marc Angelucci, 52, a board member of the Los Angeles chapter of the National Coalition for Men (NCFM), was killed at his front door in Crestline on Saturday around 4pm.

The San Bernardino County Sheriff’s Department says motive behind the deadly shooting is not known and the investigation is ongoing.

Congressional candidate and attorney Ronda Kennedy revealed Angelucci was her co-counsel on two cases and they had been in court together on Friday. She speculated his death could be related to his legal work.

‘My co-counsel on two cases Marc Angelucci, was murdered last night. Just did an interview with detectives. If you have any information please contact the San Bernardino detectives,’ she tweeted Sunday. 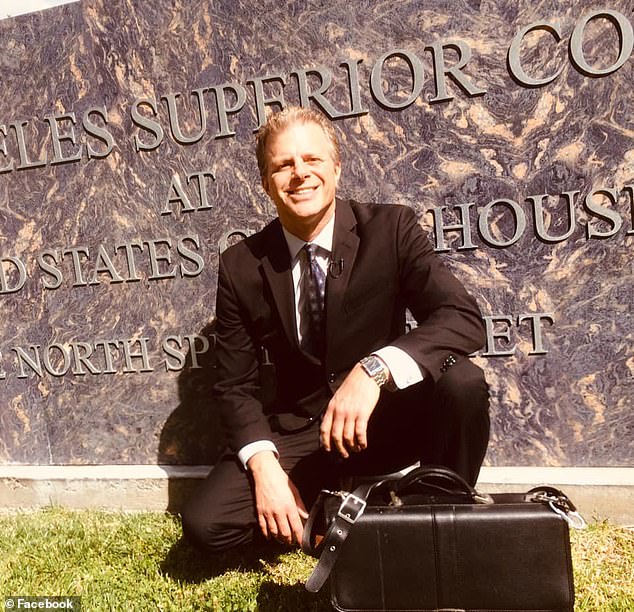 Co-workers and friends of the men’s rights attorney Marc Angelucci, 52, who was shot dead in front of his California home on Saturday say his killing could be related to his court cases