Here’s how and why the cowardly cultural marxists murdered Marc Angelucci! 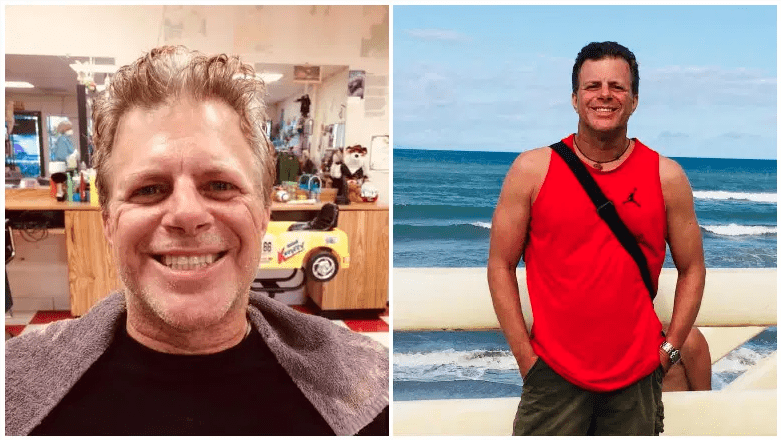 Marc Angelucci, a prominent men’s rights attorney who was featured in the controversial documentary The Red Pill, was shot to death in his home in San Bernardino County, California.

The shooting death happened at Glenwood Drive in Cedarpines Park, a small mountain town where Angelucci lived. He died of gunshot wounds, according to the San Bernardino County Sheriff’s Department.

The suspect and motive are not clear. Authorities said the victim was Angelucci, 52 years old, a resident of Cedar Pines Park.

“Marc was extremely well-spoken and a skilled publicist for men’s issues, appearing on the Phil Donahue show, on Dr. Phil, and in countless other television, radio, and newspaper outlets,” the National Coalition for Men wrote in a statement. “Marc published op-ed opinion pieces in the Los Angeles Times and numerous other press outlets, tirelessly speaking out for a fairer, kinder world.”

Here’s what you need to know:

Spent my Sunday taking a photo shoot for NCFM.

According to a news release by the San Bernardino County Sheriff’s Department, police learned of the homicide at 4:03 p.m. on July 11, 2020. The suspect was described as an “unknown male.”

Authorities have released few details in the case. “On Saturday, July 11, 2020 at 4:03 p.m. Twin Peaks deputies responded to a report of a shooting at 22400 Glenwood Drive. Upon arrival deputies found the victim, later identified as Marc Angelucci, unresponsive and suffering from apparent gunshot wounds. Medical aid also responded and Angelucci was pronounced deceased at the scene,” their press release says.

“The investigation is ongoing. The motive for the shooting is unknown at this time. Detectives are asking anyone that witnessed the shooting or has information to contact Detective Simon Demuri, Specialized Investigations Division – Homicide Detail at (909)387-3589. Callers can remain anonymous.”

2. Angelucci Was Described as Having a ‘Magnetic’ Personality by the National Coalition of Men, for Which He Served as Vice President

Angelucci was the vice president and board member of the National Coalition for Men.

“Marc Etienne Angelucci, Vice-President and Board Member of the National Coalition for Men (NCFM) and longtime President and Founder of the Los Angeles Chapter of NCFM, was tragically murdered early in the morning of July 11, 2020, in front of his home in Crestline, California,” a statement released by the Coalition said.

“Marc Angelucci was truly beloved, with a personality that had a magnetism that many of his friends and colleagues found to be truly magical. Marc was an unbelievably generous man, living on a shoestring despite some personal health challenges so he could donate many millions of dollars of his time to mostly voluntary legal work on behalf of men’s rights and the genuine gender equality that is so badly needed in this country and this world.”

The website statement says that “Marc joined NCFM as a law student in 1997 after seeing his friend physically abused for years by his wife and then denied domestic violence services because he is male. In 2001 he formed the L.A. chapter of NCFM and served as its president until 2008, during which time NCFM-LA became an active chapter that organized rallies, filed lawsuits and received significant media attention.”

The statement concluded: “Marc was a man full of joy and love, a true pleasure to know for all of us fortunate enough to be able to call him our colleague and/or friend. If Marc Etienne Angelucci didn’t exist, we would need to invent him, though honestly the man so far exceeded any dreams any of us could possibly have for an unbelievable combination of shining personal qualities and amazing professional achievements. While wildly successful on the legal front, he was a fabulously down-to-earth, loving man when not demolishing opponents in courtrooms to promote justice. Rest In peace, our dear fallen soldier. No finer man ever walked the planet.”

The Southern Poverty Law Center has been harshly critical of elements of the men’s rights movement.

3. Angelucci, Who Appeared in a Documentary Called ‘The Red Pill,’ Was Co-Counsel in Cases Involving a Congressional Candidate

Angelucci appeared in The Red Pill, a movie about the men’s rights movement. The documentary is controversial. A scathing review in Daily Review wrote, “The director’s central hypothesis is that, in the present day and age, women have it better than men…The Red Pill should not be laughed away or derided as benign flapdoodle. It is a dangerous film, in that it presents men going through hard times a convenient catch-all narrative; a panacea for their woes.”

Cassie Jaye, the filmmaker behind The Red Pill, wrote a tribute to Angelucci on her website. It says in part:

He never initially planned on being a ‘men’s rights attorney’ (as I labeled him in my film), but his big heart wouldn’t let him turn his back on good, innocent people needing legal counsel. The more he worked on these cases, the more he learned how unjust the system was. In his 20 years of practicing law, he became one of the most sought after and effective attorneys to fight on behalf of men (and women) in cases where gender discrimination was apparent, such as cases involving: child custody, divorce, paternity laws, domestic violence services, criminal sentencing, military conscription, public benefits, false accusations and education.

Ronda Kennedy, an attorney running for U.S. Congress, wrote on Twitter that she had spoken with detectives.

“My co-counsel on two cases Marc Angelucci, was murdered last night. Just did an interview with detectives. If you have any information please contact the San Bernardino detectives,” she wrote.

Her Twitter page says, “I am a mother of 6 (including 7 y/o triplets) an attorney & Dean at @Ahulawschool I’m running 4 Congress in #CA26.”

“Marc touched the lives of everyone who knew him. He made a difference not only in fighting for the underdog in the courts but for all who knew him,” she wrote in a statement, adding, “Even though his life was tragically cut short, the causes that he battled for in the courts will endure and be his lasting tribute. Marc demonstrated the power of the law and a strict interpretation of the Constitution can make a difference. He will be missed every day.”

Was I supposed to hold his hand?

Kennedy said in a news release that Angelucci was the vice president and board member of the National Coalition for Men. She said she had “just been in court with him” and that he was alive when police arrived but later died of his wounds.

She praised the work “he had done legally in winning many groundbreaking cases such as an equal protection case against the Selective Service Administration overturning male-only draft registration. He previously won a case in California, Woods V. Horton, that held it is unconstitutional to exclude male victims of domestic violence from state funding for victim services.”

“My heart is breaking over the tragic and senseless death of my friend and co-counsel on several cases – Marc Angelucci,” she wrote.

Marc compiled a truly legendary set of legal achievements, including recently winning an equal protection case against the Selective Service Administration overturning male-only draft registration. In 2008 Marc won a landmark appellate case against the State of California (Woods v. Horton) which held it is unconstitutional to exclude male victims of domestic violence from state funding for victim services. Marc also helped draft and enact legislation to stop paternity fraud, served on the California DCSS Paternity Committee, served on the Training Committee of the L.A. County Domestic Violence Council, and testified before the California Senate and Assembly Judiciary Committees. In a remarkable tribute to Marc’s skill at building bridges and remedying discrimination, the Southern Poverty Law Center, which some might think would be opposed to much of his work, invited him to be an Honoree on their Wall of Tolerance.

One recent case involving Angelucci is “an appeal before the California Supreme Court could affect the rights of thousands of landowners against government sanctioned theft of private property by way of underregulated receivership laws. The case is County of Mariposa v. JDC Land Company, LLC.” A news release on that case quotes Angelucci as saying, “This case is one of an overreaching government with no accountability.”

5. Angelucci, Who Filled His Facebook Page With Pictures of Travels, Founded Student Bar Associations in College

Haven't been on FB much lately. Cutting down a bit. Just wanted to say hey.

Angelucci’s Facebook page is full of photos from travels around the world, riding on motorcycles, and with animals. In June, in his most recent visible post, he wrote, “When you make a judgment without researching and listening to what both sides say, looking at their data, considering their positions, and thinking it through, your judgment is flawed. Period.”

Angelucci went to college in California, and he was active even back then. In February, he wrote on Facebook, “My most memorable part of law school was playing the heroic nerd Evelyn Trevelyn in the UCLA Law musical ‘Kernal Knowledge,’ 1999, written and directed by the genius Professor Kenneth W. Graham, to the music of Jerome Kern.”

According to the National Coalition for Men, “Marc graduated Phi Beta Kappa from the University of California at Berkeley in 1996 with a Bachelor’s Degree in Philosophy and received a law degree from UCLA School of Law in 2000, where he received several public interest awards and founded two student bar associations. While at UCLA, Marc also started a student chapter of NCFM.”