Did the Portland rioters intend to blind the federal officers with laser weapons? (Video)

Federal officers in Portland may have been permanently blinded by lasers, officials say 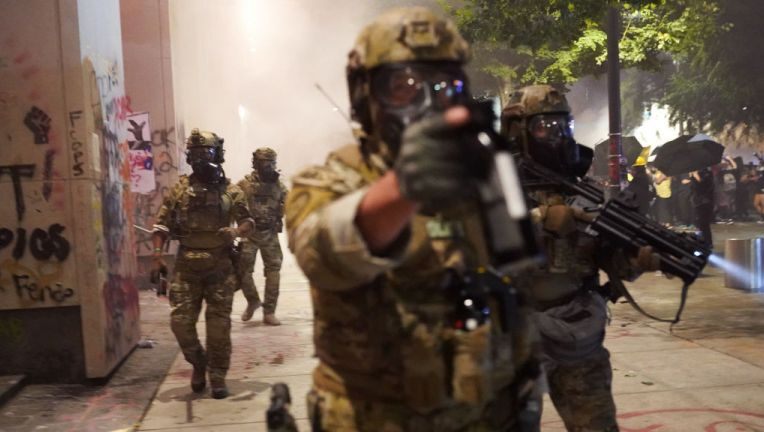 At least three federal officers in Portland may not recover their vision after earlier this week demonstrators, who have shown up in crowds of over 1,000 for more than 50 consecutive nights, shined lasers in their eyes and threw fireworks at a federal courthouse, officials said.

During Monday night’s confrontation, one person also threatened to cut off the water supply to federal officers inside the building.

Federal Protective Service (FPS) Deputy Director of Operations Richard “Kriss” Cline said at a press conference on Tuesday that a crowd of more than 1,000 “rioters” surrounded the Hatfield Federal Courthouse and began removing plywood coverings before attempting to throw objects – some of them incendiary – through the windows at federal officers inside. 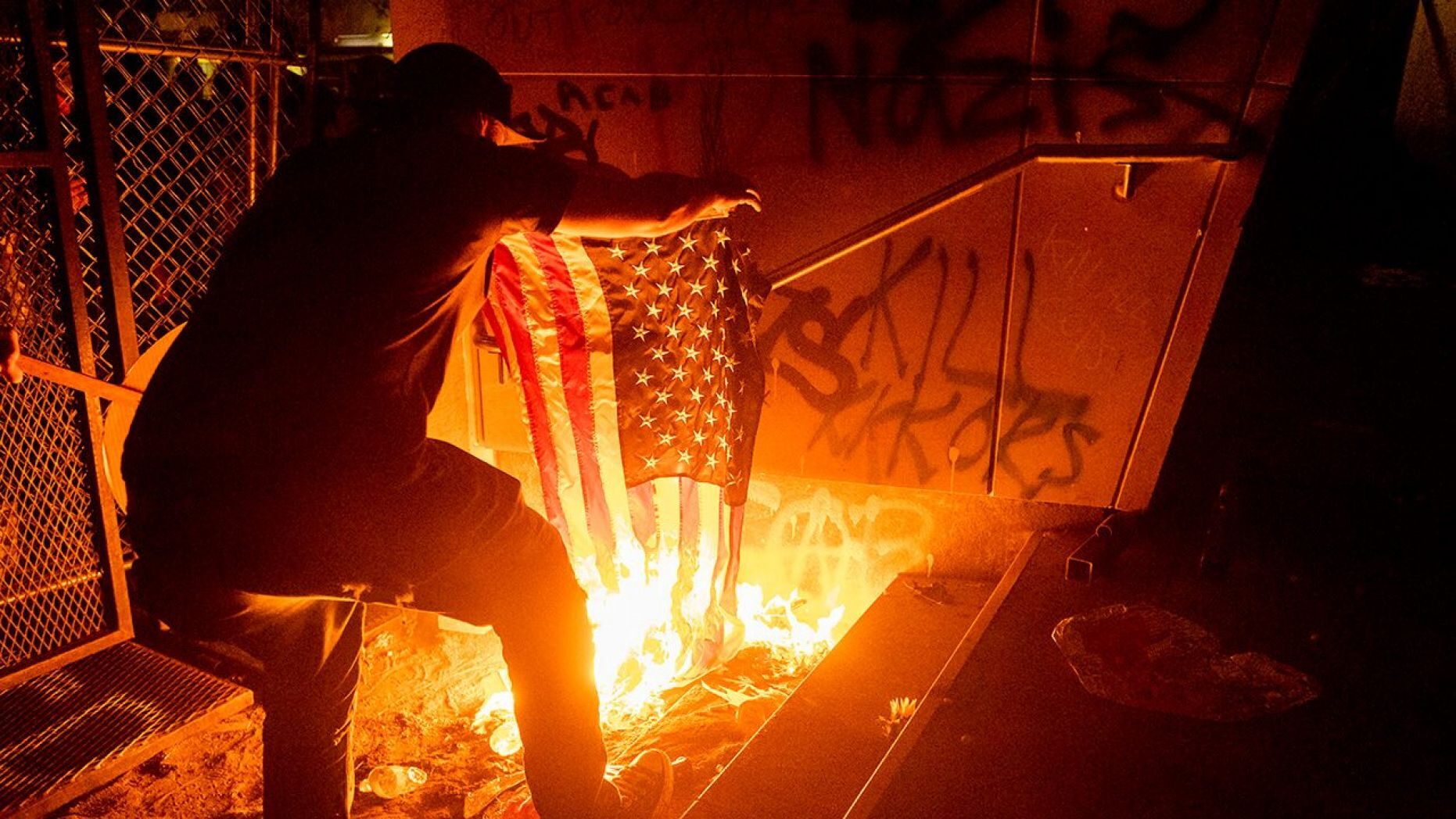 “When officers responded to put out these fires, glass bottles were thrown and lasers – which can cause permanent blindness – were shined in their eyes,” Cline said. “We have three officers who currently have eye injuries and they may not recover sight in those eyes from those laser attacks.”

The FPS has purchased anti-laser glasses that federal officers are now wearing to prevent eye injuries.

Federal officers responded by deploying pepper balls and tear gas. Cline said officers observed one individual taking pictures of a water intake system to the Edith Green Federal Building, which is also under FPS protection. Earlier in the evening Monday night, a Twitter user said “So we can shut off the water to the buildings the feds are staying in to make it a nightmare for them.”

Seven people were arrested in the unrest that unfolded Monday night into the early hours Tuesday, including two for alleged assaults on federal officers and five for noncompliance with lawful directions. 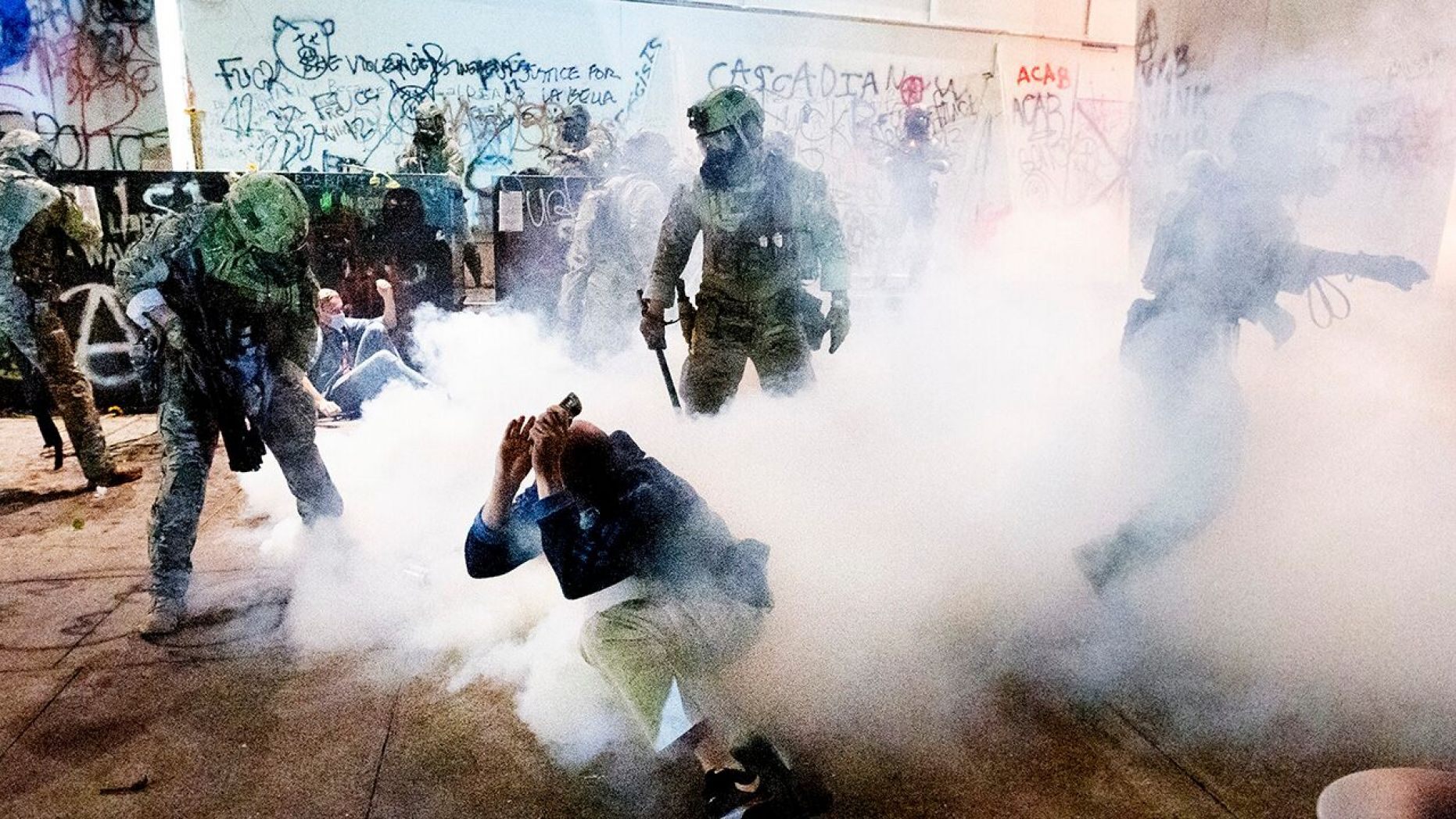 The Department of Homeland Security said that “violent anarchists” also had torn down the perimeter fencing around the Hatfield Federal Courthouse Sunday night into Monday morning.

Red, green and purple lasers were aimed by rioters at federal officers through the courthouse doors while one group used a strobe light on the building. A commercial-grade mortar firework was fired in the vicinity of the Hatfield Courthouse front doors.

Cline explained that these incendiary fireworks were launched at the courthouse at the same time that rioters had barricaded the front entrance of the courthouse, potentially trapping federal officers inside.

The U.S. Marshals Service also reported communications jamming – the first reported instance since the riots have started — which may have caused significant problems with their radio communications.

Cline also detailed how the names of federal officers would be removed from their uniforms and replaced with their badge numbers after approximately 38 law enforcement officers had been doxed.