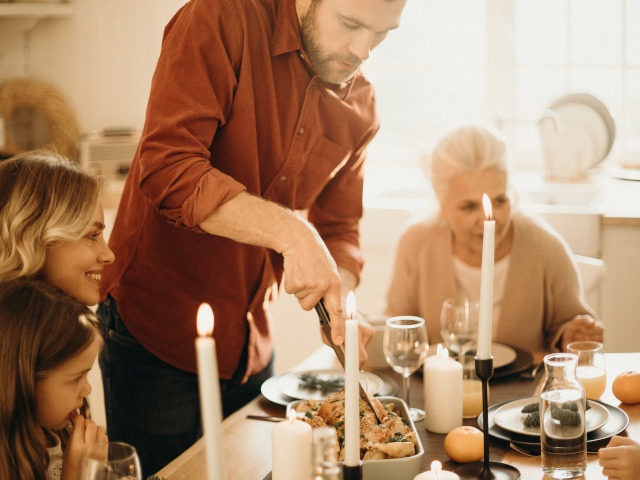 The Democrat National Committee draft platform for its 2020 convention mentions “whites” a total of 15 times, each of them within a “damning” context — a detail first noticed by the Washington Examiner’s Paul Bedard.

“In more than 80 pages in the draft platform published by Politico, whites are mentioned 15 times, all critical, including three references to white supremacy or supremacists and one to white nationalists,” Bedard writes.

He adds, “In most mentions, the reference is to how whites are better off at the expense of others. And the promise often is to ‘close the gap’ between minorities and whites, though no solutions are offered.”

If this is a legitimate draft, the fact that it’s a merely a draft means nothing. It still reveals how ugly the Democrat Party has become and how ugly and divisive the future will be, should this approach to national politics ever prevail.

Bedard includes each of the 15 times whites are mentioned in the draft platform, a platform Joe Biden will certainly embrace when he accepts the presidential nomination later this year. Included in the 15 is an attack on the American military as racist and the not-subtle libel that white prosperity is hurting other racial minorities.

The extreme gap in household wealth and income between people of color — especially Black Americans, Latinos, and Native Americans — and white families is hurting our working class and holding our country back.

And, as we have seen throughout the country over the last two months, and in pretty much every Democrat-run city in America, libels like this are intended to justify and encourage the Democrat Party’s Brownshirts — in the form of the terrorist groups Black Lives Matter and Antifa — to rampage, riot, loot, burn, and desecrate our history.

This draft platform is nothing less than monstrous — monstrously un-American and dangerous.

While every decent America finds white supremacism repulsive and is also fully aware that supremacism is nothing close to a widespread or “systemic” problem, what you have here is the Democrat Party furthering the dangerous and divisive conspiracy theory that white supremacists are everywhere, that whites are to blame for everyone else’s problems, that white prosperity and greed eat up America’s wealth (because wealth is a zero-sum game).

Nowhere, obviously, are there any calls for racial reconciliation between blacks and whites, nowhere is there even a call for black Americans to look beyond the past and towards the future, or to forgive a past that has nothing to do with any living white person today.

You know, a relationship cannot heal – not between husband and wife and not between black and white – if both sides are not working towards healing, if one party is constantly and relentlessly nursing a grudge, if that party simply refuses to move on, forgive, let the matter drop, stop picking the scab, and move forward.

If the injured spouse is constantly throwing an act of adultery in the other spouse’s face, the marriage is doomed.

Well, there can be no reconciliation, and that, of course, is what Democrats are up to here.

As we have seen in pretty much every Democrat-run city in America, cities plagued by failure, by massive income inequality, by poverty, terrible schools, poorly-trained police, and racial strife, Democrat ideas and the Party’s agenda are a proven failure. In one city after another, Democrats hold total power. There is no Republican opposition in a countless number of these cities, which gives Democrats carte blanche to institute their ideas and policies unopposed… And they have failed, failed miserably. So…

All Democrats (and their propagandists in the corporate media) have left is the un-American poison of identity politics, which means they have to keep us divided, keep us at each other’s throats, and even go so far as to declare Rev. Martin Luther King’s vision of a colorblind society “racist.”

And this is why the first draft of Joe Biden’s platform, the first swing at the pitch, which is always the most honest, lies and smears and divides and pits American against American.