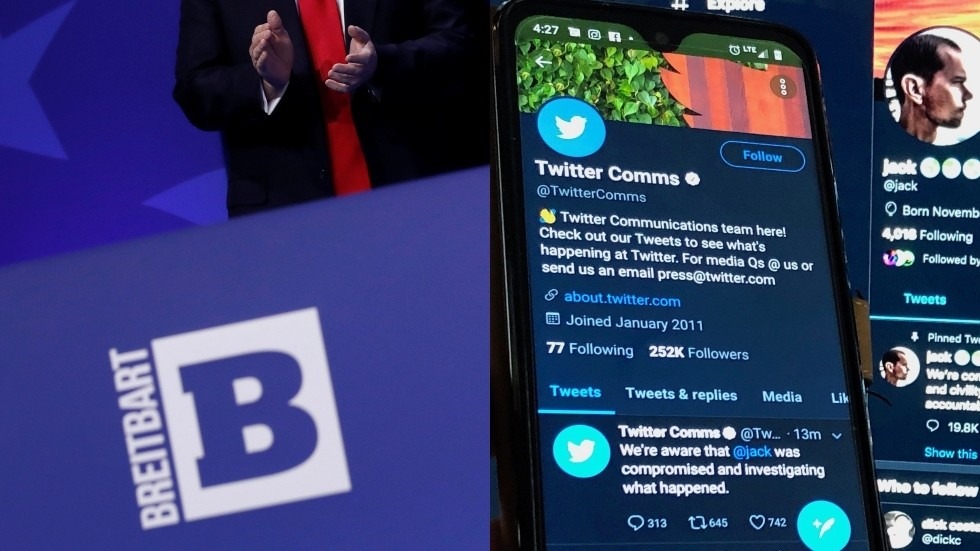 Twitter widened its campaign to censor a video defending hydroxychloroquine (HCQ) as a Covid-19 “cure,” deleting a Periscope livestream posted by Breitbart News and restricting the conservative media outlet’s account.

Breitbart said its video of a press conference featuring the group America’s Frontline Doctors, which promoted the benefits of HCQ and claimed masks aren’t needed to stop the spread of coronavirus, was deleted by Twitter. The outlet was told that “tweets with the video are in violation of our Covid-19 misinformation policy.”

Twitter then limited the Breitbart official account, meaning it can’t be used to send tweets, according to the outlet. The video had generated a million views on Periscope, Twitter’s livestreaming platform, before being taken down. It was also deleted by YouTube for allegedly violating the video platforms community guidelines.

President @realDonaldTrump was right about Hydroxychloroquine

Dr. Stella Immanuel said
"NOBODY NEEDS TO GET SICK, THIS VIRUS HAS A CURE"

Twitter had already deleted the video from the accounts of President Donald Trump and his son, Donald Trump Jr, who had shared it. The company also temporarily locked Trump Jr out of his account.