FLASHBACK: Why did India send 85 million doses of hydroxychloroquine to 108 Covid-infected countries if it doesn’t work?! 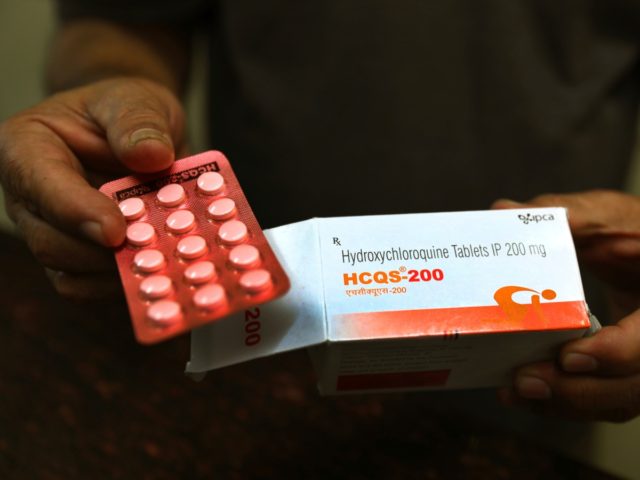 “As we speak, a total of 4,000-plus consignments to 60 countries are being cleared for dispatch,” the unidentified government official said. The medical supplies will eventually reach 108 countries. This is apart from 1,000 tons of paracetamol granules India has sent to other countries to make tablets, according to the report.

Doctors across the globe have been using hydroxychloroquine (HCQ) to treat Wuhan coronavirus patients. Paracetamol is used to reduce fever and treat minor body aches and pains, symptoms of the virus.

India has reportedly sent coronavirus treatment drugs to more than 100 countries over the last two weeks. Much of the aid has been shipped out on foreign evacuation charters, Indian Air Force flights, and diplomatic cargo. The massive undertaking has been made even more complex by global flight restrictions due to the Wuhan coronavirus pandemic. India is among many nations that have halted air travel.

India sent HCQ tablets to the Republics of Mauritius and Seychelles – island nations in the western Indian Ocean – via special Indian Air Force planes on Wednesday.

Efforts are currently underway for India to deliver coronavirus medicine to Afghanistan through a special charter.

According to India’s Ministry of External Affairs, five million HCQ tablets and a large quantity of paracetamol have either already been sent or are currently en route to 31 countries as medical aid in the global fight against the Wuhan coronavirus.

“The emphasis has been on clearing consignments to those friendly countries which are badly affected by the virus [Wuhan coronavirus]. We will also be clearing requests from some other countries who have sought help in this hour of need. This will be done in a day or two,” said a senior Indian official.

After ensuring that India had enough medicine for its domestic supply – including adequate buffer stock for a worst-case scenario – the government says it began donating its surplus drugs to other countries.

“Broadly, almost everything that was ready and lying at the airports [and] ports that cannot be used domestically as [of] April 14 has been cleared for exports,” a Ministry of External Affairs official said.

India had previously said it would not release HCQ tablets to other countries in order to ensure there was enough medicine for its domestic supply. On April 6, India agreed to release millions of HCQ tablets to the United States after President Donald Trump requested the country honor a previous order the U.S. had placed for the pills.

On April 11, the Hindustan Times reported that India’s president, Ram Nath Kovind, was linking the release of HCQ tablets to the U.S. to a demand that President Trump help India’s outsourcing workers stay in the U.S. after their work visas expired.