At least one home and two outbuildings were destroyed by the Apple Fire, which began shortly before 5 p.m. Friday near Oak Glen Road and Apple Tree Lane.

CHERRY VALLEY, Calif. (KABC) — Firefighters are continuing to battle the massive Apple Fire, which burned 20,516 acres in the Cherry Valley area of Riverside County by Sunday.

Officials said at least two outbuildings were also destroyed by the blaze, which began shortly before 5 p.m. Friday near Oak Glen Road and Apple Tree Lane. No injuries have been reported.

Responding firefighters in the air and on the ground attacked the flames in an effort to protect the 2,500 homes that were threatened. Crews performed water drops from helicopters, dropping 19,000 gallons of flame retardant on Saturday to help establish containment lines and protect firefighters on the ground.

Earlier in the day, firefighters contained some of the fast-moving blaze, which was downgraded Sunday morning from 15,000 acres burned to 12,000. 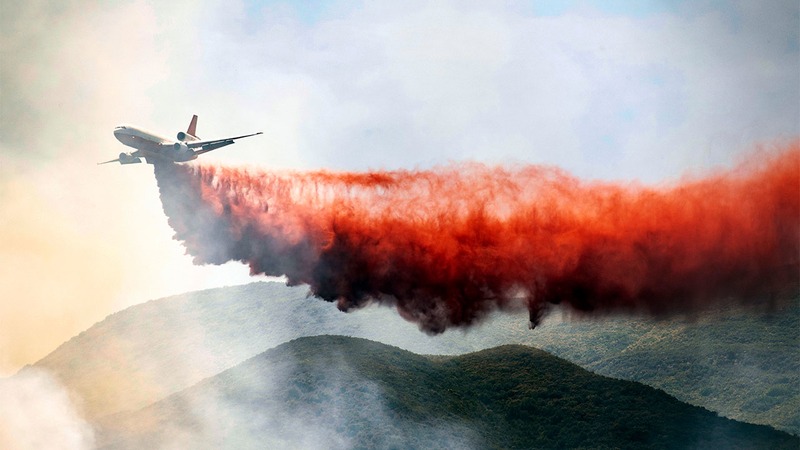 What’s that red stuff they drop during a wildfire? Here’s what to know about flame retardant.

The cause of the fire is under investigation, but authorities say it likely may be a case of arson. Officials say the blaze may have started after two suspected arson fires merged into one on Friday.

“It’s kinda scary. I mean, it’s not scary but I’m angry,” Banning resident Bryan Quan said. “Honestly, I’m angry that somebody could intentionally light this. It burns me.”

Steep and rugged terrain made it difficult for crews on the ground to access the front lines. High temperatures and low humidity levels fueled the flames, which were scorching the brush that hadn’t burned in years.

“Lots of oils in, so when it’s going up these canyons, it’s creating all that heat because of those oils and those fuels,” said Cal Fire Capt. Richard Cordova. And what you’ll see is these big plumes of smoke going up, especially the darker (ones), and once it gets into the atmosphere, it’ll start creating its own weather.” 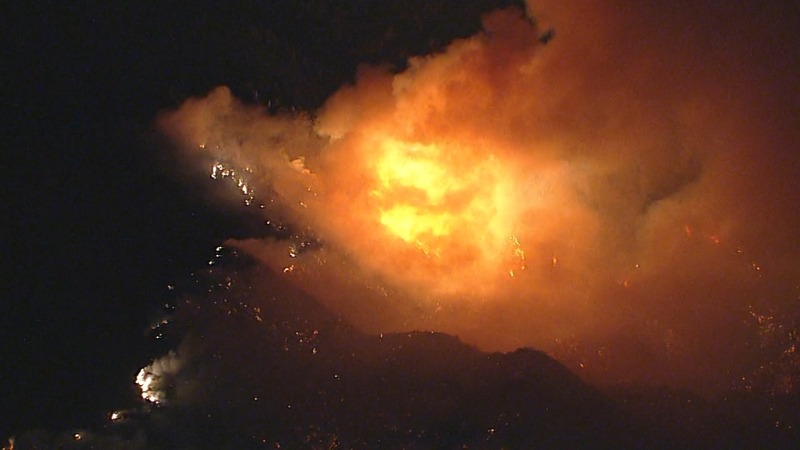 Fire crews were gearing up for another night in Riverside County where the Apple Fire has scorched at least 12,000 acres and burned one home.

The evacuation orders were then expanded for homes north of Wilson Street, east of Sunset Avenue and west of Hathaway Street. The Oak Glen community in San Bernardino County was also placed under an evacuation order.

Voluntary evacuation orders were issued for residents in the Forest Falls area, but the order was later downgraded to an evacuation warning.

Residents in those areas, like Craig Parker, were hoping the fire wouldn’t spread toward their homes.

“As long as the wind stays down, I don’t think it’ll go much further,” said Kristy Gastelum. “They should be able to hopefully get a handle on it.”

Nearly 2,600 homes, totaling some 7,800 people, were affected by the evacuation orders, fire officials said. Fire officials said they do not have a time frame for repopulating evacuated areas.

Crews are expected to focus their efforts on the Banning Bluff area, said Captain Fernando Herrera of Cal Fire Riverside.

“The fire made a good run last night, threatened a lot of the homes,” he said.

An evacuation center has been established at Beaumont High School, 39139 Cherry Valley Blvd. Anyone who goes to the evacuation center is subject to COVID-19 testing before entering, according to fire department spokesperson Fernando Herrera.

The American Red Cross was also assisting evacuees by temporarily housing them in hotels.