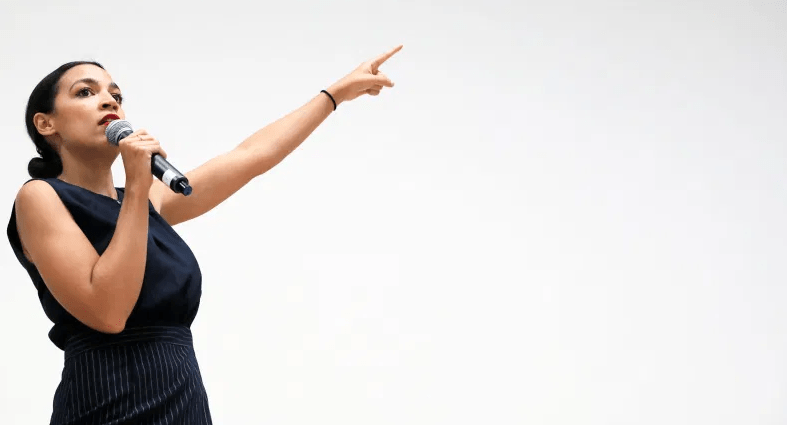 Representative Alexandria Ocasio-Cortez (D., N.Y.) singled out a statue of Father Damien, a Catholic priest who ministered to a Hawaiian leper colony, as an example of “white supremacist culture.”

Father Damien, born Jozef de Veuster in Belgium, arrived in Hawaii in 1864 when the islands were an independent kingdom. The priest conducted missionary work on the islands and for the last 16 years of his life ministered to a leper colony, until he died after contracting leprosy himself. A statue of Father Damien stands in the U.S. Capitol.

“It’s not Queen Lili’uokalani…the only Queen Regnant of Hawaii, who is immortalized and whose story is told. It is Father Damien,” Ocasio-Cortez wrote in a Facebook story in which she lamented the absence of statues of female figures in the Capitol. “This is what patriarchy and white supremacist culture looks like!” In addition to Father Damien, the Capitol houses a statue of King Kamehameha I, who united the Hawaiian islands under one kingdom by 1810.

While still a princess, Lili’uokalani visited Father Damien at the colony to present him with honors from the Hawaiian royal government. In 2009, then-governor of Hawaii Linda Lingle proclaimed October 11 Saint Damien Day.

“In Hawai‘i, Damien remains a spiritual hero and an icon of love, compassion, courage, humility and humanitarian service,” Lingle said at the time.

The U.S. has seen a series of attempts to remove statues considered offensive following the death of George Floyd, an African American man killed during his arrest by Minneapolis police officers. These statues have included Confederate leaders such as Robert E. Lee, while other statues that have been vandalized include likenesses of Christopher Columbus, Ulysses S. Grant, and in one case, Frederick Douglass.