It marked the occasion with a drone show in North Dakota

By Chris Welch
The Verge 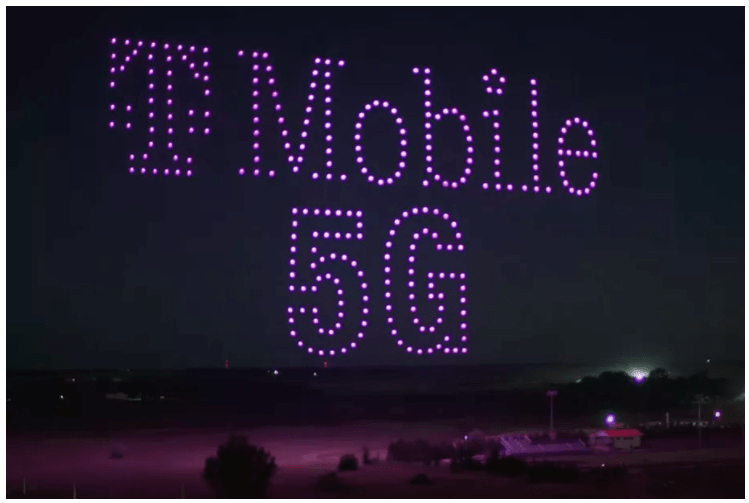 T-Mobile says that it has officially switched on “the world’s first standalone 5G network,” allowing the company to maximize the use of its 600MHz 5G spectrum. Previously, that 600MHz footprint was directly tied to the carrier’s LTE coverage map and thus limited in reach. “With today’s launch, 600MHz 5G can go beyond the mid-band signal, covering hundreds of square miles from a single tower and going deeper into buildings than before,” T-Mobile wrote in a press release.

It celebrated this expanded 5G availability — T-Mobile claims standalone 5G immediately increases its 5G footprint by 30 percent — by putting on a drone show in Lisbon, North Dakota, an example of one of the small towns that’s now getting 5G for the first time. In all, the standalone launch brings 5G “to nearly 2,000 additional cities and towns.”

That’s a decent bump for day one, but T-Mobile says standalone 5G is really about the future. It “will lead to an environment where transformative applications are made possible — things like connected self-driving vehicles, supercharged IoT, real-time translation… and things we haven’t even dreamed of yet. In SA areas, T-Mobile engineers have already seen up to a 40 percent improvement in latency during testing,” the company said.

Some existing 5G smartphones on T-Mobile will work with the standalone 5G network. “OnePlus, Qualcomm Technologies and Samsung have helped the Un-carrier ensure existing devices can access SA 5G with a software update, based on compatibility,” the carrier said.

T-Mobile’s competitors eventually plan to launch their own standalone 5G networks, though for now, they’re still on non-standalone (NSA). Dish Network’s eventual 5G network will also be standalone since it has no existing 4G network to lean on.