It’s the very same reason the Anglo-American Axis dropped
the 2 atom bombs on Japan during World War 2 in the
beginning of August of 1945.

“The United States detonated two nuclear weapons over the Japanese cities of Hiroshima and Nagasaki on August 6 and 9, 1945, respectively, with the consent of the United Kingdom, as required by the Quebec Agreement.”

So hot that they’re known as the Dog Days of summer.

In the U.S. and similar latitudes, the hottest and most sultry days of summer run from July 3 through August 11.

This 40-day period are well-known worldwide as the Dog Days.

This is why the perpetrators chose August to bomb Beirut, knowing that it would create an inferno, just as the same perps firebombed this market today near Dubai in the United Arab Emirates.

This black smoke belching inferno in the United Arab Emirates also occurred within the Dog Days of summer time frame.

Because it’s very hot outside, the fires are that much more devastating.  The pyro-terrorists are also intent on making it very difficult and extremely uncomfortable for the affected communities. 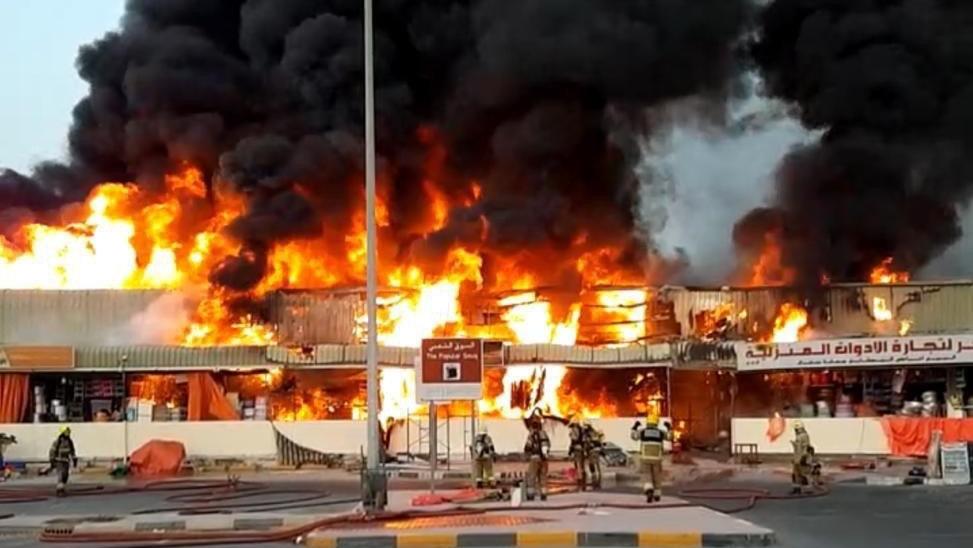 However, there’s a much greater reason why the Zionists (really the Zio-Anglo-American Axis) quite purposefully used a nuclear weapon(s) in Beirut during the first week of August.

They are sending an unambiguous message to all enemies both real and perceived that they will not hesitate to nuke any country that stands in their way.  And, that they will even blow up a major metropolitan area without any hesitation whatsoever.

This is why they chose August 4th to do the evil deed in Beirut.  As the Wikipedia excerpt above indicates they dropped the atom bombs “over the Japanese cities of Hiroshima and Nagasaki on August 6 and 9, 1945, respectively” .

What better way for these Zionist nuclear terrorists to again send a message to their real targets — Russia, China & Iran — as they did during World War II.  They selected the exact same time frame knowing their incendiary missive would hit the mark.  And so it has!