This is how Pelosi will try to worm her way into the White House! 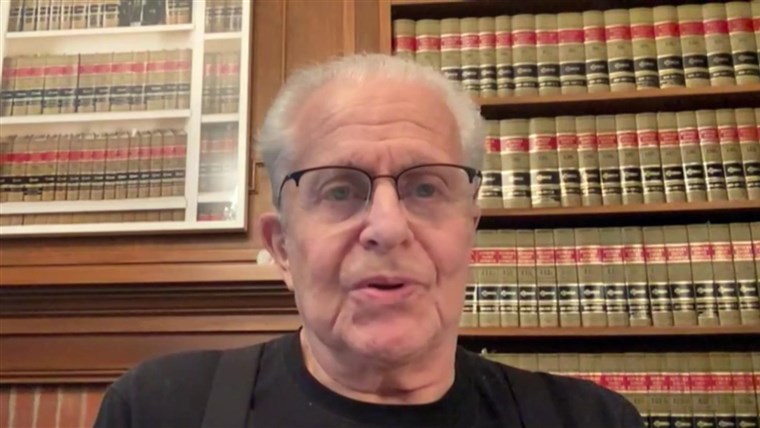 Harvard Law School professor Laurence Tribe claimed there is a chance that neither Joe Biden nor Donald Trump will be president for the next four years.

Tribe, who is a vocal critic of President Trump, argued on Friday’s edition of The ReidOut that if the winner of the election is not determined by Jan. 20, 2021, House Speaker Nancy Pelosi, the third in line for the presidency, would assume the office.

“They’re trying to make it look chaotic, but there is a fail-safe mechanism built into the Constitution itself. And that is no matter how much dust [Trump] throws into the gears, at high noon on Jan. 20, 2021, if there has not been a new president elected, at that point, Nancy Pelosi, speaker of the House, becomes president of the United States,” he said on MSNBC.

The premise of Tribe’s argument is “unproven,” according to Snopes, a fact-checking website that noted Pelosi may not necessarily get the nod if an election were not decided by Jan. 20.

“All of the enablers at that point would risk committing federal felonies if they were to exercise power which they no longer have because Trump would no longer be president,” Tribe added. “That’s the fail-safe. The Constitution is not designed to self-destroy, but it’s designed to self-preserve. And the real game that I think Trump is playing is a game of making us all doubt that the system will hold.”

Trump suggested last week that delaying the election could be an option, voicing concerns about the possibility of voter fraud through mail-in ballots being relied upon in many places during the coronavirus pandemic.

“With Universal Mail-In Voting (not Absentee Voting, which is good), 2020 will be the most INACCURATE & FRAUDULENT Election in history,” the president tweeted last Thursday. “It will be a great embarrassment to the USA. Delay the Election until people can properly, securely and safely vote???”

Congress, not the president, has the power to change the date of a federal election, according to the Constitution.