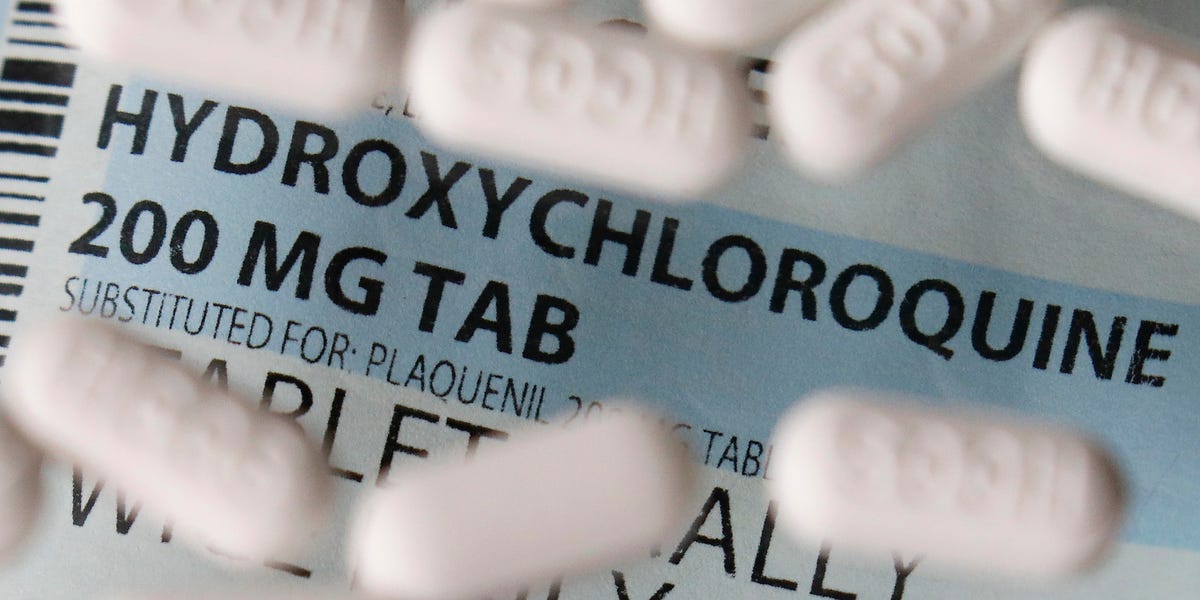 A document no longer available from the U.S. Food and Drug Administration regarding “Emergency Use Authorization” of potential COVID-19 treatments appears to suggest that hydroxychloroquine satisfies the criteria for the classification, but would stand in the way of lucrative other drugs, and a vaccine.

The possible treatment, shunned by the mainstream media and Big Tech, has far-ranging champions from Yale epidemiologists to frontline doctors to President Trump. Despite this support, corroborated by scientific studies, the medical establishment under the auspices of Dr. Anthony Fauci have refused to grant hydroxychloroquine “Emergency Use Authorization” (EUA).

July 29th documents from a Food and Drug Administration (FDA) presentation reveal, however, that the “qualifying criteria” for extending EUA to the drug appear to have been met: it “may be effective” and that “no adequate, approved, and available alternative” exists.

The document makes clear that Emergency Use Authorization cannot be used for more than one drug or therapeutic, and the establishment is potentially therefore saving the EUA pre-emptively for vaccines and remdesivir – patently high-value Big Pharma drugs – instead of hydroxychloroquine. 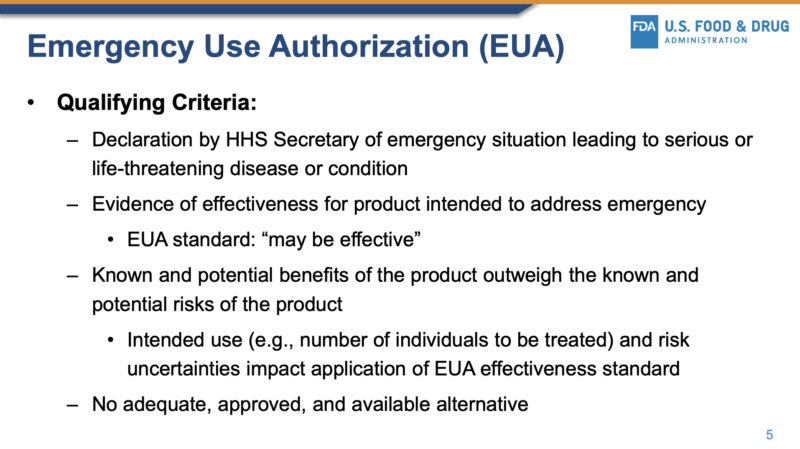 Dr. Vladimir Zelenko, who authored a study on the efficacy of hydroxychloroquine, outlined the medical establishment’s campaign against the drug on the War Room: Pandemic show.

He emphasized that Dr. Fauci has “lied to the American people” by insisting that authorizing a treatment for COVID-19 rests on “controlled trials to get anything through the FDA.”

“That is not true. That has never been the historical precedent and almost no other medication has ever had to meet those standards,” Dr. Zelenko continued.

He also noted that due to the sheer existence of hydroxychloroquine – a potential treatment – “available drugs like Remdesevir and the vaccine by [the FDA’s] own internal rules cannot get EUA.”

Such a classification would “facilitate the availability and use” of the drug and represents a fast-track alternative to authorizing potential life-saving treatments during public health emergencies such as the ongoing pandemic.

THE DOCUMENT IN FULL:

Or, as Dr. Zelenko describes, “there’ 150,000 dead corpses, most of which could have been avoided if Dr. Fauci did the moral and correct thing.”

The eight-page presentation entitled “Considerations for FDA Licensure vs. Emergency Use Authorization of COVID-19 Vaccines” posits two additional prerequisites for EUA: “declaration by HHS Secretary of emergency situation leading to serious or life-threatening disease or condition,” which occurred in January, and that the “known and potential benefits of the product outweigh the known and potential risks of the product.”