Nuclear Attack on Beirut: An After-Report

After-Report on the Nuclear Attack on Beirut, an Intel Drop (vital update) 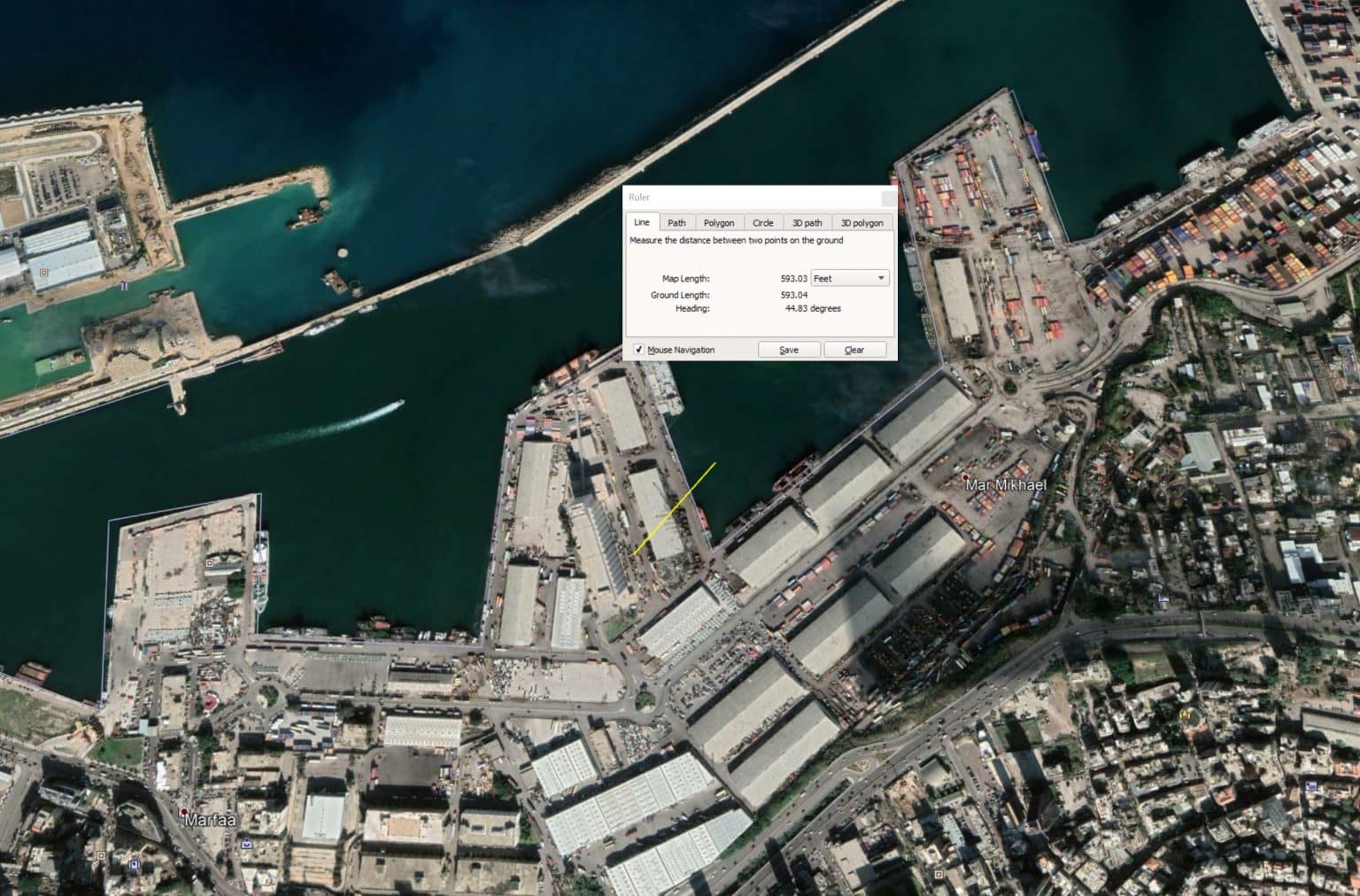 593 feet across in solid rock, only a nuclear weapon can do this

A few minutes ago, it was announced that the radiation monitoring site used by the IAEA that detected the nuclear attack had, in actuality, been malfunctioning and that the report we received, from the IAEA was “no longer valid.”

What is it Jim says…”You just can’t make this stuff up?”

Beirut isn’t built on sand, its built on rock.   Today, there is a 593 foot wide crater through the solid rock of Beirut’s port. Nothing can do that, almost nothing.

Even a standard nuke won’t do this kind of damage.  12000 tons of ammonium nitrate wouldn’t have done it as well but, when making up a story, someone forgot to ask demolition/explosive/physics experts.

We recommend that curious readers take advantage of the wealth of material on nuclear test craters rather than take our word for it.

Where does one begin.  Disgust is a good place.  Lebanon asked Russia for help and aid has been offered.  Let us be clear, Israel had, only 5 days before, threatened to blow up Lebanon’s ‘infrastructure.’  The Port of Beirut is now gone.  End of story there.

A drama has been created, a story from Russian and Israeli intelligence, of a leaky ship and a forgotten cargo that represented the largest explosion ever to hit the Middle East, even bigger than the 2013 Damascus nuke or the multiple tactical nuclear attacks on Yemen.

But none of it really happened, there wasn’t a leaky ship, there was no warehouse of fertilizer, certainly not in Beirut where, if it existed it would have been stolen in hours, for car bombs or even used, wait for it, as fertilizer.  Nothing is safe in Beirut, a place where Israel has bombed over and over, where people live decades in bombed out homes while skyscrapers go up next door.

This is Lebanon, the ultimate failed state.  Want to get at Hezbollah?  Nuke Beirut, just bombing them is “so 2006” and all those other years Israel has bombed as well.

In fact, Israel flies its war planes over Lebanon, over Beirut, 24 hours a day while unleashing missiles at Syria, using Lebanon’s undefended airspace to protect them from retaliation, that and the ass kissing relationship between Netanyahu and Putin.

Oh, one more reason, there are over a hundred permanent demonstrations going on in Israel, their version of BLM, demanding “criminal Netanyahu” stand down.  His answer, of course is to nuke Lebanon.

Now Russia is claiming that they had abandoned a fertilizer ship that exploded, reported on both Sputnik and RT with interviews with the crew.  No such ship exists or existed.  One ship was damaged, but not vaporized, just damaged.  Russia ran to the help of Israel just the way, for the past many months now, they blame Biden and George Soros if it rains.

Soon thereafter, photos of one ton bags of ammonium nitrate began appearing, the same photo, first from trolls and now in papers across the country, the imaginary 2750, not 2700 or 3000 mind you, but 2750, lies need to sound exacting, stash of 7 year old fertilizer kept in a food storage facility where such a thing would be illegal.

Our first call came from Lebanon, a Lebanese general telling us they were attacked, first by an Israeli patrol boat that hit the port warehouse with an anti-ship missile, then from an F 16.  They term they used was “tactical nuke.”

Then we went to the IAEA who reported a “fission event” in the “Eastern Mediterranean.”  We published their data as well.

We know that Saudi intelligence in Beirut, and they are very powerful there, a huge embassy close to Ground Zero, reached out directly to Donald Trump for reasons we all know all too well.

He reported the truth, leaving out the word “nuke” out of fear of the press.

He has stuck to this. And so it goes….