Pennsylvania Patriots Show Up In Force in Lancaster 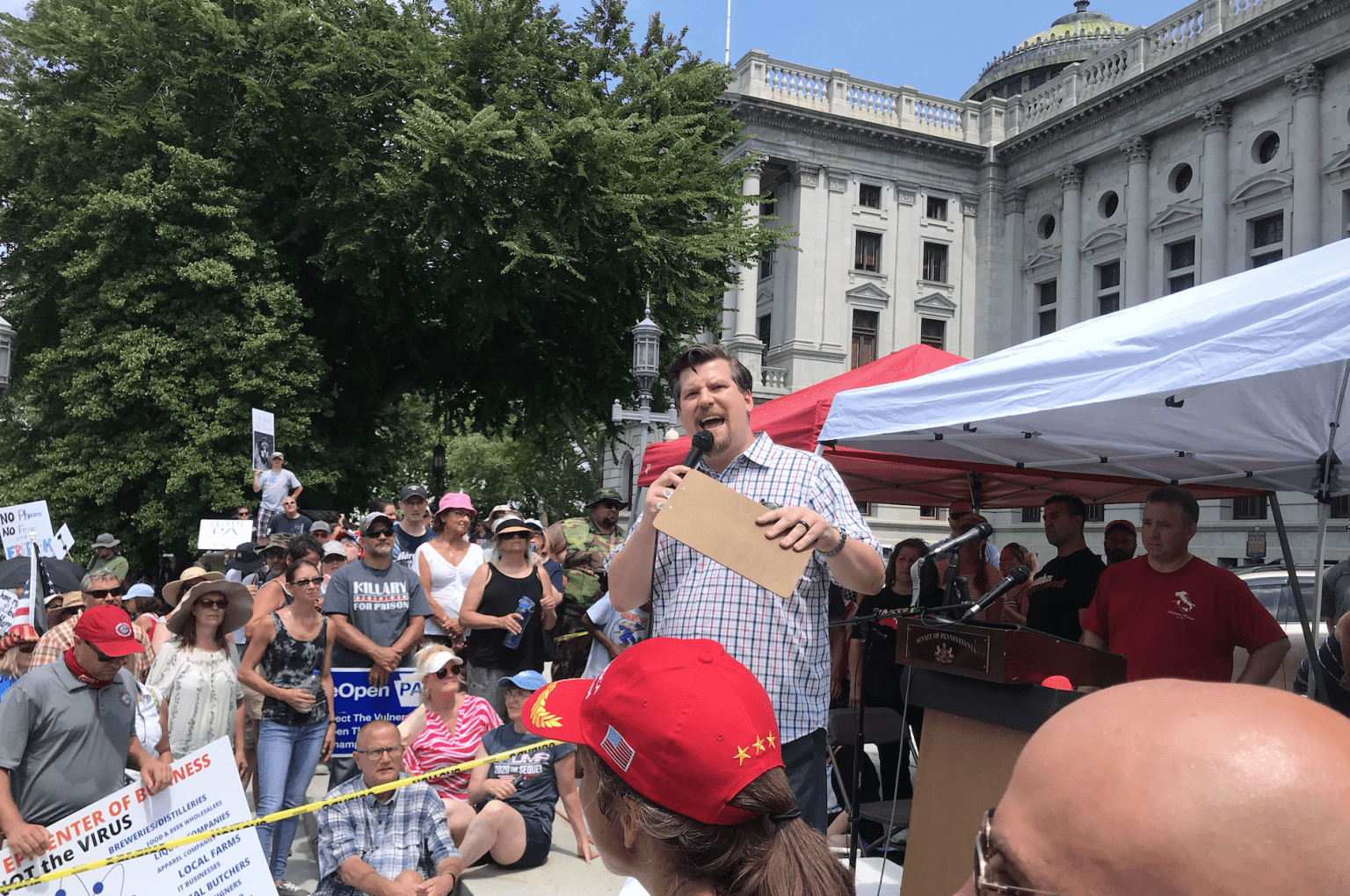 Pennsylvania Patriots Turn Out in the Thousands at the Capitol to Defy Gov. Wolf’s Mandates as Resistance to Mask Laws, Lockdown Intensifies [INCLUDES PHOTO ESSAY]

Braving sweltering summer temperatures and even higher humidity, more than a thousand patriotic Pennsylvanians took to the steps of the Capitol in Harrisburg on Wednesday, calling for an end to Gov. Tom Wolf’s authoritarian lockdown of the Keystone State.

ReOpen PA co-founder Matthew Bellis was among the keynote speakers, and Joel Saint, pastor of Independence Reformed Bible Church in Lancaster County and a regular contributor to Lancaster-blog, was interviewed by local television reporters.

Speakers had harsh words for the governor and his transgender Secretary of Health, Rachel Levine, a political appointee and former pediatric psychiatrist with no background in public health policy who has directed the state’s bungled COVID response.

“We’ve been at this since mid-April – where is the data behind your decisions?” Bellis rhetorically asked the governor. “Governor, give up your power!”

Bellis noted that the governor and Levine have not released any info on where the supposed infection hotspots are, but closed down bars, restaurants and churches, effectively killing businesses and harming churches.

“Ignorance breeds fear, and fear has become a virtue, and that has become a weapon,” Bellis said. “Truth gets drowned out and people languish under poor leadership because of that fear.

“Why has a community effort to manage a disease become the most political issue of the day?” Bellis continued. “Truth will out…and someday your chickens will come home to roost.”

Bellis concluded telling the cheering crowd “Yes, we want to win, but it’s more important that you stand . We must stand firm.”

Wolf was particularly upset by the fact that citizens throughout the Keystone State continue to operate in open defiance of his unlawful, unenforceable mask mandate. An order released July 15 reduced indoor dining capacity at businesses in the retail foodservice industry from the current 50 percent to just 25 percent, among other restrictions.

Christine Wartluft, co-owner of Palmyra Italian eatery Taste of Sicily, which has now racked up $10,000 in fines for allowing customers to eat in their dining room before they moved to the “green” phase of the state’s reopening plan, told the crowd that the restaurant was 100% open despite the latest orders, and that “We’re not going to pay one dime of those fines!”

The actions at Taste of Sicily reflect a growing rebellion in the state against Wolf’s orders, with businesses refusing to follow mandates that don’t have legal backing, and citizens refusing to wear masks.

“This governor preys on the weak, but we aren’t going to pay a dime for this,” she said.

Saint was interviewed by ABC 27, and it was the usual thing where the “reporter” asked a question, Saint gave his factual response, and the “reporter” then went on to editorialize and give his opinion that the factual response was wrong. (And the stations wonder why no one watches local TV news and no one respects TV “journalists.”)

Diamond talked about legislation he is sponsoring that would limit future declarations of emergency by governors, and called on Levine to resign or be fired for her epic mismanagement as well as her pulling her own mother out of assisted living even as she was ordering senior homes to accept COVID patients, which lead to 69% of Pennsylvania COVID deaths being among seniors.

Mastriano called Levine and Wolf science deniers for creating policies not based on sound science, but rather flawed models.

Below is a photo essay of the great turnout, people and signs.