Harris’ husband, Douglas Emhoff, is a partner at the firm that Vanina Guerrero is suing. 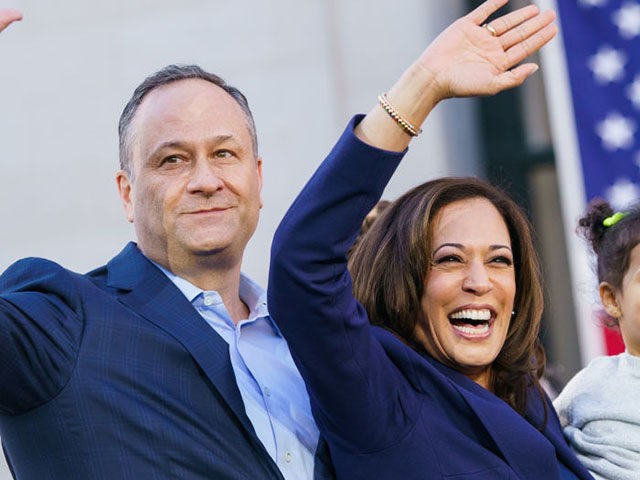 Democratic presidential candidate Sen. Kamala Harris was pulled Monday into a sexual assault dispute at the Silicon Valley law firm where her husband, Douglas Emhoff, is a partner.

Emhoff works for DLA Piper, where a junior partner named Vanina Guerrero has charged last week in a complaint to the U.S. Equal Employment Opportunity Commission that she was sexually assaulted four times by a top deal-maker at the firm, Louis Lehot.

In a letter to Harris published on Medium on Monday, Guerrero’s lawyer, Jeanne Christensen, asked for the California senator’s help in getting her client released from DLA Piper’s mandatory arbitration rules so she can “get her day in court.”

Noting the press coverage of the Guerrero case and the open letter she sent to DLA Piper’s leadership last week, Christensen wrote, “I hope that you either read about the open letter yourself or that your husband Douglas Emhoff, a partner at DLA Piper, shared it with you.”

Christensen wrote that DLA has not yet responded to Guerrero’s request.

“I am sure that you would agree that silencing women though forced arbitration must end,” Christensen wrote. “No female employee, including a new partner, would knowingly agree to waive her right to our court system for claims involving sexual assault, battery, or rape,” Christensen wrote. “Given your profile as a candidate for the Democratic nominee for President of the United States, you are in a unique position to condemn the actions of DLA Piper and made clear that mandatory arbitration must stop.”

“Again, I urge you to support Ms. Guerrero and let DLA Piper know that time is up for its draconian policy that disproportionately protects male predators at the expense of women,” Christensen wrote.

In response to a request for comment, Harris’ communications director, Lily Adams, sent the following statement: “Senator Harris has been and continues to be a staunch advocate for survivors and believes all people must be guaranteed their day in court. She has long opposed forced arbitration agreements and that position has not changed and she does not believe this is any exception.”

“One of the fundamental principles of our democracy is that everyone should get their day in court,” they wrote. “Forced arbitration deprives Americans of that basic right.”

The Los Angeles Times reported in March that the California Department of Justice paid more than $1.1 million to settle claims by workers who said they were sexually harassed or retaliated against by co-workers during Harris’ tenure as state attorney general from 2011 to 2017.

NBC News has also emailed DLA Piper spokesman Josh Epstein, but so far there has been no response.

Also, DLAPiper has resisted calls to get rid of mandatory arbitration.

In her EEOC complaint, Guerrero wrote that Lehot lured her to his law firm with promises of fast advancement and attacked her the first time two weeks after she signed on.

“Unable to take ‘no’ for an answer, Mr. Lehot sexually assaulted Ms. Guerrero in his hotel room in Shanghai,” the complaint alleges.

Guerrero charged the attacks escalated over the next 10 months and that Lehot began sabotaging her career when she resisted his advances. She said she was too afraid to tell anybody at first.

“Having moved my two toddlers and husband that I support financially from Hong Kong to California for this job, I was petrified to believe what was happening to me, much less tell anyone,” she wrote in the complaint.

Lehot did not respond to a request for comment when the story first broke last week. He is the co-managing partner at the firm’s Silicon Valley office branch in Palo Alto.

Dubbed a “Star Silicon Valley Lawyer” by Bloomberg News, Lehot works in an office down the hall from Guerrero.