12 Weeks Away From The Most Chaotic Election In US History, The Democrats Communist Agenda Is In Focus As They ‘War Game For A Contended Election That Leads To Civil War’

America! Watch Out For ‘Reparations’ And ‘UN Strong Cities’ Troops In US Cities 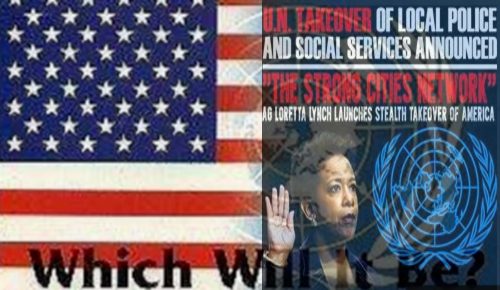 The lead story over at the Daily Mail for most of the day on Monday reported that according to Chicago mayor Lori Lightfoot, “we are coming for you” in a warning to looters who had ransacked Chicago in a night of ‘straight up criminality’ though as we’ll explore within this story, with the top prosecutor in Chicago having dismissed more than 25,000 felony criminal cases, Chicago’s mayor is doing nothing but blowing hot air out of her mouth in her warning which no one in Chicago is heeding.

With black lives matter now claiming that ‘looting is reparations’ and anything stolen from businesses by the blm/antifa rioters ‘is ok’ because ‘businesses have insurance’, Steve Quayle recently warned while linking to this story over at the Daily Mail reporting that Seattle’s police chief has resigned after the City Council voted to defund the police that all of the Democrat madness we see unfolding in all these democrat-run cities is part of a much bigger agenda: “As these Democrat controlled cities become war zones, these cities will call for UN troops”.

And with Democrats clearly babbling out of both sides of their mouths in 2020, with Lightfoot’s call for getting tough on looters and criminals totally contradicted by top prosecutor Kim Foxx dismissing 25,000+ felony charges, the thugs and criminals in Chicago have been given free reign to do whatever they want there, knowing in their minds they are backed by the top prosecutor there and will likely never get charged for any crimes, no matter what crimes they are and no matter what Mayor Lightfoot babbles.

Cook County State’s Attorney Kim Foxx has dismissed more than 25,000 felony cases – including many involving charges of murder and other serious crimes – in her first three years on the job, a new report shows.

Foxx gained notoriety last year when she dropped felony charges against Jussie Smollett, the Empire actor accused of staging a racist, homophobic attack on himself in January 2019.

The Chicago Tribune on Monday published an analysis of Foxx’s overall record on dropping charges, revealing that she has done so at a rate that’s 35 percent higher than her predecessor.

In the first three years after Foxx took over as Cook County’s top prosecutor in 2016, her office dismissed all charges against 29.9 percent of felony defendants, the Tribune found.
By comparison, Foxx’s predecessor Anita Alvarez dropped charges against just 19.4 percent of felony defendants over her last three years in office.

A total of 25,183 defendants had their felony charges dismissed under Foxx up until November 2019, compared with 18,694 under Alvarez during a similar period, the Tribune said.

(ANP Emergency Fundraiser: Following Stefan’s medical emergencies during the month of July and upcoming medical bills for surgeries he’ll need, ANP is holding an emergency fundraiser during the month of August. So if you like stories like this, please consider donating to ANP to help keep us in this ‘Info-war’ for America at a time of systematic censorship and corruption.) 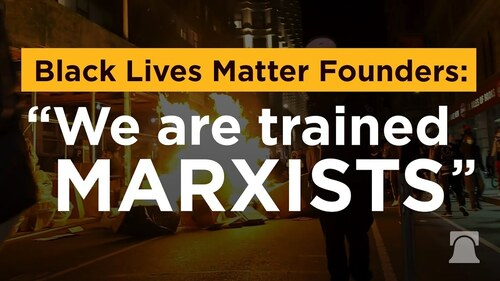 With these rioters/thieves being totally backed by black lives matter, with blm actually calling these thefts, robberies, burglaries and outright criminality ‘reparations’, law-abiding Americans all across the country serve themselves and their families best by ‘arming up for bear’ and getting ready for what these devils are already bringing out to the suburbs. From this Daily Mail story showing just how far America has fallen into leftist insanity in 2020.

Black Lives Matter Chicago said early Monday’s looting of stores was a form of ‘reparations’ as the group held a protest Monday night in support of the more than 100 people arrested after an evening of violence.
Downtown Chicago was otherwise quiet after authorities cut off access, with drawbridges leading into the city pulled up and freeway exits blocked after riots sparked by a false rumor of a child shot by police.
At least 13 police officers were injured as the violence claimed an estimated $65 million in property damage.
Ariel Atkins, a BLM organizer, called the looting ‘reparations’.
‘I don’t care if someone decides to loot a Gucci or a Macy’s or a Nike store, because that makes sure that person eats,’ Atkins said. ‘That makes sure that person has clothes.
‘Anything they wanted to take, they can take it because these businesses have insurance.’
David Brown, Chicago Police Superintendent, said at the Monday press conference that looters could have been behaving ‘as if there are not consequences’ because of ‘what happened previously’.
A reporter, addressing the police chief, said: ‘It almost sounds as though you were saying the reason we have this is the courts and the prosecutors were not doing their job, that they were going too easy on the looters from the last time around. Is that my understanding?’

With rioters getting a total free pass in Chicago, Portland, Seattle and elsewhere, the fact that Seattle’s first black female police chief has resigned in protest of Seattle voting to defund the police is another hint of where America is headed, and as both Steve Quayle and a reader of this recent Infowars story have warned, no police in US cities leaves a huge opportunity for the globalists agenda. One comment from the Infowars story.:

Someone needs to inform the street people that if local cops are defunded, the vacuum will be filled by international forces. Search for the U.N. Strong Cities Network! 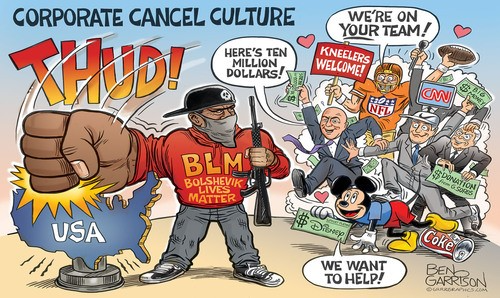 Ironically, the new survey on feelings toward law enforcement presence, part of the Gallup Center on Black Voices, suggests that if Black Lives Matters and other police abolitionists get their way, they will be thwarting the views of very group in whose name they are acting.

So with 2020 Democrats doing a great job of talking out of both sides of their mouths while pushing their agenda that won’t be enforced because they are completely divided even on that, we continue to urge preparation for the madness that will surely be unfolding in the months ahead, especially with the 2020 election now only 12 weeks away and Democrats ‘war-gaming’ of the election including West Coast secession and a possible Civil War in America as Breitbart reports in this new story.

Democrats are contemplating secession and potential civil war as they game out possible scenarios for a closely contested election, according to a report by Ben Smith in a New York Times column Sunday.

The bulk of Smith’s column is devoted to the question of how the media will handle Election Night coverage, given that the result may not be known for weeks. Vote-by-mail, which many states have only recently adopted — ostensibly, to prevent the spread of coronavirus in polling places — could lead to an uncertain result.
However, buried near the end of Smith’s column is a report that Democrats have participated in a “war game” in which they considered several possible outcomes of the election.

In one scenario, John Podesta — the former chair of Hillary Clinton’s presidential campaign, and a leading figure in party circles — played former Vice President Joe Biden, and refused to concede the election. The result: the threat of secession by the entire West Coast, followed by the possible intervention of the U.S. armed forces.

In the first video below, Infowars talks with us about the Democrats and their wargaming of the November election, including their planning for possible West Coast secession as well as Civil War. And in the 2nd video Infowars discusses just how Democrats are enabling ‘their own terrorists’ to get away with violence and chaos in big US cities across the country, giving us more signs of just what is likely ahead as 2020 rushes towards its climatic conclusion with nothing less than ‘America’ hanging in the balance.