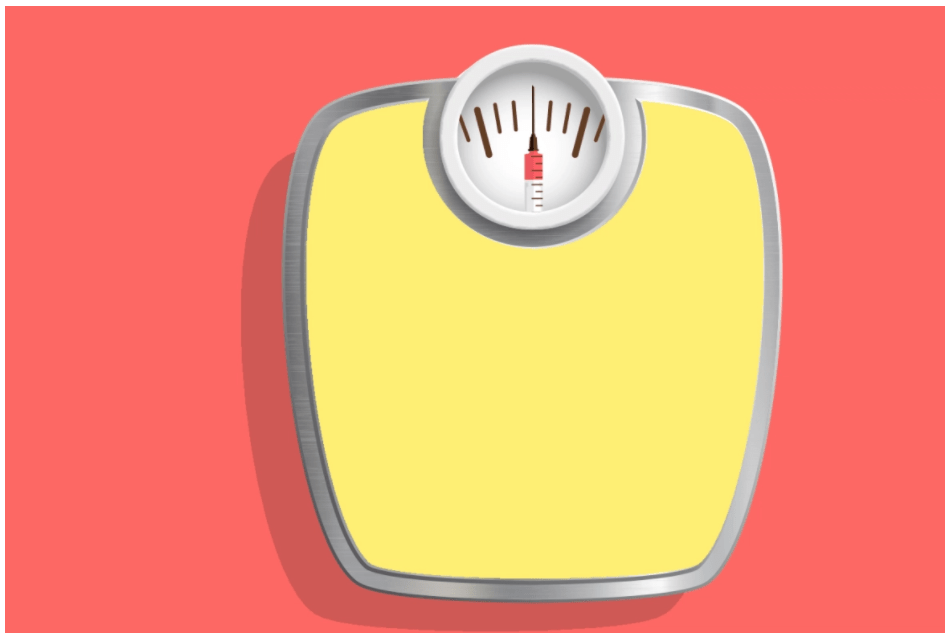 As scientists race to develop a COVID-19 vaccine, experts say obesity could prove an impediment — a sobering prospect for a nation in which nearly half of all adults are obese. (Lynne Shallcross/KHN illustration; Getty Images)

For a world crippled by the coronavirus, salvation hinges on a vaccine.

But in the United States, where at least 4.6 million people have been infected and nearly 155,000 have died, the promise of that vaccine is hampered by a vexing epidemic that long preceded COVID-19: obesity.

Scientists know that vaccines engineered to protect the public from influenza, hepatitis B, tetanus and rabies can be less effective in obese adults than in the general population, leaving them more vulnerable to infection and illness. There is little reason to believe, obesity researchers say, that COVID-19 vaccines will be any different.

“Will we have a COVID vaccine next year tailored to the obese? No way,” said Raz Shaikh, an associate professor of nutrition at the University of North Carolina-Chapel Hill.

“Will it still work in the obese? Our prediction is no.”

More than 107 million American adults are obese, and their ability to return safely to work, care for their families and resume daily life could be curtailed if the coronavirus vaccine delivers weak immunity for them.

In March, still early in the global pandemic, a little-noticed study from China found that heavier Chinese patients afflicted with COVID-19 were more likely to die than leaner ones, suggesting a perilous future awaited the U.S., whose population is among the heaviest in the world.

And then that future arrived.

As intensive care units in New York, New Jersey and elsewhere filled with patients, the federal Centers for Disease Control and Prevention warned that obese people with a body mass index of 40 or more — known as morbid obesity or about 100 pounds overweight — were among the groups at highest risk of becoming severely ill with COVID-19. About 9% of American adults are in that category.

As weeks passed and a clearer picture of who was being hospitalized came into focus, federal health officials expanded their warning to include people with a body mass index of 30 or more. That vastly expanded the ranks of those considered vulnerable to the most severe cases of infection, to 42.4% of American adults.

Obesity has long been known to be a significant risk factor for death from cardiovascular disease and cancer. But scientists in the emerging field of immunometabolism are finding obesity also interferes with the body’s immune response, putting obese people at greater risk of infection from pathogens such as influenza and the novel coronavirus. In the case of influenza, obesity has emerged as a factor making it more difficult to vaccinate adults against infection. The question is whether that will hold true for COVID-19.

A healthy immune system turns inflammation on and off as needed, calling on white blood cells and sending out proteins to fight infection. Vaccines harness that inflammatory response. But blood tests show that obese people and people with related metabolic risk factors such as high blood pressure and elevated blood sugar levels experience a state of chronic mild inflammation; the inflammation turns on and stays on.

Adipose tissue — or fat — in the belly, the liver and other organs is not inert; it contains specialized cells that send out molecules, like the hormone leptin, that scientists suspect induces this chronic state of inflammation. While the exact biological mechanisms are still being investigated, chronic inflammation seems to interfere with the immune response to vaccines, possibly subjecting obese people to preventable illnesses even after vaccination.

An effective vaccine fuels a controlled burn inside the body, searing into cellular memory a mock invasion that never truly happened.

Evidence that obese people have a blunted response to common vaccines was first observed in 1985 when obese hospital employees who received the hepatitis B vaccine showed a significant decline in protection 11 months later that was not observed in non-obese employees. The finding was replicated in a follow-up study that used longer needles to ensure the vaccine was injected into muscle and not fat.

Researchers found similar problems with the hepatitis A vaccine, and other studies have found significant declines in the antibody protection induced by tetanus and rabies vaccines in obese people.

“Obesity is a serious global problem, and the suboptimal vaccine-induced immune responses observed in the obese population cannot be ignored,” pleaded researchers from the Mayo Clinic’s Vaccine Research Group in a 2015 study published in the journal Vaccine.

Vaccines also are known to be less effective in older adults, which is why those 65 and older receive a supercharged annual influenza vaccine that contains far more flu virus antigens to help juice up their immune response.

By contrast, the diminished protection of the obese population — both adults and children — has been largely ignored.

“I’m not entirely sure why vaccine efficacy in this population hasn’t been more well reported,” said Catherine Andersen, an assistant professor of biology at Fairfield University who studies obesity and metabolic diseases. “It’s a missed opportunity for greater public health intervention.”

In 2017, scientists at UNC-Chapel Hill provided a critical clue about the limitations of the influenza vaccine. In a paper published in the International Journal of Obesity, they showed for the first time that vaccinated obese adults were twice as likely as adults of a healthy weight to develop influenza or flu-like illness.

Curiously, they found that adults with obesity did produce a protective level of antibodies to the influenza vaccine, but they still responded poorly.

“That was the mystery,” said Chad Petit, an influenza virologist at the University of Alabama.

One hypothesis, Petit said, is that obesity may trigger a metabolic dysregulation of T cells, white blood cells critical to the immune response. “It’s not insurmountable,” said Petit, who is researching COVID-19 in obese patients. “We can design better vaccines that might overcome this discrepancy.”

Historically, people with high BMIs often have been excluded from drug trials because they frequently have related chronic conditions that might mask the results. The clinical trials underway to test the safety and efficacy of a coronavirus vaccine do not have a BMI exclusion and will include people with obesity, said Dr. Larry Corey, of the Fred Hutchinson Cancer Research Center, who is overseeing the phase 3 trials sponsored by the National Institutes of Health.

Although trial coordinators are not specifically focused on obesity as a potential complication, Corey said, participants’ BMI will be documented and results evaluated.

Dr. Timothy Garvey, an endocrinologist and director of diabetes research at the University of Alabama, was among those who stressed that, despite the lingering questions, it is still safer for obese people to get vaccinated than not.

“The influenza vaccine still works in patients with obesity, but just not as well,” Garvey said. “We still want them to get vaccinated.”