Kamala Harris’ record is much worse than anyone knows! 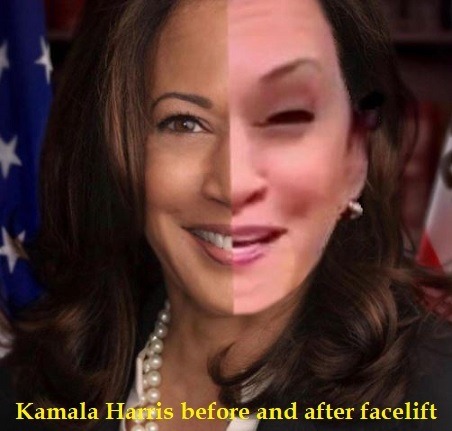 8 things you should know about Kamala Harris

(1) Kamala Harris is neither a “natural born” U.S. citizen (defined as both parents being U.S. citizens at the time of her birth), nor she is an African American. Her mother is a Tamil Indian, who immigrated to the U.S. in 1960 from Madras, India (Madras was renamed Chennai in 1996); her father came to the U.S. in 1961 from Jamaica, to attend graduate study in economics at the University of California, Berkeley. (Wikipedia)

(2) At age 31, fresh out of law school, Kamala Harris “slept her way” into two lucrative state government jobs that paid her nearly half a million dollars in just 4 years.

Kamala attacked her running mate as a quasi-racist during the Democratic debates.

(4) In February 2019, Kamala Harris said she would support reparations for “black people”.

(5) In July 2019, Kamala Harris said that if elected president, she would use executive orders for gun control.

Tulsi and Kamala mix it up during Democratic debate, where Kamala dropped out early.

Tucker reviews Tulsi’s attack on Kamala with her on “Tucker Carlson Tonight”.

(8) Kamala Harris is not a feminist:

Before Joe Biden selected her to be his VP running mate, during last year’s Demonrat primaries, at a campaign event in Nevada on April 2, 2019, Kamala Harris said she totally believed the women who accused Biden of touching them against their wishes: “I believe them and I respect them being able to tell their story and having the courage to do it.” (The Hill)

Of course, now that she is Biden’s VP running-mate, Harris conveniently has forgotten all that. So much for Kamala Harris being a feminist.