Czechs Slam Pompeo After His Arrogant Assault on Their Sovereignty

‘We are a sovereign country’: PM Babis tells Pompeo Czechs will decide for themselves what to do with their nuclear plant & Huawei 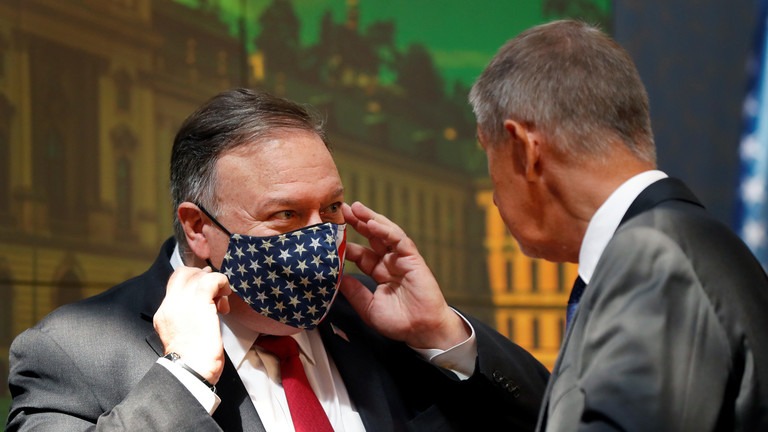 Czech Prime Minister Andrej Babis has rejected US Secretary of State Mike Pompeo’s push to limit his country’s contacts with Russian and Chinese firms and grant a nuclear power plant construction contract to an American firm.

Russia and China pose a threat to Czech energy independence Pompeo said during his visit to Prague on Wednesday. The top US diplomat warned of what he described as the risks of expanding the Dukovany nucler power plant. “Partnering with Russian and Chinese nuclear companies will in fact undermine the Czech Republic’s national sovereignty,” he noted.

But the Czech PM rejected his claims.

We are a sovereign country, we treat these countries quite standardly like everyone else.

“I said [to Pompeo] that we are moving forward as a member of the EU, that there has been a similar situation in other similar bids, and that we cannot eliminate anyone to comply with EU rules,” Babis told the Mlada fronta Dnes daily on Thursday about the construction of the power plant.

The Czech PM also refused to rule out Chinese telecom company Huawei as a potential partner in 5G building despite Pompeo’s push. The problem must be discussed within the EU, Babis said, adding that no final decision has yet been made on 5G tenders.

Czech President Milos Zeman told Pompeo on Wednesday that “the great powers should not be hostile to each other, but should have a common enemy, which is international terrorism,” according to Babis.

During his visit to Prague Pompeo said that China’s global economic power makes it in some ways “a more difficult foe to counter than the Soviet Union during the Cold War.”

President Trump’s administration is seeking to convince US allies in Europe and Asia to bar Chinese-made equipment from their tech networks or access to sensitive information on individual citizens and businesses.

In June, Russian state nuclear corporation Rosatom began resource testing of a mock-up of a third-generation VVER-440 nuclear fuel for the Dukovany nuclear plant in the Czech Republic.

Dukovany and Temelin NPP provide 35 percent of the country’s total electricity. Both plants have been using Russian nuclear fuel since they were commissioned.