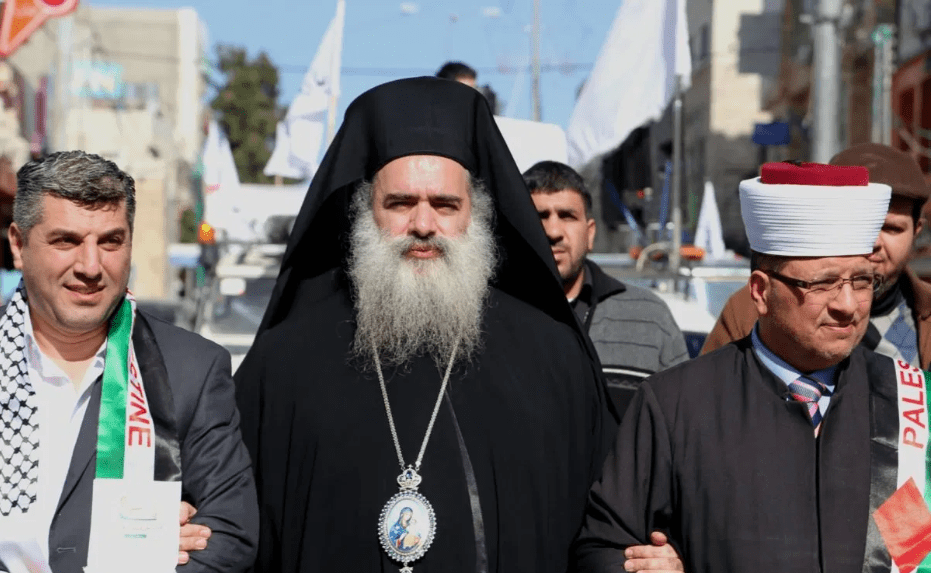 The Head of the Sebastia Diocese of the Greek Orthodox Church in Jerusalem Archbishop Atallah Hanna yesterday accused Israel of attempting to poison him.

Archbishop Hanna made the remarks during an interview with the official Jordanian TV channel from a hospital in the Jordanian capital, Amman, where he was transferred for treatment.

“What happened could be an assassination attempt, or an attempt to keep me sick throughout life … The repercussions of the toxic substance are dangerous, especially on the nervous system,” the station reported Hanna saying.

He added that a team in Palestine “is collecting evidence to ascertain the nature and source of the inhaled substance”.

“I cannot be certain that Israel is behind this incident, but indications show that it is behind it,” he added.

“I believe that if Israel is proven to be involved in this incident, its objective was not tantamount to an assassination, but rather an attempt to harm me,” he said.

Last week, Hanna was rushed to hospital after an Israeli gas canister was fired into his church in Jerusalem.