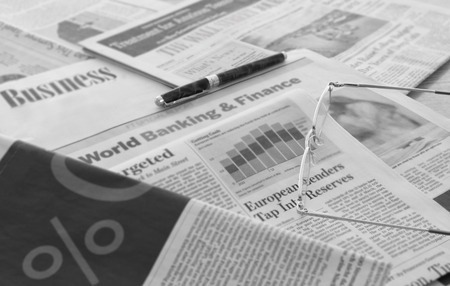 If you’re a regular reader here, you’ll recall that I recently blogged about a strange story from Botswana of the sudden death of a herd of elephants in that country. Indeed, the article was accompanied by sad pictures of elephant corpses that look as if they had died so suddenly that they collapsed and fell where they stood. SADs (sudden animal deaths) are one of the topics that fascinate me, not only for their occurrence, but also because of their inherent strangeness, and the equally strange explanations offered for them. The topic began to interest me years ago when I heard a radio report of the sudden deaths of a flock of birds in Tennessee that simply fell from the sky, stone cold dead, while they were in flight. At the time, I thought that it might have been a test of some sort of exotic electromagnetic weaponry, and I haven’t really modified that conclusion since. We’ll get back to that in a moment, for it forms part of today’s “really high octane speculation.”

That SAD Tennessee bird incident was followed by similar stories of birds falling from the sky from Arkansas to Texas, and then there was a story of a flight of geese in Idaho that fell dead from the sky, again in mid-flight. Indeed, I’ve written a number of blogs related to the phenomenon of Sudden Animal Deaths, and I thought this would be a good time and context to remind readers here of those blogs:

All this brings me to a story that I did not blog about at the time, but which I did comment about with an interviewer. I believe it was “Al” of Forum Borealis. In this case, the story is from 2016, was shared by PAI, who is due a big thank you for reminding me of it. The, like the story of the sudden deaths of the herd of elephants, concerns the sudden deaths of a herd of reindeer, half a world away, in Norway. But this time, the story has a twist:

Note that similarly to the elephants in Africa, the reindeer appeared to just have suddenly died where they stood. Notably, there’s no attempt to write the SAD reindeer event off to “sudden onset reindeer flu”. (Scamplandemics did not have the cachet they do now.) Rather, an entirely different explanation was offered, and it’s one that, at first glance, seems broadly to confirm my electromagnetic weapons speculations, and raises new issues. Citing from the article, which first appeared in August 2016 in the New York Times:

Experts say that lightning most likely caused the grisly sight. But for many people who have seen images and video of the eerie scene that answer has raised some suspicion.

“Lightning does not strike a point, it strikes an area,” said John Jensenius, a lightning safety specialist with the National Weather Service. “The physical flash you see strikes a point, but that lightning is radiating out as ground current and it’s very deadly.”

It’s possible that a single bolt could have hit one or two reindeer directly, he said, but the majority of the carnage was caused by ground current. When the electric discharge touches down it spreads out in search of places to travel. The reindeer, with their four hooves on the grass, presented potential pathways where that current could flow.

OK… that’s believable and plausible. Lightning does create a ground current, and in some cases, if one watches carefully, lightning can actually start from the ground and go up to the sky (as, incidentally, recent videos of the California fires seem to include examples of this type). The Earth is an electrodynamic body, and biological life – like reindeer – are bio-electrical systems.  Suddenly zapping them with a pulse of electricity can cause them to die, like that surge protector you have on your computer is designed to prevent transients or pulses from frying your computer. It’s electromagnetic pulse, but through the wires, or in this case, through the ground. Wet ground would be far more conductive, and hence this explanation might explain the sudden elephant deaths in Africa. Except that there, recall, the speculation was on some kind of fast acting pathogen, not lightning strikes. Why? We’re not told, except we may speculate that perhaps the weather was not storming or raining where the elephants were found, and hence a lightning strike in clear blue weather might raise uncomfortable questions.

But then comes an odd statement, and with it, questions are raised:

“The electricity would go up one leg of the body and stop the heart and go down and out another leg,” he said. “In an instant, of course.”

The same thing can and does happen to humans, Mr. Jensenius said, but animals are particularly vulnerable because they have more legs and their legs are further apart. The greater the distance between two legs, the greater the chance that electricity will try to flow through them, and the stronger that charge will be.

Though the reindeer were in a herd when they died they did not have to be touching to get electrocuted. They only had to be touching the ground within an area about 160 to 260 feet in diameter from where the strike or strikes hit. The 323 reindeer most likely dropped dead from cardiac arrest where they stood and did not go flying in the air, like in some movies. Mr. Jensenius said that it’s likely the lightning would have struck that location whether the reindeer were there or not.

Now, as we know, livestock and humans can be struck by lightning, and die from that ground current discharge. What I find extremely odd about both instances is that no other animal deaths are reported in conjunction with the reindeer and elephants. For that matter, the same seems to hold true in those reports of birds falling from the sky. Here it’s starlings, there it’s geese. Particularly in the case of a herd of reindeer, one might assume that the herd would be being stalked by predators of some sort, wolves, cougars, and so on. In other words, it’s the fact that, in all these incidents, it’s only one type or species of animal that is involved is what raises my suspicions. That, to my mind, suggests deliberate targeting of that species. After all – and here’s today’s high octane – if every species has its own unique bio-electric template, and if that signature or template is known, one can modulate an electrical pulse to take out only that species with an electromagnetic pulse. This hypothesis – wild and woolly though it is – is what I believe to be in action in some of these strange cases. All that is needed is to something to complete the circuit…

… like a cell phone. Just dial the right number, and send the pulse…