Bette Midler Admits She Was Wrong for Mocking Melania Trump 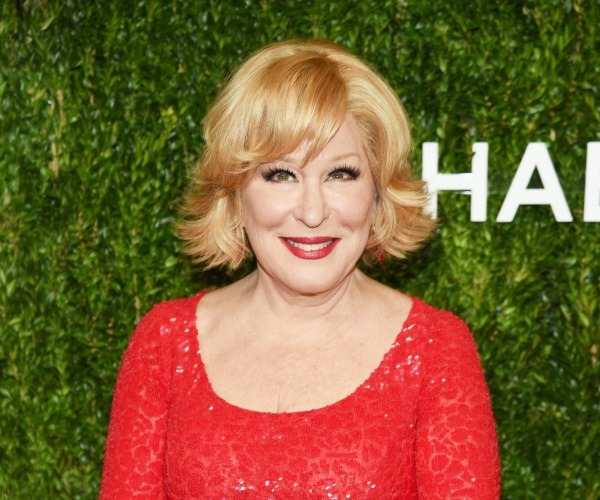 Bette Midler has admitted she was “wrong” to mock and insult Melania Trump during the first lady’s closing speech for the second night of the Republican National Convention.

The “Hocus Pocus” star was slammed as a “racist” and “xenophobe” after she mocked Melania’s accent and called her an “illegal immigrant” on Twitter, but Midler has backtracked on her remarks.

“Well, all hell has broken loose because I said Melania ‘still can’t speak English’ last night,” she tweeted on Wednesday. “I was wrong to make fun of her accent. America is made up people who speak with all kinds of accents, and they are all welcomed always.”

During Melania’s speech, Midler wrote a series of insulting tweets.

“Oh, God. She still can’t speak English” she wrote in one, and in another one, she wrote “#beBest is back! A UGE bore! She can speak several words in a few languages. Get that illegal alien off the stage!”

The award-winning actress immediately faced backlash on social media. Among her critics was Piers Morgan.

“Oh, God. Bette Midler’s a racist,” he wrote in a tweet. Then, upon hearing Midler’s indirect apology, he wrote: “BREAKING: Racist apologises for being racist.”

Radio host Dana Loesch took aim at the actress, writing on Twitter that “Xenophobe who speaks one language mocks immigrant who can speak five.”

CNN’s Kyle Feldscher also weighed in on the matter.

“One would think that someone who has performed in front of crowds her entire career would be impressed with someone making a speech to millions of people in a tongue that is not her first language. This is pathetic,” he tweeted.

Actor James Woods added in a tweet that “The party of diversity mocks an American for her accent.”