Manufactured Crisis: What Are You Going To Do? 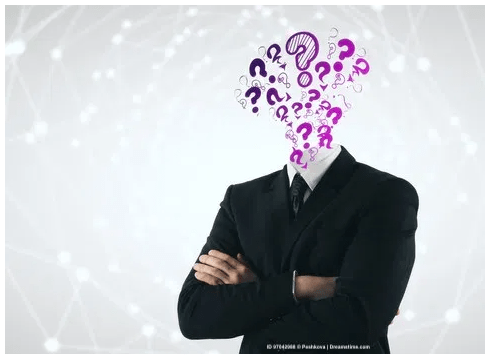 At the Davos conclave in January, Klaus Schwab addressed the audience of globalists and elite financial architects: “The pandemic represents a rare but narrow window of opportunity to reflect, reimagine, and reset our world.” The pronouncement took place weeks before the novel coronavirus spread through the United States.

The ‘Global Economic Reset’ envisioned by Schwab, founder of the World Economic Forum (“Forum”), placed him at the proscenium of the New World Order. On January 23, 2020, the Forum signed the final leg of the “Strategic Partnership Framework” with the Organization for Economic Co-operation and Development (OECD). Six months prior, the Forum and the United Nations signed the original framework outlining “areas of cooperation to deepen institutional engagement and jointly accelerate the implementation of the 2030 Agenda for Sustainable Development.”

What took place over six months with little fanfare or media coverage was put in motion and described as a “rare but narrow window of opportunity” by Klaus Schwab who spoke boldly about how to change the world in his image. He wrote the Davos Manifesto in the 1970s and then updated it for 2020.

The plan wasn’t born yesterday, nor was it created overnight. Like the coronavirus, the plan needed a long runway to be developed and then released in stages. It required social conditioning. It also needed to appear natural while carrying the maximum effect to turn pockets of resistance into obedience, and one day into full submission of forced vaccinations.

What does that mean for the people of the earth? Unbeknownst to most of them, they would be taking part in the most significant social engineering and biologic experiment in human history.

First, all 193 member countries of the U.N. signed the resolution in 2015, putting unelected officials at the helm of changing society and the future of the planet. Next, they promised to adopt the 2030 sustainable development goals. Then, the Fortune 1000 corporations pledged their support. With the super alliance set to transform the world economic system and much more, one obstacle emerged: Donald J. Trump’s upset victory in the 2016 U.S. presidential election. Trump’s ascendency disrupted and likely delayed the rollout of their plan. But only temporarily.

Two of the six program areas of Agenda 2030 focused on Health and Digital Cooperation of Klaus Schwab’s brainchild, the “Fourth Industrial Revolution.” In the former, the capture of health agencies, institutions, and stakeholders of medicine and science needed an event to “vaccinate the world.” Bill Gates, a Forum collaborator and sponsor, famously made that call to action during his numerous TV appearances about the Covid-19 pandemic. In the latter, Schwab and Gates saw the omnipresent Orwellian importance of data collection, data surveillance, and profile analysis of every human on earth as key to implementing and completing the takeover.

To achieve biosurveillance of all people, the planners needed to launch a pandemic with lockdowns and shelter-in-place orders and included shutting down brick and mortar businesses around the world. It also required experts to amplify the fear of “emerging global health threats,” like the hoax measles outbreak in New York and Samoa and the Ebola outbreak in the Congo.

With all the social engineering and arbitrary rules rolled out, societies were no longer dealing with the threat of the virus per se, but the friction of people trying to obey and comply. In the United Kingdom, political scientists saw the disputes as a threat to the plan and published an eight-page guide, “Options for increasing adherence to social distancing measures.”

“A substantial number of people still do not feel sufficiently personally threatened… The perceived level of personal threat needs to be increased among those who are complacent, using hard-hitting emotional messaging.”

The messaging they chose wasn’t really about health and wellbeing. No, the pandemic was really about social control. When it was finally uncovered that the tech giants, Big Pharma, the multinational news corporations, and all level of government had signed on to the U.N.-Forum’s agenda, it became obvious how the masters of the “Plandemic” implemented those controls with fascist lockstep synchronicity.

Thus, they controlled the narrative.

They captured control of all of humanity beginning with rules that at first seemed logical to contain the contagion. Wear masks, maintain social distances, shelter-in-place, and shutdown places where people meet and congregate. Some of the shutdowns were arbitrarily labeled “non-essential businesses.” That included bars, cafes, taverns, restaurants, stores, private shops, churches, schools, colleges, parks, beaches, gyms, hair salons, and on and on.

The news pumped out daily articles about how the temporary measures were “for your wellness and safety.” The articles were funneled through the digital and social media gatekeepers of Google, YouTube, Facebook, Twitter, and telecom providers. Every radio and television commercial reminded us to follow the rules to “be safe.” That ensured any truthful opposition would be censored, banned, and shutdown.

The plan also achieved another objective: It blocked people from meeting in person to complain and disallowed groups from forming that would be large enough to revolt. Were the people divided as part of a 2020 strategy to disrupt the upcoming presidential election? Were the shutdowns designed to stop Trump from gathering support and supporters at rallies?

The obvious answers to both are yes. It should be clear that the U.N.-Forum/Gates-Event 201 axis wants to remove anything that would block the implementation of the full 2030 Agenda.

The temporary nature of the measures – as promised – has yet to be removed. Lockdowns in international locations, such as New Zealand and Australia are extreme despite data showing the outbreaks and deaths have become negligible. To pile on to the faulty statistics, the CDC invented a new term, “Twindemic.” That’s a combo of seasonal flu and coronavirus statistics, a nice marketing ploy to keep the masses in fear and uncertainty. Like shaming people for non-compliance, doubt and fear are tools they have used since the start of this global disaster.

Coronavirus in Sewage and Flu Vaccines

The U.S. Centers for Disease Control recently announced it was monitoring the sewer systems for traces of the COVID virus. This isn’t new; they have surveilled sewer systems for pathogens going back to the 20th century. Scientists in Northern Italy claimed they found coronavirus in their sewer systems last December. The same finding happened around the same time in France.

“From 60 tests that I conducted by obtaining patient data… 58 had received flu vaccines. Young intubated people had used VaxiGrip Tetra, which is also intended for children…..All the strains contained in this year’s flu shots were reported by the WHO in early 2019, and contained two (2) strains of coronavirus (inactivated). It is not a secondary matter.”

For Italy, the vaccines “under observation” are Fluad 2019-2020, Influvac-S Tetra, Influvac-S, and Vaxigrip Tetra.

That proposes a serious question: Was the coronavirus released in Wuhan at its biowarfare lab AND spread worldwide by influenza vaccines last year?

If that’s the case, it would explain:

Human Mice in a Maze

Experimenting to find the emotional breaking points while collecting and analyzing their DNA obtained through obligatory testing, The Powers That Be (TPTB) are learning the correct messaging to implement total control over the global population. They are determining how to roll out the next forms of coercion, from a cashless society to immunity passports and the use of mandatory vaccination.

They are determined to identify the brave, bold resisters to label them with a “Scarlet Letter” – a mobile app, a wristband, an ankle bracelet or a red flag hung on a house as they did in Samoa last year over an outbreak of the measles.

After the rules are fully implemented, forced vaccinations will be coming to a doorstep near you. We the People still have a window of opportunity to resist and revolt. What are you going to do, given the choice to die on your feet or live on your knees? What is freedom worth to you?