PATRIOT PRAYER GUY SHOT DEAD IN PORTLAND FOR BEING “TRUMPER”

One person was shot and killed late Saturday in Portland, Oregon, as a large caravan of President Donald Trump supporters and Black Lives Matter protesters clashed in the streets, police said.

It wasn’t clear if the shooting was linked to fights that broke out as a caravan of about 600 vehicles was confronted by counter-demonstrators in the city’s downtown.

Police said the caravan had left the area around 8:30 p.m., and officers heard gunshots at about 8:46 p.m., according to a statement. Officers arrived at the shooting scene “within a minute,” police said, but the man who was shot did not survive.

An Associated Press freelance photographer heard three gunshots and then observed police medics working on the body of the victim, who appeared to be a white man. The freelancer said the man was wearing a hat bearing the insignia of Patriot Prayer, a right-wing group whose members have frequently clashed with protesters in Portland in the past.

Police said the man was shot in the chest. He was not immediately identified. It’s unclear who shot him.

VIDEO OF THE ACTUAL MURDER! (FIXED)

So there you have it.  They killed the man BECAUSE he was a Trump Supporter.

This now appears to be an actual Civil War. 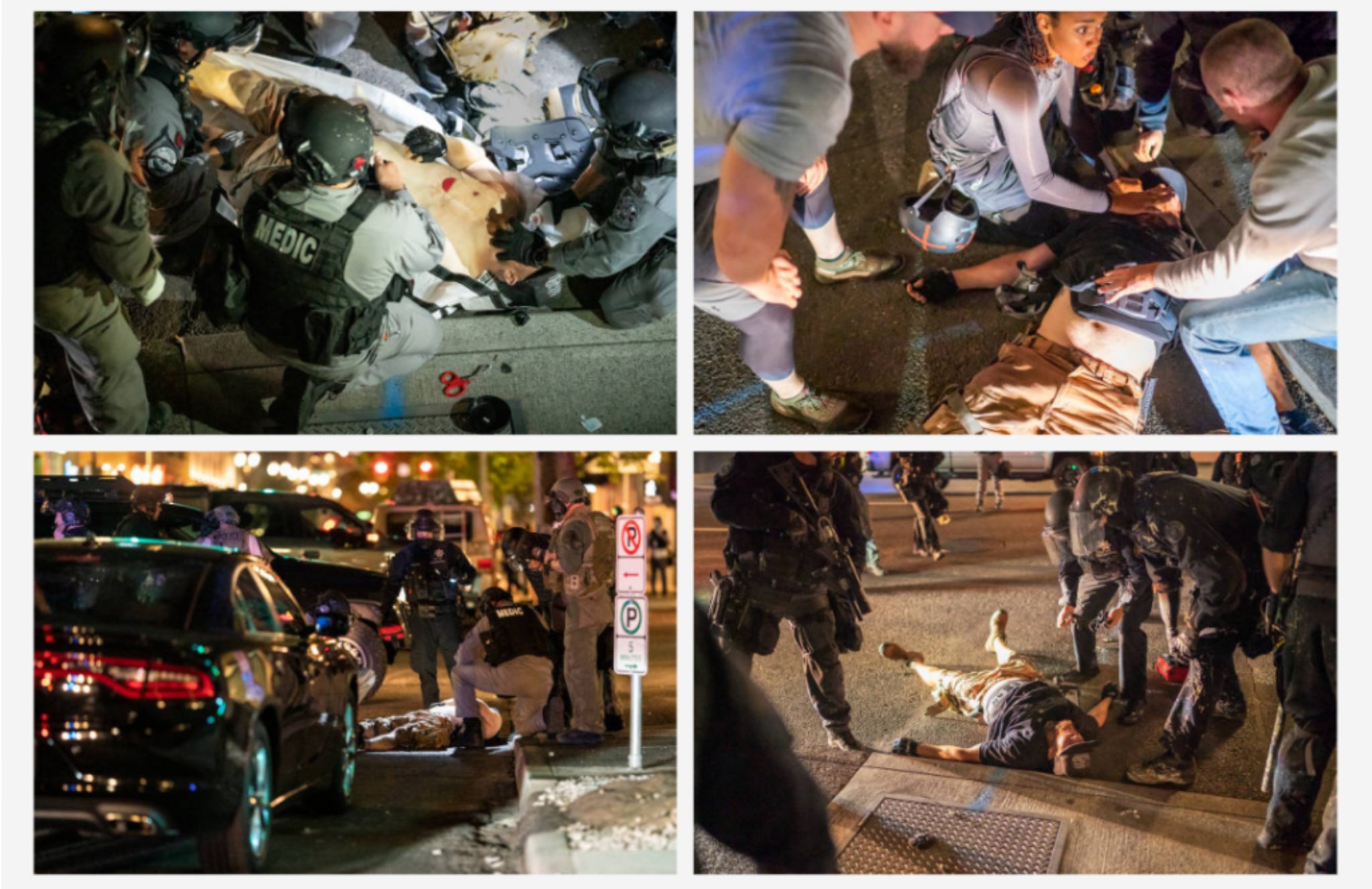