KHAZARIAN MAFIA: The Peak of the Pinnacle of the World Power Pyramid

Khazarian Mafia – The True Rulers Of The World (Documentary Video). Great Historical Information Of Major Past Events That Lead Us Up To Today!

By The Last Trumpet (Stellar Prophet) 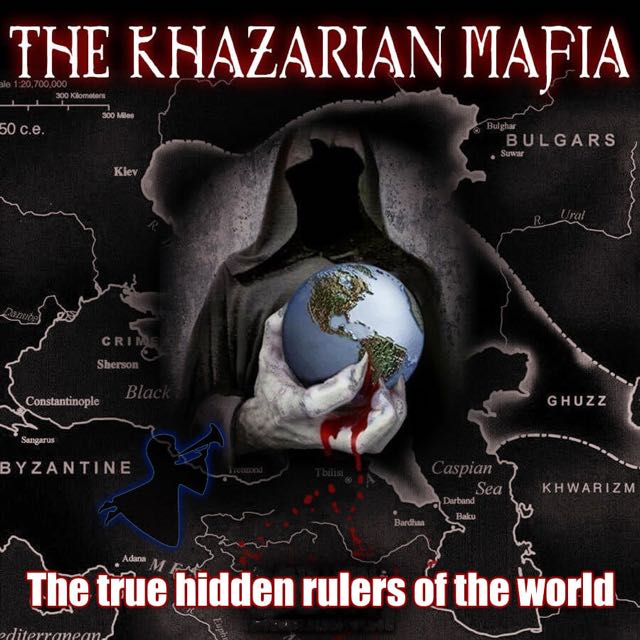 Khazarian Mafia – The True Rulers Of The World (Documentary Video).

The Khazarian Mafia  | The Babylonian Cabal are Edomites in the Bible and are the descendants of Cain, Esau and the Edomites.  Esau race mixed and married outside the Tribes of Jacob surnamed Israel and was cursed by God of Abraham Isaac and Jacob.   Messiah Jesus referred to these Edomites as the rotten figs meaning that they are rotten people and produce no fruit.

Note in the above video it stated that the US Army is comprised mostly of the Germanic people.  Why?  The Germanic people are the Tribe of Judah and are the battle axe from the Tribes.  There are many Germanic people in the USA and America almost became a German speaking nation as English won out by only one vote.  The Tribe of Judah are true warriors and great fighters to protect the Tribes of Jacob and always camped on the east side.  Note that Germany is on the east of all the Tribes of Israel to protect the Tribes from Russia.  This is the reason for the mass migration into Europe and America as it weakens the Tribes of Jacob so that they can be conquered more easily by the enemy.

The Germans were the leading inventors and all the patents from Germany were stolen by the Russians and Americas after WW2.  All the major inventions in the world can be attiributed to all the Tribes of Israel, the white race.  General Patton was indeed correct when he said that he was fighting on the wrong side as these patents belonged to the Tribes of Judah and not the Khazarian Edomite Jewish mafia!

Deuteronomy 32:8 clearly states that God separated the races, “When the Most High divided to the nations their inheritance, when He separated the sons of Adam, He set the bounds [borderlines] of the people according to the number of the children of Israel.” The White race at that time had their land and the other races had theirs. This verse tells us that there is a specific number of White Adamic Israelites to be born in order to fulfill the plan of God. How can any racialist complain about this kind of orderly separation?

The Khazarian Mafia (KM) is a worldwide Organized Crime Syndicate that has deeply infiltrated and hijacked the political institutions of the United States of America.

And the KM has gained control over the US Congress and the last several administrations and manipulated America into fighting Israeli wars in the Mideast, using all kinds of crafty covert operations including their nuclear attack on America on 9-11-01.

In our first article in the series on the Khazarian Mafia, we detailed its hidden history which for the most part has been wiped clean from the libraries and history books and is not taught in the collegiate history classes.

It is obvious that the Khazarian Mafia leadership is very crafty and specializes in infiltrating and using other groups for cover, especially those based on various popular religions.

The Khazarian Mafia are the world’s top experts at infiltrating and hijacking any political movement, cause or religion and they have done some of their best, most successful espionage through infiltration and perversion of religions like Judaism, Christianity and some parts of Islam. Take their massive success infiltrating Christianity in America to form Christian Zionism which is a complete abrogation of the New Testament and what Jesus taught and completely ignores Revelation 2:9 and 3:9 where fake Judaics are discussed.

The KM’s infiltration and hijacking of Judaism is legendary although their style of Judaism is actually not real Torah Judaism at all but is a clearly false form which is actually best referred to as Babylonian Talmudism, also known as Baal worship, worship of Moloch, the Owl or most accurately known as the “Synagogue of Satan.”

What is the unimaginable evil lurking behind Babylonian Talmudism?

Some call this Babylonian Talmudism secret Satanism or the Luciferianism of the super-elites or those who refer to themselves as the “Illuminati”, the “Circle of Twelve” or the “Disciples of Satan.” Like it or not it is a simple fact that at this very time the Khazarian Mafia actually runs most USG institutions including the US Congress, the Judiciary and the US Supreme Court, with five of the nine Justices known to have been bribed and owned by the Khazarian Mafia.

We now know for certain from US Intel wiretaps that these five were illegally influenced to make the Unconstitutional and criminal infamous Citizens United decision which allows foreign based KM crime Kingpins such as Sheldon Adelson to fully support the re-election efforts of numerous Republicans. We now know for certain that the US Congress is owned and operated by the Khazarian mafia through its Kingpins and Cutouts. How do we know this for certain?

The Hidden History of the Incredibly Evil Khazarian Mafia (Updated)

The infamous incredibly radical Christian Zionist pastor, the Reverend John Hagee. Why does he ignore Revelations 2:9 and 3:9? Hasn’t he ever heard about Jesus of Nazareth’s teachings about the Synagogue of Satan? Why doesn’t he know that preaching Christianity in Israel is a felony crime with a five year prison sentence? Doesn’t he know that Israel harbors the top sex traffickers and organ traffickers in history and has the highest per capital male use of captive and enslaved prostitutes, most from the Ukraine and Eat Europe? Why doesn’t he know that Israel nuked America on 9-11-01? How come he doesn’t know that recent peer-reviewed genetic research from John Hopkins shows that 97.5% of Judaic Israelis actually have NO ancient Hebrew Blood and no ancestral right to any Palestinian land and actually are NOT Semites at all!  Did he drink a full dose of Babylonian Talmudic Kool-aide during trips to Israel?

Three for the Price Of One World Leaders

The three major characters Leading us to Armageddon are Antonio Guterres, False Prophet Francis, and Killer Gates.  It is interesting to also note that Guterres is a Portugese Jew, Francis is an Argentinian Jew and Killer Gates is a Bavarian German Jew.  Most of the fallen angels and demons who are controlled by the Devil come into the Devil’s serpent seedline which are the Jews descended from Cain, Esau and the Edomites.

The so called Jews living today in Israel are not Semites.  They are Edomites according to their own Jewish Encyclopedia, 1925 Edition, Volume 5, page 41. DNA analysis has also proved that the Jews living in Israel today are Khazars, a semi nomadic Turkic people that converted to Judaism centuries ago.  The Khazars or Ashkenazi Jews are a mixed mongrel race and do not consider themselves white.

The Jesuits in their oath submit themselves to the devil and then become possessed by a demon which controls them similar to the secret societies that swear their allegiance to Lucifer.  The Jesuits began by a crypto Jew called Ignatius of Loyola and his six companions, all crypto Jews with the approval of Pope Paul III in 1540.  The Jesuits controll all the secret societies as they all report into the Jesuit Black Pope and Jews control the Black Pope.  The Jew are the head of the snake.

The antiChrist Has Arrived! Great Video and the Calculation of the Number of the Beast Six Hundred Three Score and Six As Per Revelation 13:18. 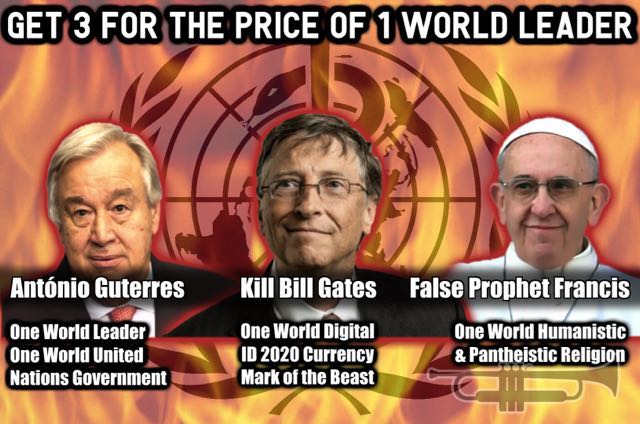 Messiah Jesus identified it our enemy and the bible predicted the same enemy will try to overtake the world and create their own kingdom in opposition to God’s Kingdom.  Jesus Our Messiah referred to them as a Generation of Vipers (Matt. 12:34)

Ye serpents, ye generation of vipers, how can ye escape the damnation of hell?  (Matthew 23:33 KJV)

The Jews are not only the head of the snake, they are the ass end as well and full of shit!

The Jews control all secret societies, the Jesuits, the government and have taken over the Catholic church and infiltrated most churches.