Posted on September 3, 2020 by State of the Nation

Gov. Cuomo: Trump had ‘better have an army’ to protect him if he comes to NYC 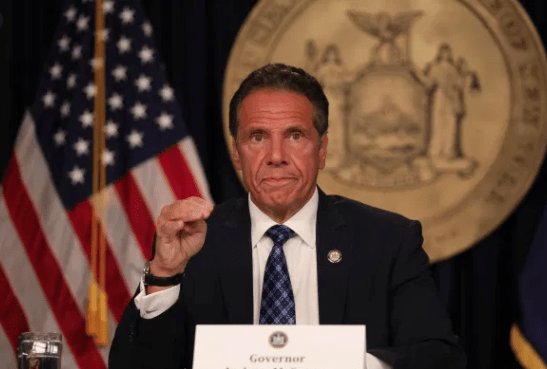 New York Gov. Andrew Cuomo on Wednesday all but threatened President Trump’s safety if he returns to New York City in a rant responding to an exclusive story by The Post that Trump is looking to pull federal funds from “lawless” cities including New York.

Cuomo called an emergency press briefing within a half-hour on Wednesday night to tear into Trump for the order, which cites New York’s rising murder rate and defunding of the NYPD.

“He better have an army if he thinks he’s gonna walk down the street in New York. New Yorkers don’t want to have anything to do with him,” the Democrat said, all but threatening the commander-in-chief.

But Cuomo — who, like Trump, hails from Queens — wasn’t done. “He can’t have enough bodyguards to walk through New York City, people don’t want to have anything to do with him.”

On substance, Cuomo said he doubted the legality of Trump’s five-page memo ordering a review of federal funds that can be redirected from New York City, Portland, Seattle and Washington, DC.

“It is more of the same from him. It’s political, it is gratuitous. And it’s illegal. But it is another attempt to kill New York City,” Cuomo said.

“I think it’s because he is from New York City and New York City rejected him, always,” Cuomo said. “He was dismissed as a clown in New York City, those who know him best, like him least.”

Cuomo jeered: “He was disrespected in New York City. Nobody took him seriously and he was just a tabloid cartoon.”

Referring to a claim in a recent book by Trump’s niece, Mary Trump, Cuomo said, “his sister, a former federal judge, is disgraced by him.”

At the end of his call, Cuomo, apparently sensing how his remarks about Trump could be seen as threatening, attempted to walk them back.

“My comment about the president and bodyguards in New York City, all I’m saying is that he is persona non grata in New York City. And I think he knows that. And he’ll never come back to New York, because New Yorkers will never forget how gratuitously mean he has been to New Yorkers and how many times he’s tried to kill the city that gave him his start and birthed him. That’s what I meant about the bodyguards.”

Earlier Wednesday, Trump called on CNN to fire Cuomo’s younger brother, Chris Cuomo, over a leaked tape in which he says he was questioned about sexual misconduct. “Fredo must go!” Trump wrote, using an insulting reference from “The Godfather.”

“As much as Donald Trump wants New York City to drop dead, we will never let this stand,” Neidhardt tweeted. “This has nothing to do with ‘law and order.’ This is a racist campaign stunt out of the Oval Office to attack millions of people of color.”

De Blasio himself made no statement.

“I guess we know now which candidate for president supports defunding the police,” he quipped.

Rep. Max Rose, a Trump-targeted Democrat who represents Staten Island and southern Brooklyn, said, “With this order, President Trump is joining Mayor de Blasio in defunding the police. It was wrong then and it’s wrong now.”