Patriots Need to Strictly Avoid BLM and AntiFa Events—Here’s why!

“Leave it to law enforcement:” Trump tells supporters to not engage Antifa and BLM rioters 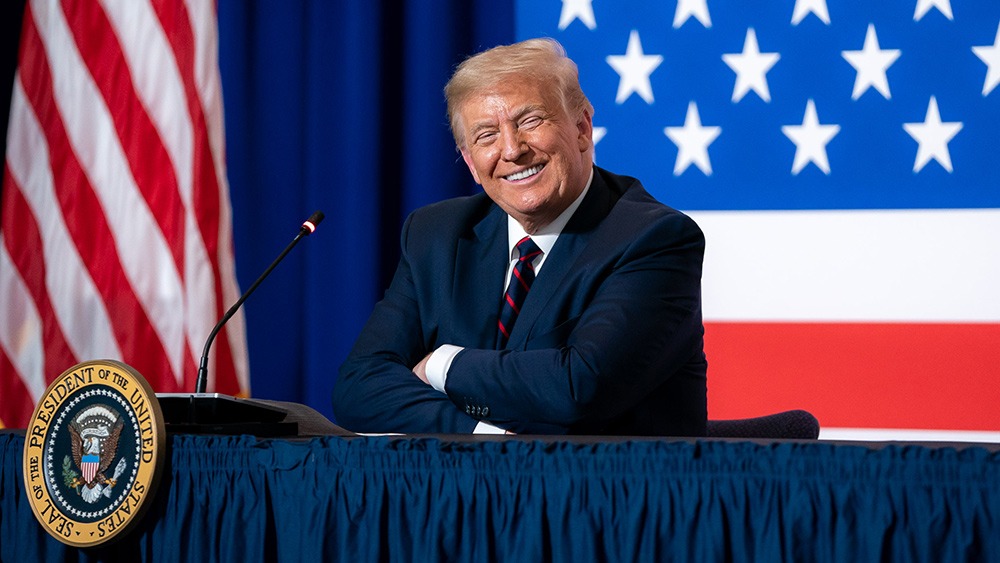 (Natural News) In an interview with Fox News, President Donald Trump said that he does not want his supporters to confront leftist Black Lives Matter rioters and agitators during demonstrations. Instead, Trump says that the matter should be left to law enforcement officials.

During the interview, Fox’s Laura Ingraham asked the president if he wanted his supporters to confront the demonstrators, to which Trump responded negatively.

“No. No, I don’t want them [to confront protesters],” he said. “I want to leave it to law enforcement.”

“But my supporters are wonderful, hard-working, tremendous people,” he continued. “And they turn on their television set, and they look at a Portland, or they look at a Kenosha, before I got involved and stopped it, or they look at Chicago, where 78 people were shot last weekend and numerous people died, or they look at New York where violence is up by like, what? One hundred and fifty percent? … They’re looking at all of this, and they can’t believe it.”

Trump was referencing the violence currently going on in cities like Portland, Chicago and Kenosha, Wisconsin, where several people have already been killed during the rioting, including two Antifa and Black Lives Matter supporters who were shot in an act of self-defense by 17-year-old Kyle Rittenhouse.

Earlier that day, the president commented that Rittenhouse would probably have been killed by the violent mob if he had not been armed and fired back.

“This was an interesting situation,” Trump said at a White House press conference. “He was trying to get away from them … He was in very big trouble. He probably would have been killed.”

Trump has repeatedly criticized Democrats, such as the mayors of Kenosha and Portland, for their poor handling of the engineered rioting. He has urged both of these cities, which continue to remain hot spots for Antifa- and Black Lives Matter-instigated violence, to ask the federal government to intervene so that he can send in the National Guard and other federal law enforcement troops.

In addition, Trump also slammed Portland Mayor Ted Wheeler for being “incompetent,” after the mayor blamed Trump for fanning the flames and leading to the killing of a Patriot Prayer member by a man who openly identified as being a member of Antifa. (Related: Portland police begin investigation on Michael Reinoehl, main suspect in shooting of Patriot Prayer member.)

In response to the violence in Kenosha, Trump has planned to visit the restless city. The Democrats have criticized this move by saying that the visit is nothing more than an election stunt and that it will do nothing to help fix the racially-motivated unrest that is plaguing the city.

Despite this criticism, Trump still plans to head to Kenosha to figure out what can be done to end the rioting. He has also pushed back against the claims that his visit would only make the tension in the city worse. He told reporters that his visit “could increase enthusiasm and it could increase love and respect for our country.”

Trump said that, during his visit, he will survey the parts of the city that have been heavily affected by the riots and that he plans to hold a “roundtable on Wisconsin Community Safety” with community leaders and first responders.

Prominent Democrats have weighed in on Trump’s visit to Kenosha. His rival for the upcoming presidential election, former vice president Joe Biden, said that Trump is attempting to root for “chaos and violence” with these visits.

“Fires are burning, and we have a president who fans the flames rather than fighting the flames,” said Biden on Monday in Pittsburgh. “Donald Trump looks at this violence and he sees a political lifeline.”

Local Democrats have expressed similar views. The mayor of Kenosha, John Antaramian, said that “the timing is wrong” for Trump to visit. Antaramian argued that Kenosha needs peace and some space in order to heal from the wounds caused in recent days and that Trump’s visit might not be helpful for the community.

Democratic Wisconsin Gov. Tony Evers asked the president to reconsider his decision to visit Kenosha, stating that Trump’s presence might only “hinder our healing” and that it might require “a massive redirection” of resources, especially at a time when it is critical that all of the city and state’s focus is kept on maintaining law and order.

In response to Evers’ criticism, Trump said that he was going to Kenosha to show his support for local law enforcement, who he said has done “a good job.”

“When the governor says that I shouldn’t come or he’d prefer that I not come, I’m the one that called him and said ‘Tony, you got to bring out the National Guard.’ [And then he said] ‘Well I don’t really want to do it.’”