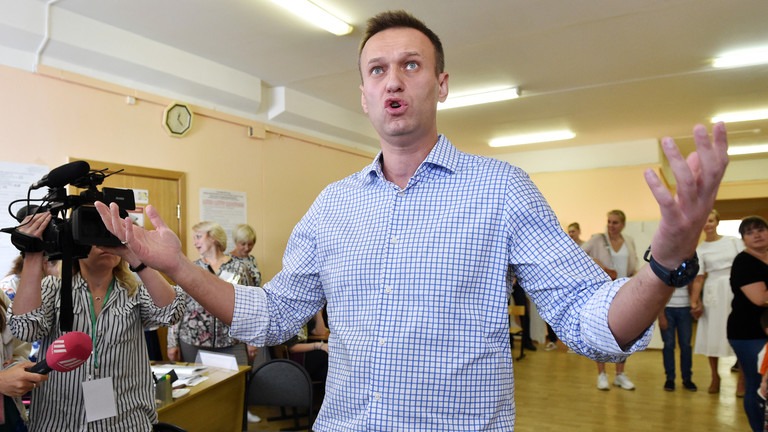 Berlin has denied the claims. “Mr. Lukashenko’s statement is untrue, naturally,” a representative of the German goverment insisted to news agency TASS, noting that “there is nothing to add” to the statements made by German Chancellor Angela Merkel, Foreign Minister Heiko Maas and Defense Minister Annegret Kramp-Karrenbauer regarding Navalny’s alleged poisoning.

“We have intercepted an interesting conversation, which… clearly indicates that this is falsification. There was no poisoning of Navalny,” the president of Belarus told Russian Prime Minister Mikhail Mishustin, during his visit to Minsk.

Lukashenko claimed the motivation was to prevent Moscow from interfering in his country. “They did it to discourage [Vladimir] Putin from sticking his nose into the affairs of Belarus,” he alleged. “You understand how these people act.” The Belarusian President also felt it may have been some sort of “dirty trick” to influence regional elections set to be held in Russia, this month.

He didn’t cite any immediate evidence to back up his audacious claim, but said, “I’ll let you read it, we will prepare and send it to the FSB [Russia’s federal security service].”

The unspecified “conversation” – in Lukashenko’s words – occurred before Merkel made the headline-grabbing statement, suggesting the Russian opposition figure was poisoned by a “Novichok-class” nerve agent. The Chancellor based her comments on the findings of a German military laboratory.

“As I understand it, a group of specialists prepared for Merkel, for her administration, the facts – and maybe the statement that she made,” Lukashenko continued. The reason for the alleged set-up was to “discourage Putin from poking his head into the affairs of Belarus,” Lukashenko told Mishustin.

“We understand that it was Warsaw talking to Berlin. Two callers were on the line,” the Belarusian president said. The apparent bombshell intercept was allegedly provided by Belarus’ signals intelligence.