Soros Planning Maximum Disruption to Topple Trump Even If He Wins

The fix is in. 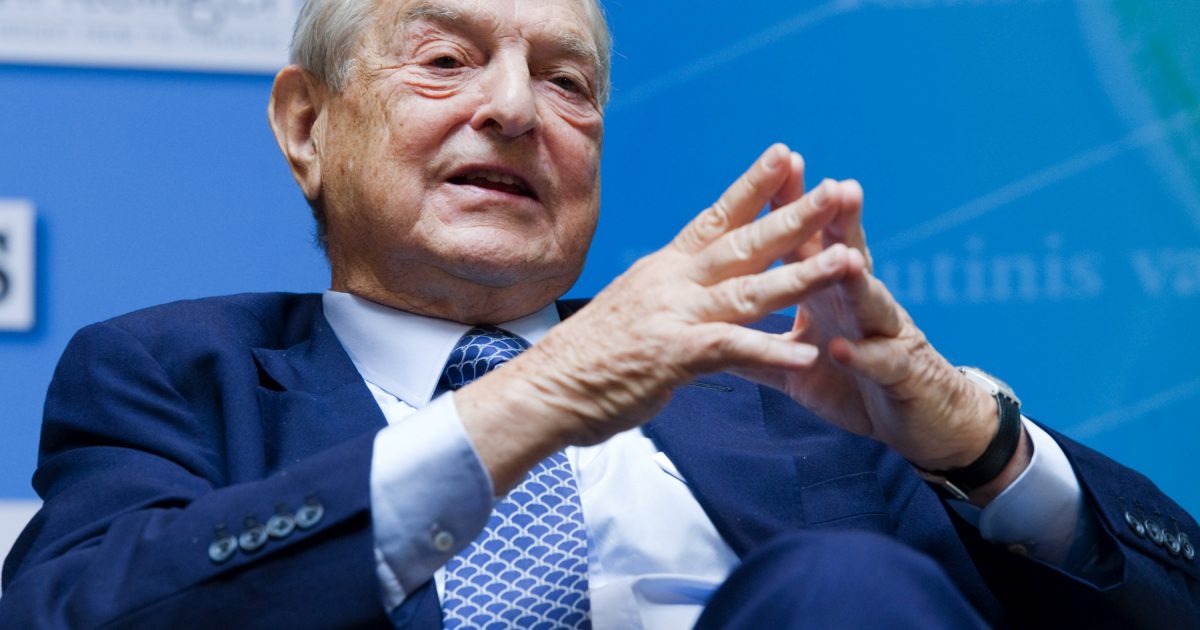 A Soros-backed “election integrity” group is setting the stage for a revolution against President Donald Trump after November’s election.

The Transition Integrity Project, an organization featuring a bipartisan group of Trump haters, is claiming that President Donald Trump will cause violence if he disputes the upcoming election results. They are running simulations that they claim indicate that Trump and his supporters will create mayhem.

“All of our scenarios ended in both street-level violence and political impasse,” said Rosa Brooks, a professor of law and policy at Georgetown University, who set up the TIP. “The law is essentially … it’s almost helpless against a president who’s willing to ignore it,” she added.

Brooks’ deep connections to Soros have helped her successfully navigate the ranks of the Washington D.C. elite. She was senior adviser to Assistant Secretary Harold Hongju Koh at the U.S. State Department. She taught at the University of Virginia School of Law before moving over to Georgetown. She is also on the Advisory Committee of National Security Action and the Steering Committee of the Leadership Council for Women in National Security. Her deep state bona fides are second to none.

Two of the Republicans who participated in Brooks’ study are neocons Bill Kristol and David Frum. They were the type of individuals tasked with war gaming as President Trump, the man who they have devoted their careers to opposing. Kristol is now funded by a Democrat oligarch and Frum continues to parrot Russian collusion lies to this very day.

“Our scenario exercises did not end in good places, but important to note that this does not mean that there is something inevitable about chaos and constitutional crisis in the coming months – just that these particular exercises suggest that these are real possibilities,” Brooks said about her study’s findings.

“The goal of the exercises was not to give people nightmares, but rather to identify possible inflection points to prevent or mitigate catastrophic outcomes to the 2020 presidential election,” she added.

Brooks hopes that policymakers act on the findings of her study, adding that “state governors, attorneys general, legislative leaders and secretaries of state need to think through these issues now, and understand the electoral system and relevant laws now, and not wait until Election Day to think about everything that could go wrong.”

Revolver believes that this TIP group may be the organization tasked with fomenting a color revolution to get President Trump out of office regardless of the results of November’s election. They compared Brooks’ recent Washington Post op/ed with The Democracy Playbook, a guide to color revolutions published by the globalist Brookings Institution. They concluded that TIP is about creating a self-fulfilling prophecy that keeps Trump from a second presidential term regardless of what the American people decide.

Big League Politics has reported about how Biden is being encouraged not to concede to Trump under any circumstances by Hillary Clinton, as Democrats once again engage in the behavior they are accusing Trump of committing:

Failed presidential candidate Hillary Clinton is urging Joe Biden to be a sore loser and make the election in November as grueling and agonizing as it can be.

Clinton does not believe that Biden should do what’s best for the country. If he is losing on election night, she implores him to keep the fight going even if it means tearing the nation apart at its seams.

“Joe Biden should not concede under any circumstances because I think this is going to drag out, and eventually, I do believe he will win if we don’t give an inch and if we are as focused and relentless as the other side is,” Clinton said during an appearance on Showtime’s The Circus.

She is floating conspiracy theories about Republicans potentially stealing the vote as the pretext to delegitimize the election results in case Trump defeats Biden.

“I think that [Republicans] have a couple of scenarios that they are looking toward. One is messing up absentee balloting. They believe that helps them so that they then get maybe a narrow advantage in the Electoral College on Election Day. … So we’ve got to have a massive legal operation, and I know the Biden campaign is working on that,” Clinton said.

“We have to have poll workers, and I urge people who are able to be a poll worker. We have to have our own teams of people to counter the force of intimidation that the Republicans and Trump are going to put outside polling places. This is a big organizational challenge, but at least we know more about what they are going to do,” she added.

The deck is stacked against President Trump in November, but the conspiracy may not be enough to stop him. His odds to beat Biden are improving by the day.