ATLANTICgate: The Highly Coordinated and Malicious Attack on President Trump by Deep State and MSM

Posted on September 9, 2020 by State of the Nation

The Stunning Synergy of The Atlantic’s Anonymous Attack on Trump 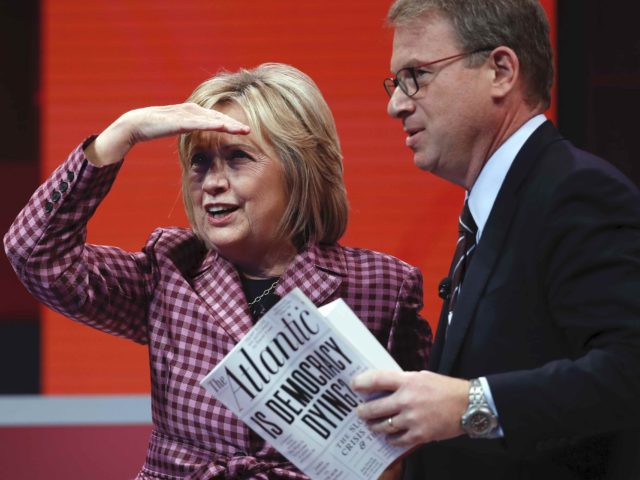 by JOEL B. POLLAK

Nearly a dozen current and former Trump administration officials disputed the story. One, notably, was John Bolton, the former national security adviser who says he will not vote for Trump. “I was there,” he said, and “I didn’t hear that.”

Other claims in The Atlantic story are refuted by documentary evidence. The article claims, for instance, that Trump refused to visit the cemetery because the rain would ruin his hair. Bolton’s tell-all book said otherwise; so do official documents.

What is more interesting than the details of the story is how it was produced, and how it was rolled out. It has the appearance of a well-coordinated, well-executed campaign of disinformation, utilizing the full toolbox available to the Democratic Party.

The article was published Thursday evening. By Friday morning, a left-wing group called Vote Vets had not only produced an ad based on the article, but had aired it on Morning Joe — MSNBC’s early-morning flagship news and opinion show.

Meanwhile, the article spread across social media like a brush fire in a derecho. It trended at the top of Twitter; it was shared widely on Facebook, all without any of the “fact checks” that typically accompany disputed news reports on such platforms.

The Biden campaign issued a statement Thursday night — “If the revelations in today’s Atlantic article are true” — and held a press call Friday morning. The call featured, among others, Khizr Khan — the Gold Star father who attacked Trump in 2016.

A short time later, Biden himself held a press briefing on the U.S. economy. Though he was expected to discuss the August jobs report — which came in better than expected, at 1.4 million jobs added — he led with an angry tirade about the article.

At the end of his presentation, Biden turned to his campaign staff, who chose which reporters would be allowed to ask questions, and in what order. The first question went to Edward-Isaac Dovere, who writes for — surprise! — The Atlantic.

Dovere asked, “When you hear these remarks — ‘suckers,’ ‘losers,’ recoiling from amputees — what does it tell you about President Trump’s soul, and the life he leads?” It was a setup for Biden to attack Trump over The Atlantic allegations again.

None of the other questions asked were challenging in any way; all appeared to be setup questions for Biden to attack Trump or to clarify some lingering problem — whether he had been tested for coronavirus (yes), where his running mate was (busy).

No one asked Biden whether it was appropriate to attack Trump based on an unconfirmed report. No one even asked Biden about his economic policies.

What we witnessed Thursday night into Friday morning was the deployment of the Death Star — the full Democrat-media complex on display, coordinating journalists, outside political organizations, tech platforms, and unnamed military sources.

It may be no coincidence that retired Gen. Stanley McChrystal — who was fired, ironically, because he had disparaged President Barack Obama and Biden — now advises a firm using military technology to help Democrats produce propaganda.

It took weapons-grade skill to produce a story that, while unprovable, had the ring of truth to those eager to believe it (it “resonates,” said NBC’s Peter Alexander, whether it was true or not) and to make it the dominant story of the news cycle — on a day when the jobs market rebounded and Trump brokered a historic deal between Israel and Muslim-majority Kosovo.

Goldberg — the unofficial stenographer of the Obama White House — was just a vehicle. The real story is much bigger.

The same machine that created and promoted The Atlantic piece will be sure to produce others.