Explained: The law that Trump supporters want him to use if he loses Nov 3 elections

Donald Trump, who is trailing Democratic presidential candidate Joe Biden in the presidential polls, has repeatedly cast uncertainty on whether he would accept the election ressults. “The only way we’re going to lose this election is if the election is rigged,” he said last month. 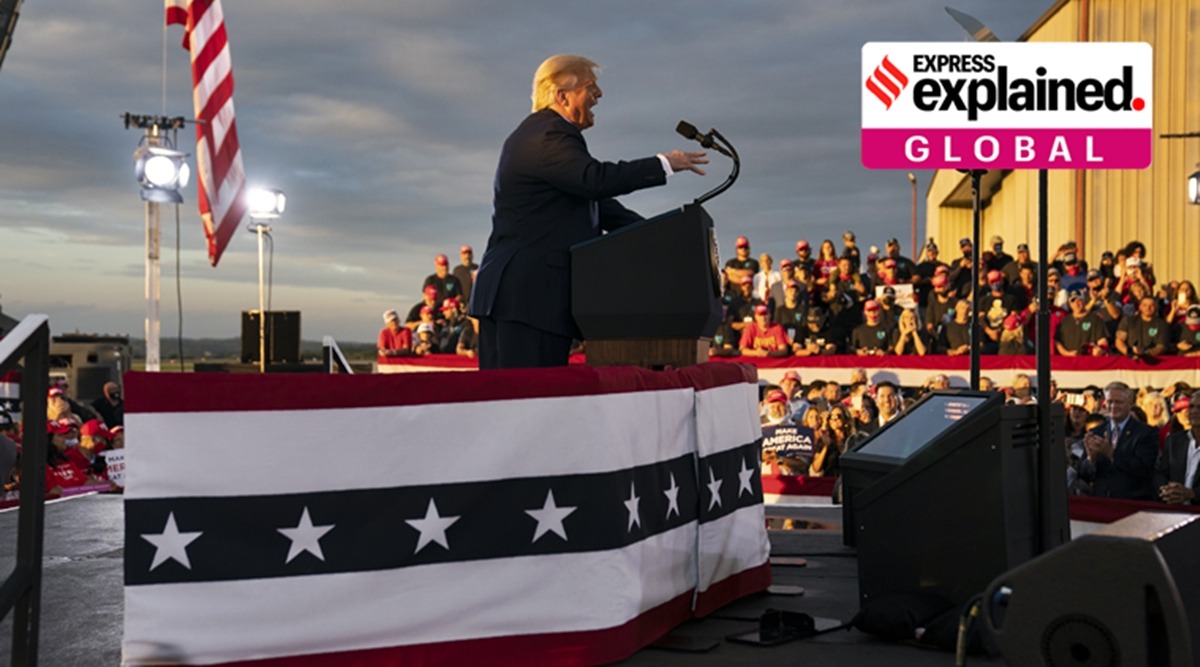 Republican strategist and convicted felon Roger Stone, whose 40-month prison sentence was commuted by President Donald Trump in July, suggested last week that Trump should enforce martial law in the US and seize power if he loses the November-3 election.

Stone, who calls himself a “dirty trickster” and an “agent provocateur”, is a longtime ally of Trump, and was sentenced in November 2019 for trying to help Trump evade taking responsibility in allegations that his 2016 presidential campaign conspired with Russia.

Speaking to the conspiracy theory website InfoWars last week, Stone said that Trump should invoke the Insurrection Act of 1807 and arrest Hillary and Bill Clinton, Democratic party heavyweight Harry Reid, Mark Zuckerberg of Facebook, Tim Cook of Apple and “anybody else who can be proven to be involved in illegal activity”.

On Saturday, Trump echoed the sentiment during a Fox News interview, saying that if leftwing protests sweep the US in the event of his winning reelection, he would use the Act to “put down” the demonstrations and unrest “within minutes”.

Also Explained | ‘The 1619 Project’ in school syllabi that has riled Trump, US right wing

What is the Insurrection Act of 1807?

Under the US Constitution, the governors of states are responsible for maintaining law and order within state boundaries. A law called the Posse Comitatus Act, which reflects this principle, restricts the federal military’s participation in domestic law enforcement. The Insurrection Act creates an exception to the Posse Comitatus Act, according to Reuters.

The Insurrection Act was framed during the era of Thomas Jefferson, the third US President, to prevent a suspected rebellion by Aaron Burr, his former vice-president, according to The Washington Post.

The law has since been amended several times, and now consists of a group of statutes that empower the US President to use the National Guard or the military to deal with domestic crises, in certain circumstances.

The President does not require the state governor’s approval to send troops under some scenarios laid down by the law, as per an expert who spoke to Reuters. A successful legal challenge to such use of the law is also “very unlikely”, the expert said.

Although the Act has been enforced on numerous occasions in US history, its use in recent decades has been widely seen as unpopular. It has been used sparingly since the 1960s, and was last invoked during the Rodney King unrest of 1992.

Has Trump ever tried to use the Act?

The Trump administration did contemplate using it for dealing with nationwide protests following the death of George Floyd this year. Early in June, Trump said, “If a city or state refuses to take the actions that are necessary to defend the life and property of their residents, then I will deploy the United States military and quickly solve the problem for them.”

The plan received pushback from several quarters, including the military establishment, and was eventually dropped.

In July, however, Trump did send federal agents to deal with protests in Portland, Oregon, against the wishes of state and local officials, and did not rely on the Insurrection Act to do so. Some analysts see the controversial decision as a trial run by Trump, who they say would act similarly on a much larger scale should things not turn out in his favour after November 3.