The other short story is that the U.S. conspired with Israel to fabricate a pretext that would justify an American attack on Iran.  First, however, these co-conspirators were determined to remove all Iranian personnel and Hezbollah fighters from both Iraq and Syria.  The closer they get to the Israeli border the easier it will be to launch missiles into Tel Aviv and Haifa.

What has transpired over the past few days in the Shia Crescent is the outworking of that conspiracy to blame Iran for an Israeli attack which then precipitated a storming of the U.S. embassy in Baghdad.  Then the Trump administration Neocon warmongers blamed that mostly loud protest on Iran saying they instigated it and were hidden among the protestors.

That the U.S. Military attacked various sites in Iraq in reaction to a false flag killing of an American mercenary gets passed over by Zio-Anglo-American officialdom.  Why are U.S. contractor soldiers of fortune even in Iraq?  Why are the American taxpayers supporting what are essentially terrorists and murderers in the employ of Israel?

Israel has no reason to consider their repugnant actions during the holidays.  They would like nothing more than to remind the Christian world that they can start regional wars, carry out devastating terrorist attacks or commit any other atrocity during the special holiday week between Christmas and New Year’s Day.

As for this latest U.S. Military aggression in the Middle East conducted on behalf of Israel, the following comment screenshots tell the whole story in bits and pieces, each piece representing an important piece of the Greater Israel project puzzle.  These perceptive comments were posted under a ZeroHedge article titled: Trump Blames Iran After Protesters Storm US Embassy In Baghdad.

Here are the best comments that flesh out the skeleton of the fastidiously planned and highly organized conspiracy hatched in Tel Aviv designed to use the U.S. Armed Forces to unlawfully attack Iran. 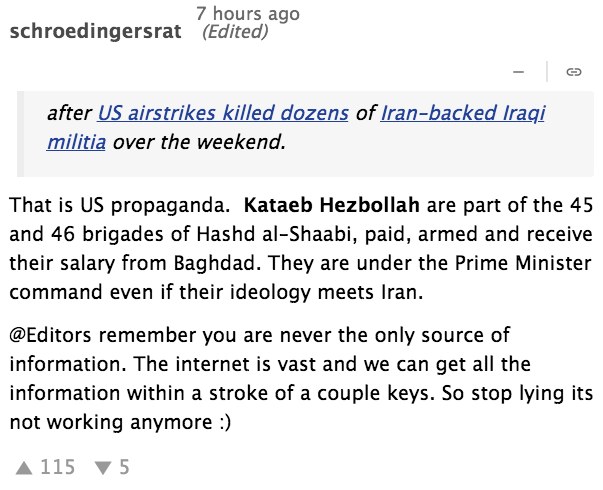 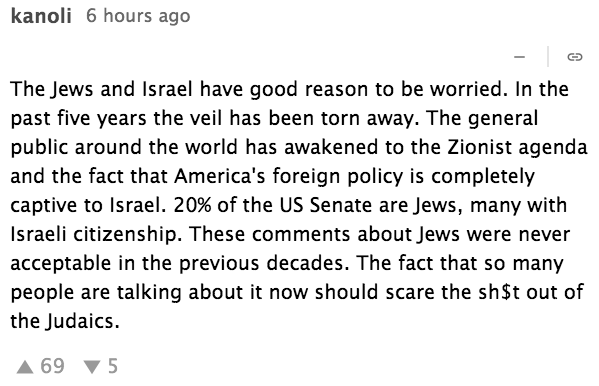 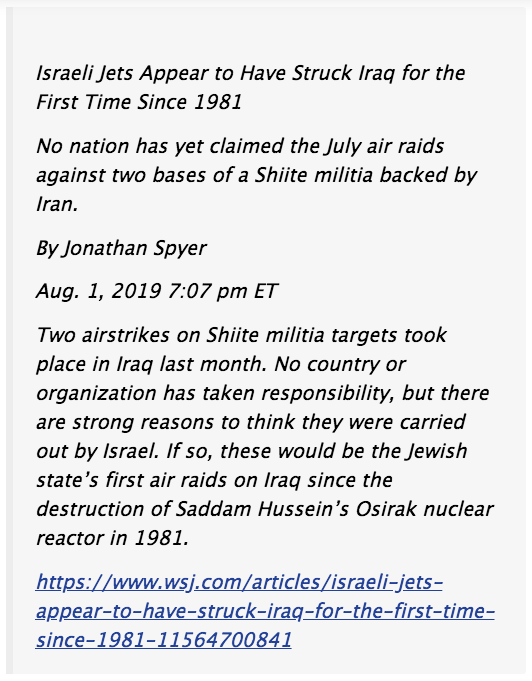 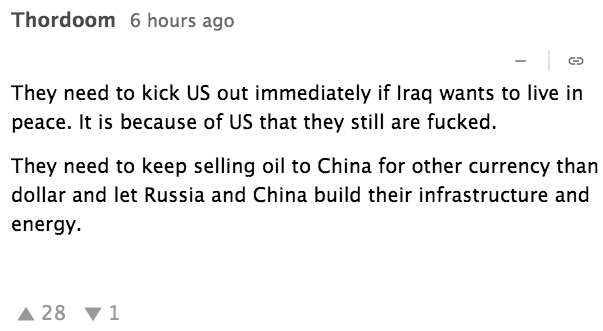 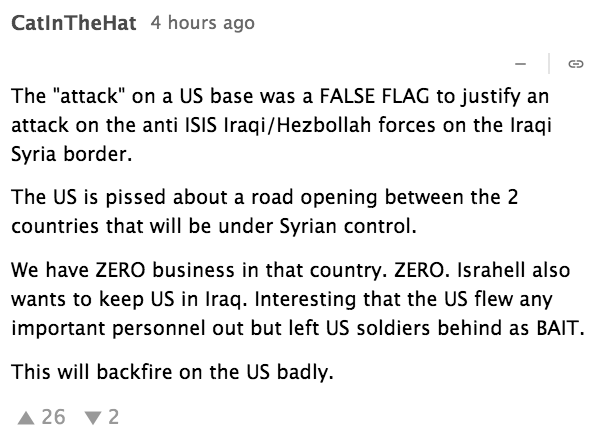 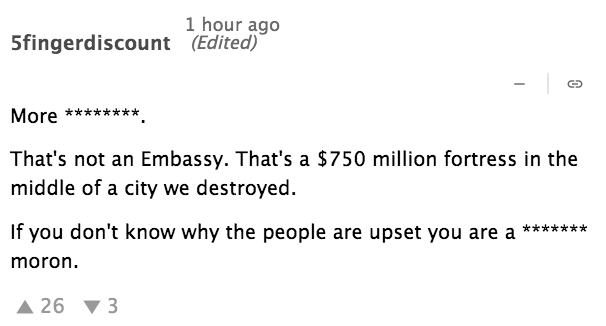 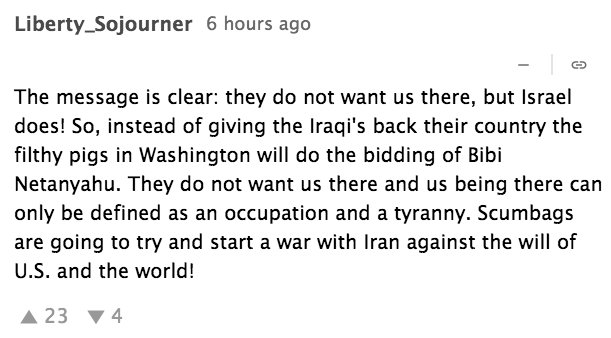 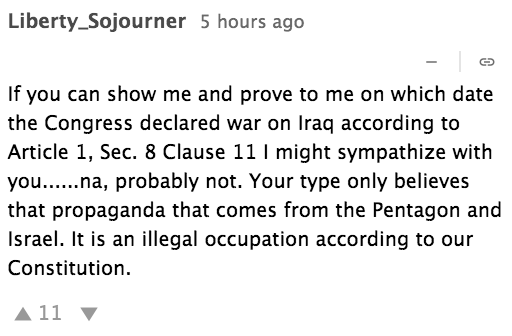 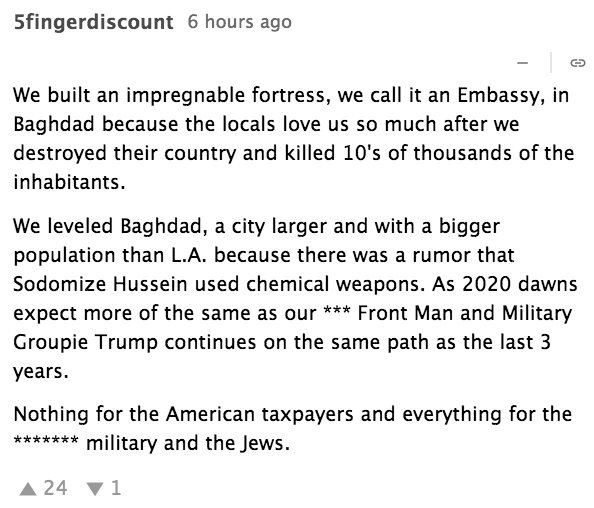 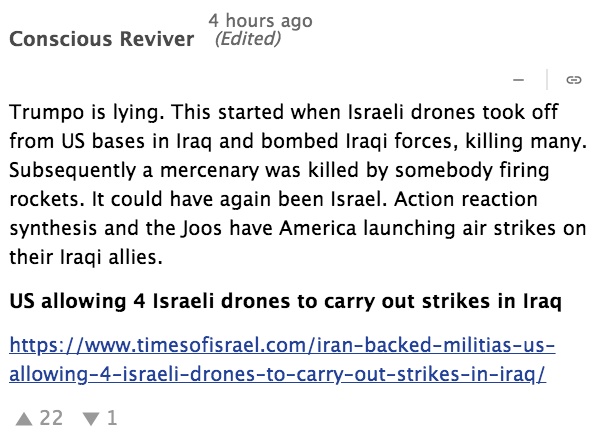 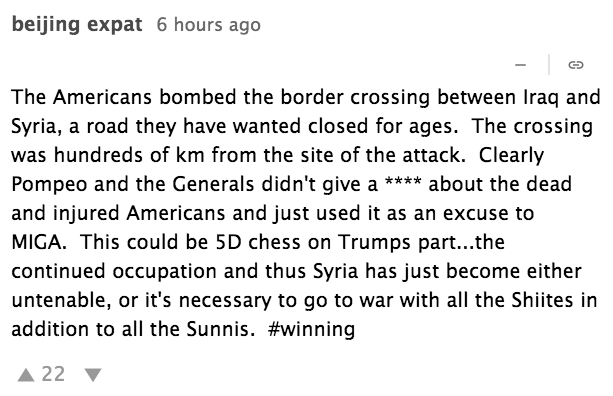 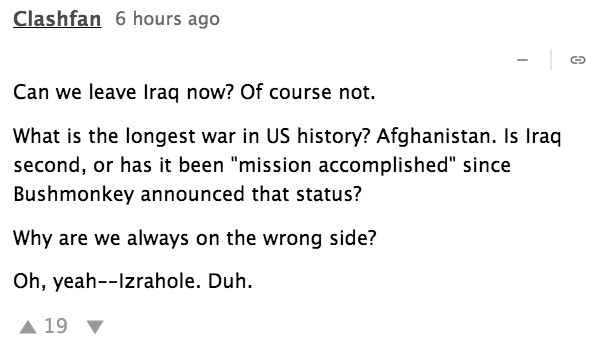 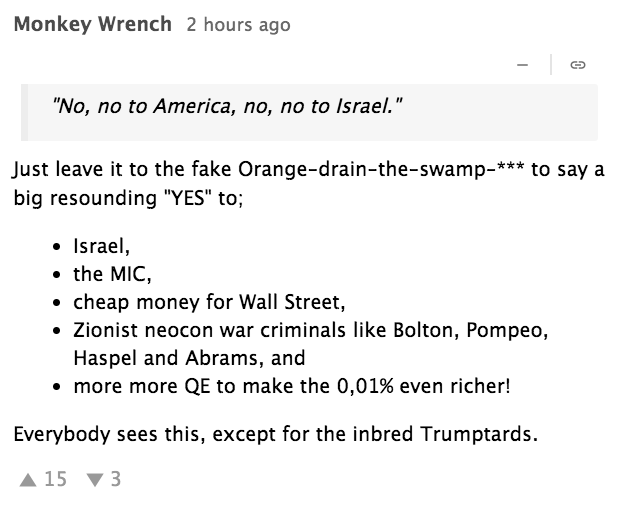 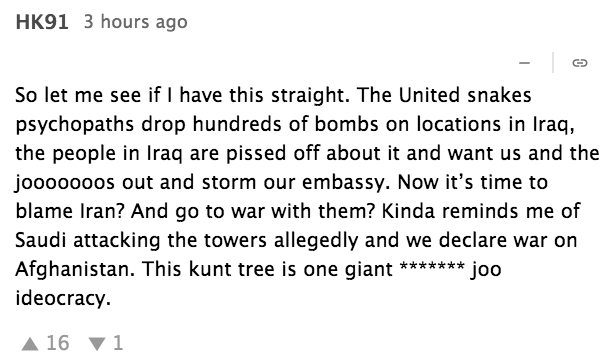 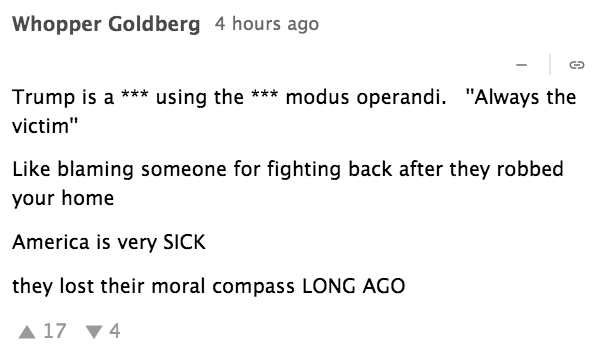 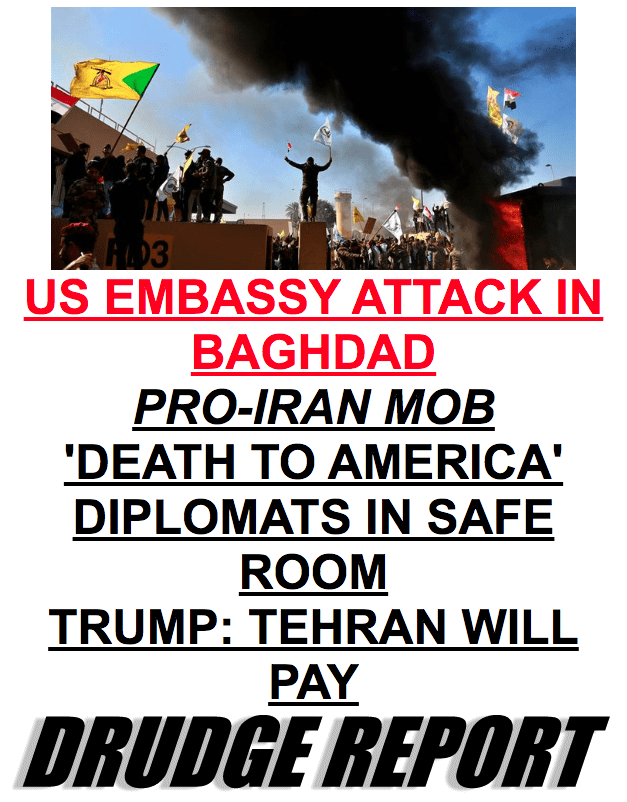 The United States has no business in Iraq or Syria or any other country that does not want us there.  So, why are they there?

The U.S. Military is used by Israel to fight its wars especially in the Middle East but also in other locations around the world.  The USA certainly has no reason to waste blood and treasure in the defense of Israel.

This nation is now hated by many because Washington, D.C. is basically a ZOG.  Any Zionist Occupied Government is surely to be detested the way that the apartheid state of Israel is reviled by almost the entire world community of nations.

The comments posted above reflect the sentiments of a vast number of Americans.  Hence, the time will soon come when the Neocon Zionists pay for their crime wave against We the People.  That tsunami of criminality and corruption includes the false flag terrorist attacks of 9/11 and ongoing War on Terror.

Therefore, the warmongering perps had better leave this country before they are dispatched to netherworld by the U.S. citizenry.

KEY POINT: It should be noted that these Neocon Zionist warmongers quite deliberately chose the Christmas–New Year week to inaugurate a regional war by setting up Iran and Iraq as the Mideast battlefield.  This highly cynical scheme was hatched as a means of purposefully beginning a whole new decade with an egregious act of war.  In this way, the perpetrators are conditioning all of humanity to expect, and accept, yet another year and decade of war and conflict, chaos and hostility.  This is also why so much energy has been harnessed for the support of the fabricated Climate Change hoax.  The youth ought to be protesting the forever wars waged against defenseless nations and powerless states that possess what the Western powers covet.  One can easily imagine if all that time and energy and resources were instead directed at terminating the perpetual war economy, and especially the shutting down the Military-Industrial-Security Complex.