Polls: Support For BLM Falls Further; Americans See ‘Protests’ As Riots, Believe There Is A War On Police

Support for BLM tanks by more than 10% 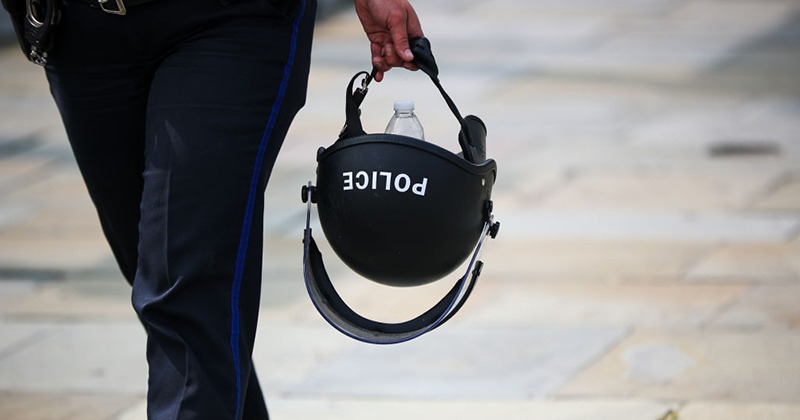 A series of new polls reveals that the majority of Americans believe there is a war being waged against police officers, and that support for the ‘black lives matter’ movement has dropped even further, with many more now seeing little distinction between the movement’s ‘protests’ and violent riots.

Polls from Pew Research and Fox News reveal that support for BLM has dropped more than ten percentage points in just a few months.

“A majority of U.S. adults (55%) now express at least some support for the movement, down from 67% in June amid nationwide demonstrations sparked by the death of George Floyd. The share who say they strongly support the movement stands at 29%, down from 38% three months ago.”

The findings also show that “The recent decline in support for the Black Lives Matter movement is particularly notable among White and Hispanic adults.”

“In June, a majority of White adults (60%) said they supported the movement at least somewhat; now, fewer than half (45%) express at least some support,” Pew notes, adding that “The share of Hispanic adults who support the movement has decreased 11 percentage points, from 77% in June to 66% today.”

A corresponding Fox News poll shows that “More voters consider the unrest in three US cities stemming from Black Lives Matter demonstrations to be riots rather than protests.”

“The poll, published Sunday, found that 48 percent of likely voters surveyed described violence in New York, Portland, and Kenosha, Wisconsin to be riots, compared to 40 percent who saw them as protests,” The new York Post noted.

Meanwhile, a third poll, from Rasmussen, reveals that 59% of voters believe there is a war being waged on police officers.

A whopping 80% of Republicans said it is obvious to them that there is a war on police, compared to 39% of Democrats.

In addition, a majority of independents (60%) agreed with the statement.

Previously, in 2018, 43% of respondents believed there is an ongoing war against police, with another previous high of 58% in 2015 also now being eclipsed.

The new poll found that 59% of respondents say they support the institution of ‘Blue Lives Matter’ laws in their state to classify attacks on police and first respondents as hate crimes with harsher punishments. Several states have already implemented such laws since 2016.

The Rasmussen poll reveals that while white voters are most likely to support ‘Blue Lives Matter’ laws (63%), a majority of 52% of black voters also support the idea, in addition to 49% of other minority voters also expressing support.

The poll also found that a huge majority of 84% of black voters expressed concern that attacks on police would lead to a shortage of police officers and a decline in public safety.