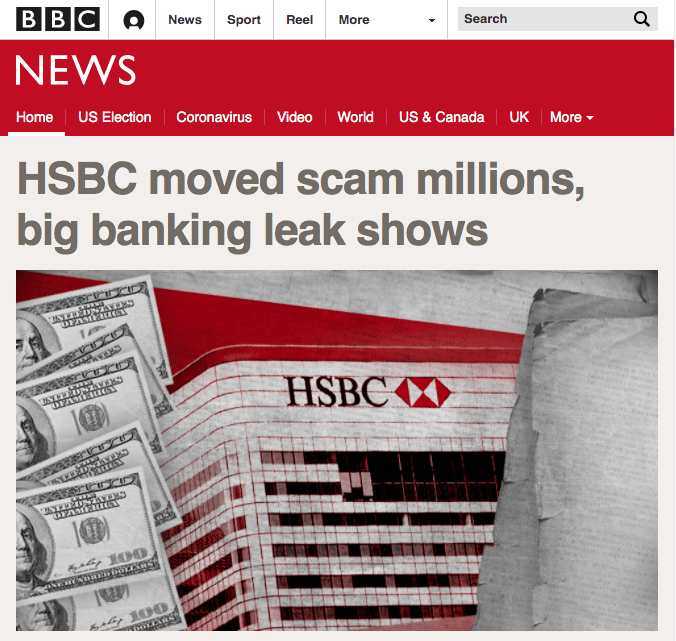 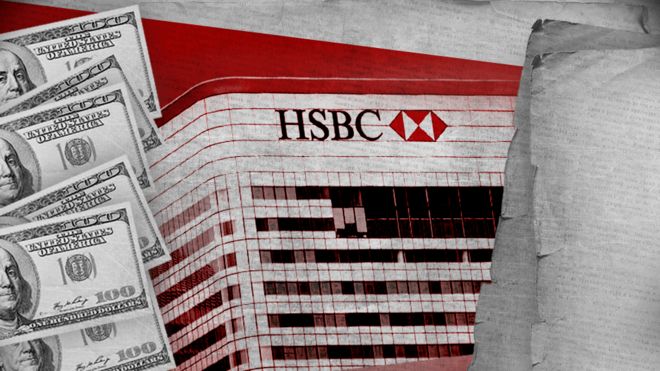 HSBC allowed fraudsters to transfer millions of dollars around the world even after it had learned of their scam, leaked secret files show.

Britain’s biggest bank moved the money through its US business to HSBC accounts in Hong Kong in 2013 and 2014.

Its role in the $80m (£62m) fraud is detailed in a leak of documents – banks’ “suspicious activity reports” – that have been called the FinCEN Files.

HSBC says it has always met its legal duties on reporting such activity.

The files show the investment scam, known as a Ponzi scheme, started soon after the bank was fined $1.9bn (£1.4bn) in the US over money laundering. It had promised to clamp down on these sorts of practices.

Lawyers for duped investors say the bank should have acted sooner to close the fraudsters’ accounts.

The documents leak includes a series of other revelations – such as the suggestion one of the biggest banks in the US may have helped a notorious mobster to move more than $1bn.

What are the FinCEN Files?

The FinCEN Files are a leak of 2,657 documents, at the heart of which are 2,100 suspicious activity reports, or SARs.

SARs are not evidence of wrongdoing – banks send them to the authorities if they suspect customers could be up to no good.

By law, they have to know who their clients are – it’s not enough to file SARs and keep taking dirty money from clients while expecting enforcers to deal with the problem. If they have evidence of criminal activity, they should stop moving the cash.

The leak shows how money was laundered through some of the world’s biggest banks and how criminals used anonymous British companies to hide their money.

The SARs were leaked to the Buzzfeed website and shared with the International Consortium of Investigative Journalists (ICIJ). Panorama led the research for the BBC as part of a global probe. The ICIJ led the reporting of the Panama Papers and Paradise Papers leaks – secret files detailing the offshore activities of the wealthy and the famous.

Fergus Shiel, from the consortium, said the FinCEN Files are an “insight into what banks know about the vast flows of dirty money across the globe… [The] system that is meant to regulate the flows of tainted money is broken”.

The leaked SARs had been submitted to the US Financial Crimes Investigation Network, or FinCEN between 2000 and 2017 and cover transactions worth about $2 trillion.

FinCEN said the leak could impact US national security, risk investigations, and threaten the safety of those who file the reports.

But last week it announced proposals to overhaul its anti-money laundering programmes.

The UK also unveiled plans to reform its register of company information to clamp down on fraud and money laundering.

The investment scam that HSBC was warned about was called WCM777. It led to the death of investor Reynaldo Pacheco, who was found under water on a wine estate in Napa, California, in April 2014.

Police say he had been bludgeoned with rocks.

He signed up to the scheme and was expected to recruit other investors. The promise was everyone would get rich.

A woman Mr Pacheco, 44, introduced lost about $3,000. That led to the killing by men hired to kidnap him.

“He literally was trying to… make people’s lives better, and he himself was scammed, and conned, and he unfortunately paid for it with his life,” said Sgt Chris Pacheco (no relation), one of the officers who investigated the killing.

Reynaldo, he said, “was murdered for being a victim in a Ponzi scheme”.