By Marisa Herman | AM
NEWSMAX 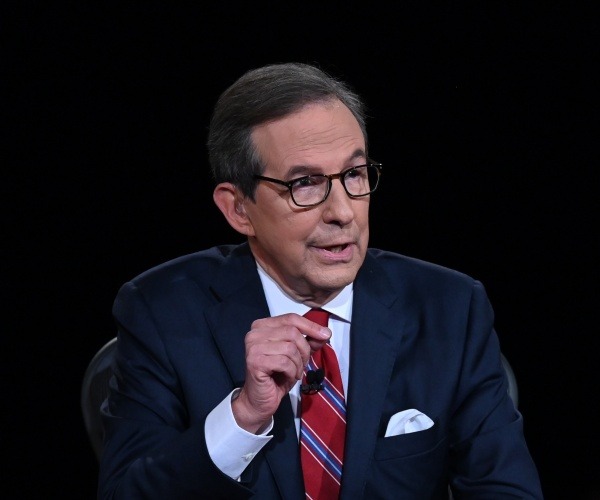 CLEVELAND, OHIO – SEPTEMBER 29: Debate moderator and Fox News anchor Chris Wallace directs the first presidential debate between U.S. President Donald Trump and Democratic presidential nominee Joe Biden at the Health Education Campus of Case Western Reserve University on September 29, 2020 in Cleveland, Ohio. This is the first of three planned debates between the two candidates in the lead up to the election on November 3. (Photo by Olivier Douliery-Pool/Getty Images)

Political strategists say the Fox News host’s inability to take control of the debate cross-talk, lack of pressing Biden to respond to questions, and constant interjections when the president was speaking all helped Biden.

“There were many moments during the debate where Chris Wallace appeared to be debating the president,” political strategist Jason Meister said, noting it was clearly a “2-on-1” matchup.

David Johnson, CEO of Strategic Vision PR Group, who has worked on election campaigns, said it looked like Wallace was “trying to be a cheerleader or referee on Joe Biden’s behalf.”

“The cards were stacked against Trump,” he said. “Not only did he have to debate Joe Biden, he had to debate Chris Wallace as well.”

At one point in time, Wallace and Trump were in a heated exchange that resulted in Wallace reminding the president he was debating Biden.

Trump responded with the opposite analysis. “I guess I’m debating you, not him,” Trump said to Wallace, adding, “But that’s OK, no surprise.”

After the debate, Trump posted an image on Twitter depicting himself as competing against both Biden and Wallace. In another tweet, the president called out the tag-team of Wallace and Biden he experienced during the debate again.

“Chris had a tough night,” he wrote. “Two on one was not surprising, but fun.”

Experts say there were plenty of questions that Wallace badgered Trump to respond to, but would let Biden get off easy without answering at all.

During the debate, Wallace asked Trump to disavow white supremacist groups, but Meister noted he didn’t ask Biden if he condemns antifa or Black Lives Matter, which are left-wing groups that have incited riots and violence as the country grapples with social unrest.

Meister also said that Wallace didn’t press Biden to answer whether he would support packing the courts, which is a term used for adding more justices to the Supreme Court. Some Democrats have said they would try to pack the court if they win control of Congress in an effort to retaliate against Trump’s decision to push his Supreme Court nominee through in the middle of the election.

“He shouldn’t have let him get away without answering it,” Meister said of the Supreme Court discussion.

Wallace pressed the president harder on subjects like his replacement plan for Obamacare and his reasoning for moving forward with a nominee to the Supreme Court.

Johnson said Wallace gave Biden easier questions, rushed to his defense in allowing him to explain his viewpoints, and didn’t stop him when he called Trump a clown. He called Wallace’s performance on Tuesday a “vast difference from 2016.”

Meister said there were many instances where Wallace wouldn’t let Trump speak and times where he laughed with Biden.

Some notable conservatives also took to social media to slam Wallace’s performance during the debate.

Political commentator Dinesh D’Souza tweeted that Biden was given a “handicap” in Wallace to make the debate “fair.”

“Like a disadvantaged fighter who is given a ‘handicap’ to make it fair, Biden tonight had a handicap, and his name was #ChrisWallace,” he wrote.

After the debate, Donald Trump Jr. slammed Wallace, telling Fox News’ Sean Hannity that Wallace is “no conservative, and he’s no centrist either.”

Johnson predicted that Wallace’s performance set the stage for what the next two debates will look like.

“Moderators always have a tilt toward the Democrats,” he said. “Last night we saw it nonstop.”