When we saw these tweets from George Papadopoulos, we thought we could help him out with some answers. If you can get them to George, please do.

Has congress figured out why Peter Strzok’s former boss, Bill Priestap, was in London (of all places) the days before Alexander Downer was sent to spy on me and lie about our meeting? If not, time to get a move on it.

Britain is in a political crisis. To push Brexit hard, declassifying the spy role of the David Cameron government on Trump and his team is paramount. Congress can not overlook the vital importance of London as the center of the coup attempt.

What was I REALLY under surveillance for then? Explosive https://t.co/AVGlfwi5ld

Our reply to George: 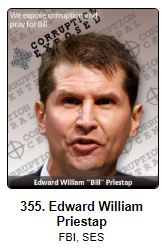 Bill Priestap was the Director of the FBI national security division and would have gone to the London CIA “office” for a meeting. There he would have met with Stefan Halper and Gina Haspel who was, at the time, head of the London CIA office and would have been in charge of the connections with Robert Hannigan (British GCHQ) and John Brennan who planned and executed the wiretapping of Trump Team at Trump Towers. Haspel’s communications, when released, will reveal the full scope of the CIA led international attack on the 2016 presidential election.

Gina Haspel would have known about the coup. If she has not reported all of this to the President Trump, she is complicit in the overthrow attempt and is guilty of HIGH TREASON.

Keep in mind, Peter Strzok was a CIA Regional Director who John Brennan appointed as the head of Crossfire Hurricane, the CIA counter-intelligence operation to “take out” candidate Trump – later it became the Mueller Witch Hunt after 13 different iterations spanning:

Bill Preistap was the supervisor for Strzok and Lisa Page who also worked for John Carlin in the Department of Justice National Security Division under Sally Yates. Then Strozk and Page continued their CIA operation as they were appointed to Mueller’s Special Council Investigation.

Gina Haspel worked directly for the instigator of the Crossfire Hurricane operation – John Brennan. It would have been impossible for Haspel not to have known about the British spying from London since it was reported in UK newspaper on a weekly basis. She certainly was controlling Stefan Halper, Josef Mifsud, Stephan Roh, Alexander Downer, Andrew Wood, John McCain, Mark Warner, Adam Schiff and the other conspirators.

All of these facts are well known and reported in open source documents. As the 53 testimonies of the House Intelligence Committee are released, we will see the house of cards all fall down and Gina Haspel will go with it. 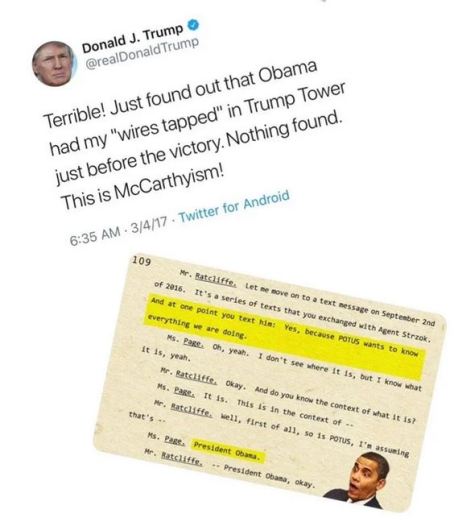