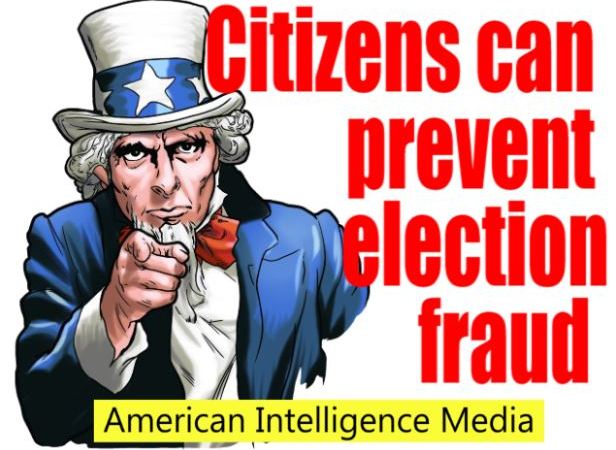 Washington State Put on Notice by Patriots for Election Corruption

Thanks to Jim Miller in Washington State for putting these officials on notice that patriots will not tolerate rigged elections.Below are some email correspondences that we want available for AIM Patriots assisting Jim in his efforts to clean up Washington State.

He has offered The Miller Plan for cleaning up election corruption in Washington State and has put all of these folks on notice and we present this to you on a public forum so that we can keep an eye on this.

If you are in Washington State, contact Jim and join the AIM team to unlock Washington for a MAGA win in November. info@freedomwashington.org . If you are in another state, look over this information and put your state officials on notice, just like Jim and Freedom Washington have.

You will find attached PDR The Miller Plan. This email is an official notice that you have received it.

Please review the document and begin to make preparations to put the plan in place for the 2020 election.

Given that our volunteers have been informed of the Miller Plan and are ready on notice,

Given that the SOS has previously implemented certain limited manual verification count of ballots,

Given that the writ of mandamus already describes in detail what needs to be in place,

We respectfully request that the you respond to our request no later than 10/1/2020 in order to facilitate the manual count procedure as described in the attached Action plan.

As President of the Washington State Association of County Auditors, I have been nominated to respond on behalf of our 39 county members.

Thank you for introducing us to Freedom Washington. Election administrators are always happy to hear of citizens passionate about education in civics, Washington State history, and the Washington State Constitution.

We read The Miller Plan with great interest. Like Freedom Washington, we are committed to practical procedures that increase the transparency, integrity, and trust of our elections process.

While we appreciate the intention, county election officials are unable to endorse The Miller Plan.  Auditors will continue to follow state law and administrative code.  We strongly believe that existing practices – set in law – are transparent and rigorous. And these practices validate the accuracy of ballot tabulation.

At least three days before each state primary or general election, we test the programming for each tabulation system.

The test verifies that the system will correctly count votes.

The test is observed by at least one representative from each major political party and is open to candidates, the press, and the public.

A Secretary of State representative is present at all state election L&A tests.

Prior to certification of the election every county auditor shall conduct an audit.

This is mandated, not optional. All 39 counties conduct this audit.

The audit compares the tabulated (digital) ballot with the original paper ballot.

The secretary of state determines when and how an audit should be expanded to include additional ballots when an audit results in a discrepancy.

Immediately after their tabulation, all ballots counted must be sealed in containers.

We also note that each time a mandatory manual recount occurs, 100% of the original paper ballots are hand counted and compared with the tabulated count.  These hand recounts of publicly elected offices have not revealed any discrepancies.  This is particularly true since counties have gradually adopted digital systems and moved away from less-sensitive optical readers.

And finally, we understand that you have concerns about the USB drive used to upload local results to the state’s reporting system. In addition to these USB drives being inspected, certified, and sealed by the OSOS Security Operations Center, local results are posted on each county’s website, independent of the state’s results reporting.  Even if someone in the state office were able to tamper with the aggregated state report, it would not alter the published local results.  I can assure you that the discrepancy would be quickly spotted by each and every county, as well as media.

Thank you for reaching out to us.

In an effort to reduce cybersecurity risks, all counties avoid opening attachments and clicking on links from outside sources.  If you need to respond, we’d appreciate text in the body an email.

JIM Summarizes the situation with a response that he has been giving on radio and YT interviews:

It is evident that you have mis-perceived the crux the shortcomings I have discovered in the WA election process specifically the tally verification process for both local and state totals. Since they are derived from the same media, one can only assume that they are the same report, which logically will ‘ALWAYS’ be the same. Without verification by a multi-partisan citizen panel to audit the ‘ballots, ‘ anything is possible with a software program; including read write options that change after logic tests of any number, responding to another set of instructions at will…including erasure of the program itself.

Software is ‘hidden and secret’ and by its nature breaks the multi-partisan chain of custody of the ballots in total, and the tally final that determines the election outcome. This is ‘self-evident’, ‘crystal clear’, and intuitively obvious, that the software cannot be ‘observed’ when being executed on the computer; and that only the ‘resultant’ of the instructions can be observed, thus no amount of citizen observation can change this fact. Observing the ‘sun rising in the East and setting in the West’ does in no way change the outcome of the Sun’s orbit. Citizen’s observations without comparative analysis by ‘human counting’ of the same ballot sets is the only acceptable method by which confidence in the election process can be made and ‘observed’.

I have clearly identified a breach and failure mode in the process. I would like to know how you are going to guard the vote going forward for this 2020 election?

Know that the ‘processes’ that the citizens are being asked to observe, are irrelevant in securing or even identifying the broken multi-party chain of custody (ballots and tally totals) because ‘humans’ cannot observe the digital representations in the silicon on the chip being manipulated by software programming to read/write data. Is is self-evident, crystal clear, and intuitively obvious that this is true…it is the ‘essence’ of computer programming. This ‘type of control’ behind the scene on the chip is what makes computers ‘useful’. A program can be written to ‘ERASE’ itself after execution…leaving no trace of its ‘deception’. The auditors in WA state are participating in this multi-partisan breaking of the chain of custody in the right to suffrage, and per the WA state constitution; Article 1; SEC 19 are breaking the law.

A defendant is not relieved of the consequences of a material misrepresentation by lack of knowledge when the means of ascertaining truthfulness are available. In appropriate circumstances, the government may establish the defendant’s knowledge of falsity by proving that the defendant either knew the statement was false or acted with a conscious purpose to avoid learning the truth. SeeUnited States v. West, 666 F.2d 16, 19 (2d Cir. 1981); Lange, 528 F.2d at 1288; United States v. Clearfield, 358 F. Supp. 564, 574 (E.D. Pa. 1973). Proof that the defendant acted with reckless disregard or reckless indifference may therefore satisfy the knowledge requirement, when the defendant makes a false material statement and consciously avoids learning the facts or intends to deceive the government. See United States v. Schaffer, 600 F.2d 1120, 1122 (5th Cir. 1979).”

Thus you have been notified. The solution has been provided with the Miller Plan. The question stands: “What steps, knowing the process failure, are you going to take, for the 2020 election to safeguard the vote in WA state?”