Why Are Health Officials Demanding The Public Be Tested When Covid Tests Don’t Work?? 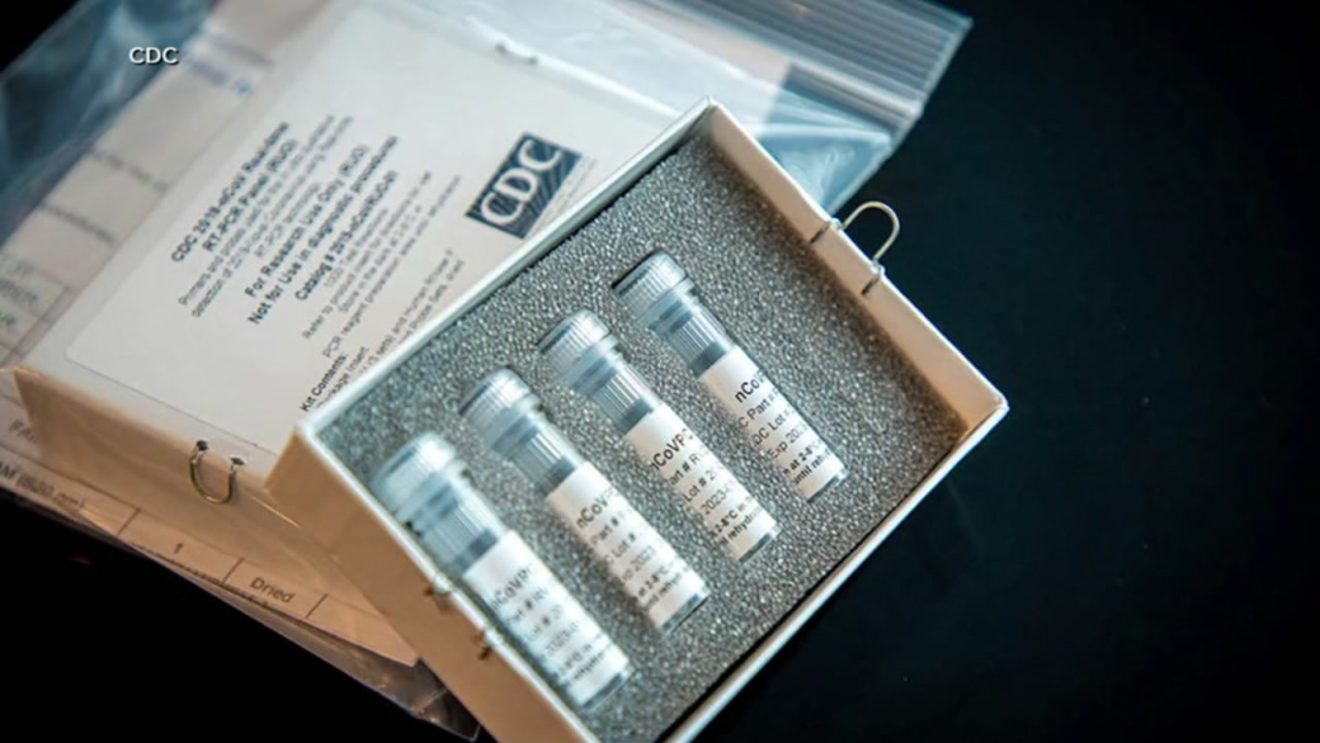 As evidence mounts that the “gold standard” test for detecting COVID-19 is unreliable, why are health officials around the world calling for more tests?

In the months since the COVID-19 panic began health authorities around the world have told the public to “get tested” to help track the spread of SARS-CoV-2. However, as fear and hysteria subside, the scientific community and public at large are calling into question the efficacy of the test used to determine a patients status. This article is a brief examination of the evidence that the PCR test is unreliable and should not be used as a determinant for the number of COVID-19 cases or as a factor in political decisions.

On August 31, I attended a press conference in Houston to ask the Mayor and Houston Health Authority about reports regarding problems with the Texas Department of State Health Services’ numbers on COVID-19 cases. TLAV has previously reported on these concerns with the COVID-19 case numbers in Texas. I also had a chance to ask Houston Health Authority Dr. David Persse about concerns around the test used to detect COVID-19.

The most common test is a polymerase chain reaction (PCR) lab test. This incredibly sensitive technique was developed by Berkeley scientist Kary Mullis, for which he was awarded the Nobel Prize in 1993. The test is designed to detect the presence of a virus by amplifying the virus’ genetic material so it can be detected by scientists. The test is viewed as the gold standard, however, it is not without problems.

The PCR test uses chemicals to amplify the virus’s genetic material and then each sample goes through a number of cycles until a virus is recovered. This “cycle threshold” has become a key component in the debate around the efficacy of the PCR test.

Dr. Persse says that when the labs report numbers of COVID-19 cases to the City of Houston they only offer a binary option of “yes” for positive or “no” for negative. “But, in reality, it comes in what is called cycle-thresholds. It’s an inverse relationship, so the higher the number the less virus there was in the initial sample,” Persse explained. “Some labs will report out to 40 cycle-thresholds, and if they get a positive at 40 – which means there is a tiny, tiny, tiny amount of virus there – that gets reported to us as positive and we don’t know any different.”

Persse noted that the key question is, at what value is someone considered still infectious?

“Because if you test me and I have a tiny amount of virus, does that mean I am contagious? that I am still infectious to someone else? If you are shedding a little bit of virus are you just starting? or are you on the downside?,” Dr. Persse asked in the lobby of Houston City Hall. He believes the answer is for the scientific community to set a national standard for cycle-threshold.

Unfortunately, a national standard would not solve the problems expressed by Dr. Persse and others.

UK Parliament and Scientists Have Concerns About PCR Test

In the first weeks of September a number of important revelations regarding the PCR test have come to light. First, new research from the University of Oxford’s Center for Evidence-Based Medicine and the University of the West of England found that the PCR test poses the potential for false positives when testing for COVID-19. Professor Carl Heneghan, one of the authors of the study, Viral cultures for COVID-19 infectivity assessment – a systematic review, said there was a risk that an increase in testing in the UK will lead to an increase in the risk of “sample contamination” and thus an increase in COVID-19 cases.

The team reviewed evidence from 25 studies where virus specimens had positive PCR tests. The researchers state that the “genetic photocopying” technique scientists use to magnify the sample of genetic material collected is so sensitive it could be picking up fragments of dead virus from previous infections. The researchers reach a similar conclusion as Dr. David Persse, namely that, “A binary Yes/No approach to the interpretation RT-PCR unvalidated against viral culture will result in false positives with segregation of large numbers of people who are no longer infectious and hence not a threat to public health.”

Heneghan, who is also the the editor of BMJ Evidence-Based Medicine, told the BBC that the binary approach is a problem and tests should have a cut-off point so small amounts of virus do not lead to a positive result. This is because of the cycle threshold mentioned by Dr. Persse. A person who is shedding an active virus and someone who has leftover infection could both receive the same positive test result. He also stated that the test could be detecting old virus which would explain the rise in cases in the UK. Heneghan also stated that setting a standard for the cycle threshold would eliminate the quarantining and contact tracing of people who are healthy and help the public better understand the true nature of COVID-19.

The UK’s leading health agency, Public Health England, released an update on the testing methods used to detect COVID-19 and appeared to agree with Professor Heneghan regarding the concerns on the cycle threshold. On September 9, PHE released an update which concluded, “all laboratories should determine the threshold for a positive result at the limit of detection.”

This is not the first time Heneghan’s work has directly impacted the UK’s COVID-19 policies. In July, UK health secretary Matt Hancock called for an “urgent review” of the daily COVID-19 death numbers produced by Public Health England after it was revealed the stats included people who died from other causes. The Guardian reported:

“The oddity was revealed in a paper by Yoon K Loke and Carl Heneghan of the Centre for Evidence-Based Medicine at Oxford University, called “Why no one can ever recover from Covid-19 in England – a statistical anomaly”.

Their analysis suggests PHE cross-checks the latest notifications of deaths against a database of positive test results – so that anyone who has ever tested positive is recorded in the COVID-19 death statistics.

A Department of Health and Social Care source said: ‘You could have been tested positive in February, have no symptoms, then hit by a bus in July and you’d be recorded as a COVID death.’”

Only days after Hancock called for the review of PHE data, the UK government put an immediate halt to its daily update of death numbers from COVID-19.

On September 8, Heneghan tweeted out another study on the limitations of the PCR test. The study, “SARS-CoV-2 Testing: The Limit of Detection Matters”, examines the limit of detection (LoD) for RNA. The researchers note similar problems with the PCR test and the cycle threshold, concluding, “the ultimate lesson from these studies bears repetition: LoD matters and directly impacts efforts to identify, control, and contain outbreaks during this pandemic.”

Heneghan also recently told the BMJ , “one issue in trying to interpret numbers of detected cases is that there is no set definition of a case. At the moment it seems that a polymerase chain reaction (PCR) positive result is the only criterion required for a case to be recognised.”

“In any other disease we would have a clearly defined specification that would usually involve signs, symptoms, and a test result,” Heneghan explained. “We are moving into a biotech world where the norms of clinical reasoning are going out of the window. A PCR test does not equal covid-19; it should not, but in some definitions it does.”

Heneghan says he is concerned that as soon as there is the appearance of an outbreak there is panic and over-reacting. “This is a huge problem because politicians are operating in a non-evidence-based way when it comes to non-drug interventions,” he stated.

The Evidence For False Positives Is Overwhelming

A recent report from NPR outlines the dangers of false positives with the PCR tests. Andrew Cohen, director of the Center for Research on Aquatic Bioinvasions, was hired by the state of California to study an invasion of non-native mussels. The researchers took water samples and used a PCR test to search for genetic material from the mussels. After the tests came back overwhelmingly positive, Cohen grew suspicious.

“I began to realize that many of these — if not all of these — were false positives, especially when they started being reported in waters that had chemistry that would not allow the mussels to reproduce and establish themselves,” he told NPR. NPR notes that, depending on the lab, there was a 2 to 8 percent false positive rate.

Once COVID-19 was declared a pandemic, Cohen said he began asking if the reports of people with absolutely no symptoms and positive PCR test results could be false positives. “I began wondering whether these asymptomatic carriers weren’t in large part or in whole part the human counterparts of those false-positive results of quagga and zebra mussels in all those water bodies across the West,” he said.

Cohen emphasized the importance of researchers taking potential false positive PCR results seriously. “As near as we can tell, the medical establishment and public health authorities and researchers … appear to be assuming that the false-positive rate in in the PCR based test is zero, or at least so low that we can ignore it.”

Cohen is correct that the scientific authorities need to take false positives seriously, especially when a person can be sent to isolate or quarantine for weeks due to a positive test result. Even the U.S. FDA’s own fact sheet on testing acknowledges the dangers posed by false positives:

“The CDC 2019-nCoV Real-Time RT-PCR Diagnostic Panel has been designed to minimize the likelihood of false positive test results. However, in the event of a false positive result, risks to patients could include the following: a recommendation for isolation of the patient, monitoring of household or other close contacts for symptoms, patient isolation that might limit contact with family or friends and may increase contact with other potentially COVID-19 patients, limits in the ability to work, the delayed diagnosis and treatment for the true infection causing the symptoms, unnecessary prescription of a treatment or therapy, or other unintended adverse effects.”

A CDC fact sheet also acknowledges the possibility of false positives with the PCR test.

Professor Heneghan believes the confusion around COVID-19 has come as a result of a shift away from “evidence-based medicine.” In a recent opinion piece published at The Spectator, Heneghan and Tom Jefferson, a senior associate tutor and honorary research fellow at the Centre for Evidence-Based Medicine, University of Oxford, wrote that patients have become a “prisoner of a system labelling him or her as ‘positive’ when we are not sure what that label means.” The two scientists offer this conclusion and warning:

Governments are producing a series of contradictory and confusing policies which have a brief shelf life as the next crisis emerges. It is increasingly clear the evidence is often ignored. Keeping up to date is a full time occupation, and the advances of the last 30 years have at best been put on hold.

The duties of a good doctor include working in partnership with patients to inform them about what they want or need in a way they can understand, and respecting their rights to reach decisions with you about their treatment and care. Questions need to be asked as to how this will occur if you don’t see your doctor, particularly if all you have to do is queue in at a drive in to get your answer.

And ultimately what is a ‘good test’? We think it’s the test which helps your doctor narrow the uncertainty around the origins and management of your problem.