Corona Craziness Taken To Extremes in the United Kingdom 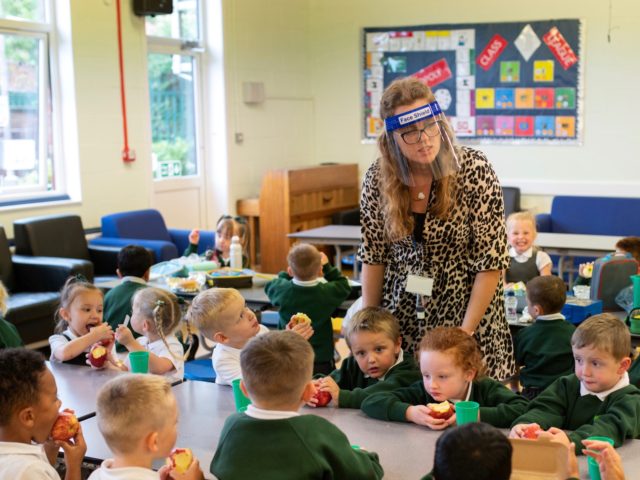 School pupils across the United Kingdom are being banned from singing Happy Birthday in class over fears that it will increase the spread of the Chinese coronavirus.

Pupils in some schools are being told they can hum and clap the birthday tune, others are having students merely say the words of the song, while some teachers are playing the YouTube videos of other children singing as their actual pupils sit silently.

Up to this point, singing — which some claim increases the number of aerosol particles and droplets containing the virus — had been banned in pubs and churches across the country but was still permitted in schools.

In March, Prime Minister Boris Johnson encouraged people to sing two verses of the birthday song while washing their hands in order to gauge the twenty seconds recommended by the government.

Parents are also being barred from sending birthday cakes to schools over fears that cakes will transmit the virus, according to The Sun.

Christine Brett, a mother of two from Cambridge, said: “A few months children were encouraged to sing Happy Birthday while washing their hands. Now even this is banned along with bringing in sweets to share with their friends and classmates.”

“Instead of being able to enjoy their special day happily, these precious memories will no longer be made and the lasting impact this crisis will have on children’s wellbeing will be the fear that we are instilling into them,” Brett warned.

The Department for Education said that there is no country-wide rule banning singing in classrooms and that each school will have to make that determination themselves. However, the government did urge schools to put in “safety measures” when singing or playing musical instruments, such as conducting the music outdoors.

“Singing, wind and brass playing should not take place in larger groups such as choirs and ensembles, or assemblies unless significant space, natural airflow (at least 10l/s/person for all present, including audiences) and strict social distancing and mitigation as described below can be maintained,” the Department for Education stated.

Pupils are also being forced to endure cold temperatures as the government guidelines mandate that classrooms keep windows open in order to reduce transmission of the virus, with parents reporting that their children are returning home in tears with blue skin and chattering teeth.

The official guidance from the government states that it is “important to ensure good ventilation and maximising this wherever possible, for example, opening windows and propping open doors”.

A survey conducted by the parent campaign group UsForThem also found that many students are being forced to sit for hours in wet PE (Physical Education) clothes as the government has banned changing clothes in schools.

According to the president of the Royal College of Paediatrics and Child Health, Professor Russell Viner, a study conducted by Public Health England (PHE) found that there is “very little evidence” that the Chinese virus is being spread in schools.