Here’s how they’re rolling out the mandatory vaccine state by state, nation by nation! 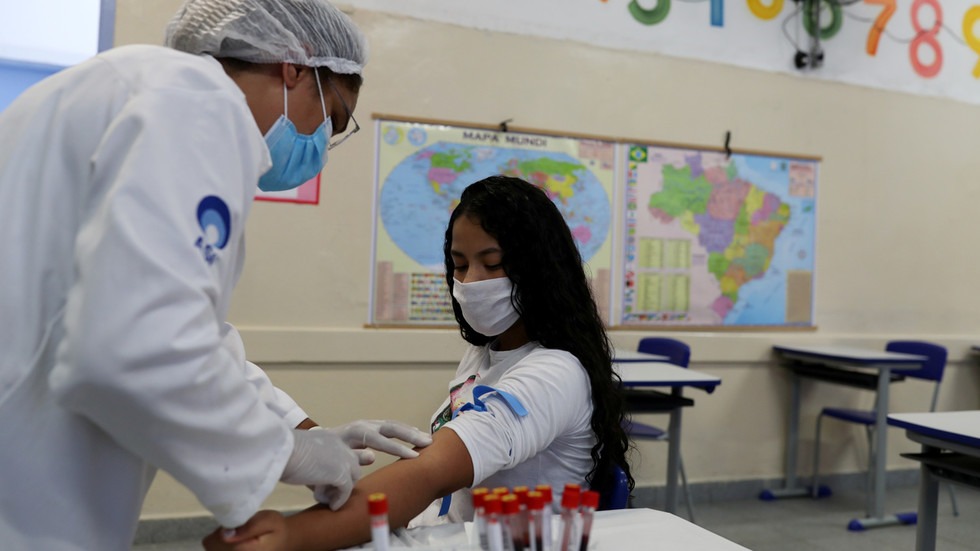 FILE PHOTO: A medical worker prepares to take a blood sample from a student for a Covid-19 test at a school in Sao Paulo, Brazil October 1, 2020. © Reuters/Amanda Perobelli

The head of Brazil’s most populous state has promised that the vaccination for Covid-19 will be compulsory for its residents. The statement quickly led to a clash with the country’s president.

Sao Paulo Governor Joao Doria told reporters that immunization will start once the vaccine is authorized by the National Health Surveillance Agency (ANVISA).

“In Sao Paulo it will be mandatory, except for those with a medical note and a certificate stating that they cannot [take the vaccine],” Doria said, explaining that the state will adopt necessary regulations for the measure.

Local media reported that the Sao Paulo government hopes to have the Chinese CoronaVac vaccine approved by the regulator in time to start vaccination of medical staff in December. The trials are expected to be completed this weekend, with the results ready on Monday.

Apparently reacting to Doria’s comments, President Jair Bolsonaro wrote on social media that the Health Ministry will provide vaccination “without making it mandatory.” He cited two laws saying that it is the job of the federal government to determine whether to carry out compulsory vaccination.

Bolsonaro, who recovered from Covid-19 in July, previously stated that “no one can force anyone to get a vaccine.” Critics have been accusing him of downplaying the extent of the pandemic, with Doria warning the president against “politicizing” the vaccine.

Brazil has had more than 5.2 million Covid-19 infections since the start of the outbreak, according to Johns Hopkins University. Over 153,200 people have died in Brazil, which is the second-highest death toll from the coronavirus, after the US.