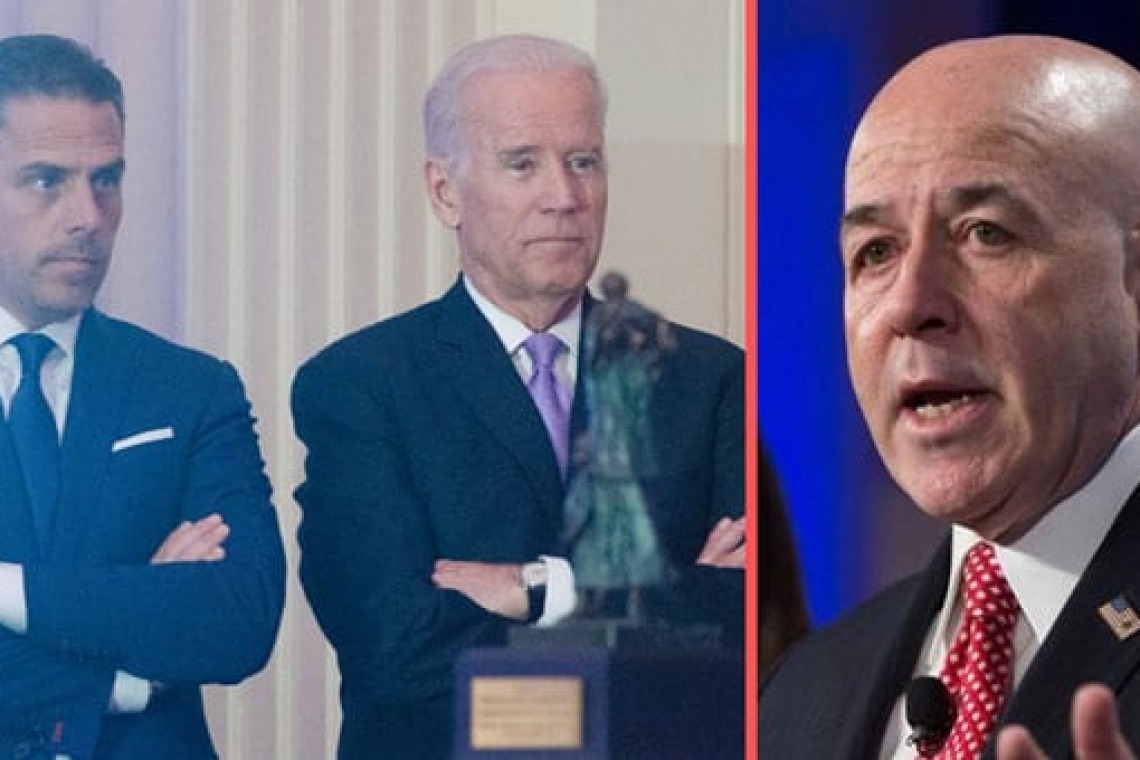 Bernard B. Kerik, 40th Police Commissioner of the New York City Police Department, has declared that Joe Biden and his family “belong in handcuffs” after revealing that he has “personally”reviewed the contents of Hunter Biden’s hard drive.

Kerick says he’s seen the “images, emails, and other documents [that] were on Hunter’s cell phone and computer” – most of which has yet to be made public – and is now calling on the Department of Justice to arrest “Hunter, James[Joe’s brother], and Joe Biden.”

However, Kerik goes on to warn that the nature of the drive’s content means the Bidens have “bigger problems” to worry about than just an FBI investigation.

“Hunter and @JoeBiden have bigger problems than @RudyGiuliani and the @FBI,” Kerik added.

“These images, emails, and other documents were on Hunter’s cell phone and computer… which means the Ukrainian and Chinese intelligence networks has them as well.

“Who allowed him on Air Force Two?”

A top lawmaker has now also responded to the latest series of negative news reports surrounding Democrat presidential nominee Joe Biden by calling for a “criminal investigation” into the Biden family.

Zeldin’s call for a criminal investigation into the Biden family comes after Fox News reported late on Friday evening that it had corroborated information from the leaked emails.

The network reports that a person who was on an email thread with Joe Biden’s son, Hunter Biden, confirmed that the emails were accurate.

Fox News’s report focused on just a small portion of the emails that have been released.

The thread appeared “to outline a payout for former Vice President Joe Biden as part of a deal with a Chinese energy firm.”

“One email, dated May 13, 2017, and obtained by Fox News, includes a discussion of ‘remuneration packages’ for six people in a business deal with a Chinese energy firm,” Fox News reported.

“The email appeared to identify Biden as ‘Chair / Vice Chair depending on agreement with CEFC,’ in an apparent reference to now-bankrupt CEFC China Energy Co.

“The email includes a note that ‘Hunter has some office expectations he will elaborate.’

“Fox News spoke to one of the people who was copied on the email, who confirmed its authenticity.”

Multiple sources reportedly told Fox News that “the big guy” was a reference to the former vice president.