Big Tech comes out of the Deep State closet, Goes all in against Trump 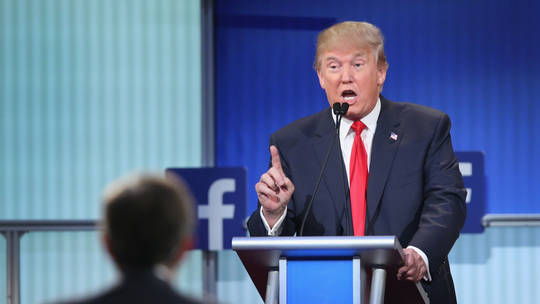 A super PAC bankrolled by Silicon Valley moguls is preparing a massive TV advertising campaign to help boost Democratic candidate Joe Biden against President Donald Trump in the final days before the 2020 US election.

The $100-plus million blitz includes at least $22 million from Facebook co-founder Dustin Moskovitz, according to an exclusive report from Recode, a subdivision of Vox. Another Democratic megadonor involved is former Google and Alphabet CEO Eric Schmidt, currently advising the Pentagon on technology innovation.

Called Future Forward, the super PAC has filed federal paperwork on Tuesday disclosing that it has raised $66 million between September 1 and October 15. It has contracted for $106 million of TV ads between September 29 and November 3, according to media tracking firm Advertising Analytics. This makes it the largest Biden booster outside the Democrats’ campaign itself, already a fundraising juggernaut.

Moskovitz has also donated millions to the Voter Participation Center and Vote Tripling, pro-Democrat groups that work on voter turnout.

Recode also reported that Future Forward “has been recommended in private communications by the team of Reid Hoffman.” He is the LinkedIn co-founder and Democratic megadonor previously caught funding a disinformation campaign during the 2017 special Senate election in Alabama, in which a company called New Knowledge created a Twitter army of ‘Russian bots’ pretending to back the Republican candidate. It was unclear from the Recode story whether Hoffman had contributed any funding to Moskovitz’s super PAC.

Google’s Schmidt has backed the Democrats before, going so far as serving as an adviser to Hillary Clinton’s presidential campaign and showing up on election night at her headquarters with a campaign “staff” badge. Moskovitz himself sank $20 million into Clinton’s campaign in 2016.

It’s not just CEOs of Big Tech that are boosting the Democrats, either. In June, the Center for Responsive Politics – which runs OpenSecrets.org – revealed that employees of Amazon, Alphabet, Amazon, Facebook and Microsoft have donated $15 million to Democrats and only $3 million to Republicans. At some companies, the ratio was far higher – 98 percent at Netflix and 77 percent at Amazon, for example.

The skew in donations has only fueled the Republicans’ frustration with censorship on the social media platforms. In the name of preventing “disinformation,” Facebook, Google and Twitter have engaged in mass purges of users in the past months, repeatedly changed the rules as to what would be allowed regarding the election, and censored government officials – including President Trump himself – for what they decided was ‘problematic’ content.

So far, however, the GOP’s response has been confined to words. The practical steps undertaken by the Trump administration – such as Tuesday’s antitrust action against Google by the Department of Justice – appears to be following the recommendations of House Democrats.