Kamala Harris shows up as “Key Contact” for Biden business deal in China—WOW! 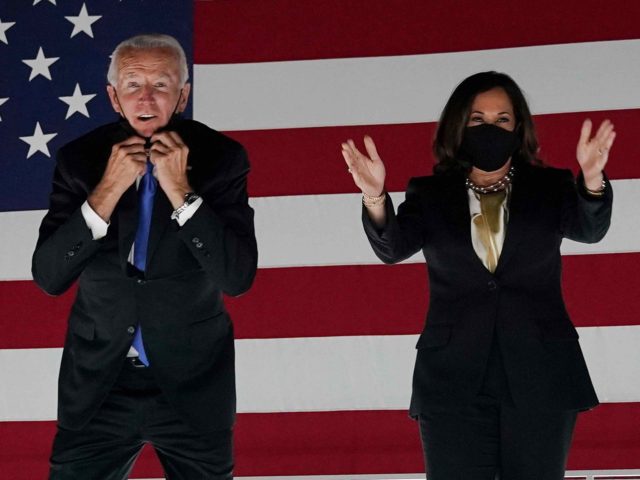 by JOEL B. POLLAK
Breitbart.com

Sen. Kamala Harris (D-CA) was reportedly listed as one of several “key domestic contacts” for a Chinese business venture proposed in 2017 by Hunter Biden and James Biden, the son and brother of former Vice President Joe Biden, respectively.

An email exclusively obtained by Fox News, with the subject line “Phase one domestic contacts/ projects” and dated May 15, 2017, Biden’s brother, Jim Biden, shared a list of “key domestic contacts for phase one target projects.”

It is unclear if any of the Democrats were ever contacted about the “target projects.”

Last week, the New York Post revealed Hunter Biden’s venture in China, citing emails in which he said that a deal could be “interesting for me and my family” and that 10% of the equity in a new firm would be “held … for the big guy.”

On Wednesday evening, Breitbart News reported that one of the recipients of Hunter Biden’s emails, Tony Bobulinski, confirmed that “the big guy” was a reference to Joe Biden himself.

Bobulinski also said in a statement to the press: “I’ve seen Vice President Biden saying he never talked to Hunter about his business. I’ve seen firsthand that that’s not true, because it wasn’t just Hunter’s business, they said they were putting the Biden family name and its legacy on the line.”

The Biden family partners are often foreign governments, where the deals occur in the dark corners of international finance like Kazakhstan, China, Costa Rica, Jamaica, Ukraine, and Russia. Some deals have even involved U.S. taxpayer money. The cast of characters includes sketchy companies, violent convicted felons, foreign oligarchs, and other people who typically expect favors in return.

The Bidens leverage political power not only for generating deals, but also for the opportunities to quietly develop the financial resources of wealthy friends for the benefit of the family. Friends that help the Bidens can count on Joe to grant them governmental favors.

Though Biden has tried to dismiss recent stories about Hunter Biden’s emails as a “smear” campaign, no one has yet disputed the authenticity of the emails released by the Post, Breitbart News, Fox News, and others.